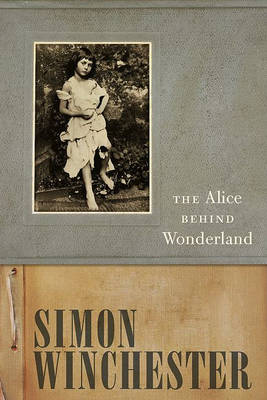 The Alice Behind Wonderland

On a summer’s day in 1858, in a garden behind Christ Church, Oxford, Charles Dodgson, AKA Lewis Carroll, photographed six-year-old Alice Liddell, the daughter of the college dean, with a Thomas Ottewill Registered Double Folding Camera, recently purchased in London. In The Alice Behind Wonderland, Simon Winchester uses the resulting image as the vehicle for a brief excursion behind the lens, a focal point on the origins of a classic work of literature. In the short excerpt from the book, below, Winchester writes about the pictures of children he took in the years before he photographed Alice Liddell.

Portraiture was what most interested Dodgson, and one assumes he began making images of people from the moment his skills had developed enough to allow him to assert his independence from [his friend and fellow photographer, Reginald] Southey. His first attempts have not survived—but principally, most scholars think, because he was not satisfied with their quality, and, being a fastidious man, a perfectionist, he wanted his art to be worthy of posterity. There are just two presumed self-portraits from this time—one showing him standing by a table and looking down, which is held today in a library in Surrey, the second in the same pose but looking up, which is in the Morgan Library in New York. Both are catalogued in Dodgson’s curiously blocky hand—and in his signature violet ink. They bear the numbers 15 and 16, suggesting there were many others that were either lost or discarded.

Once the long vacation of 1856 started, Dodgson was able to travel beyond Oxford, and he made the conscious decision to take along his camera, the folding darkroom and its chemicals, and all the other paraphernalia. There is some forensic suggestion—mainly from a paper trail of halfway reasonable portraits, some of his family and others of strangers—that he went first home, to Croft. But the most important photographs from this period were taken when he arrived in the second week of June to stay at the house of his paternal uncle Hassard Hume Dodgson, in Putney.

Like Dodgson’s maternal uncle Skeffington Lutwidge, Hassard Dodgson was a barrister, and the holder of another title of Victorian folderol—the Master of the Common Pleas. He was well connected and comfortably off, and lived in a mighty Victorian redbrick pile beside the Thames, Park Lodge. So Dodgson spent his two early summer weeks that year in an atmosphere of congenial relaxation, traveling occasionally into London to exhibits at the Royal Academy and the Society of Watercolourists, as well as visiting Sir Jonathan Pollock—to whom he would in time be distantly related by marriage. Pollock, who, in addition to being a council member of the newly constituted Photographical Society of London and a mathematician (a student of Fermat’s theorem), was at the time one of England’s leading judges, famous for his role in the interminable case of Wright v. Tatham, which many believe was the eight-year-long inspiration for Jarndyce v. Jarndyce in Dickens’s great novel Bleak House . Dodgson went to see this formidable personage for advice: he returned entirely convinced that portraiture was to be his métier.

During those two June weeks he worked his way with great deliberation and assiduity through the entire range of subjects who lived in or turned up at Uncle Hassard’s home. There was Hassard himself, then his wife, Caroline Hume, and an assortment of nephews and nieces and friends. Most of them were girls, whose names—Lucy, Laura, Charlotte, Amy, Katherine, and Millicent—far outnumbered those for boys.

One picture from that London interlude stands out: the one he took on the afternoon of June 19, 1856, of the four-year-old daughter of a senior civil servant who also served as the British emissary to Canada, Sir Thomas Murdoch. The Murdochs had heard of the photographic sessions under way in the drawing room over at Park Lodge and had seen some of the results. They wanted their four small children to be memorialized in collodion print by this charmingly shy and stammering Oxford parson, and so brought them round for tea.

Dodgson was immediately captivated by Alice Murdoch, a slightly chubby-cheeked little girl with long brown hair and an upturned nose. Her parents had clearly dressed her for the occasion, in a gingham smock with a lace collar and sleeves. Dodgson seated her on a high-backed chair of carved teak, then probably talked soothingly to her while he fussed with the chemicals, daubing them onto the glass slide—and finally, after tucking her legs up under her voluminous skirt so that she almost seemed to be perched without support on top of the chair’s cushion, he bade her be still and took her picture. She remained perfectly still; in the resulting image her face is frozen, her mouth turned slightly down, every feature fixed with inexpressive resignation, displaying neither irritation nor joy, nor any of the many moods of childhood.

It is a portrait quite lacking in emotion, and it was judged severely for revealing too little communion between artist and subject, and for having an uneasy stiffness about it. That is all as may be; the fact is that Portrait of Alice Murdoch, 1856, offers up a milestone: it was the first proper picture of a small girl that Dodgson ever took. It initiated what would be a quarter-century quest to capture all the unmitigated charm and delight of the young girls who would befriend him and who he, in turn, would befriend.

Simon Winchester is the author of the bestselling books The Surgeon of Crowthorne, The Meaning of Everything, The Map that Changed the World, Krakatoa, Atlantic, and The Man Who Loved China. In recognition of his accomplished body of work, he was awarded the OBE in 2006. He lives in Massachusettes and in the Western Isles of Scotland.