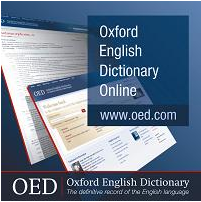 Last week we prepared for the Academy Awards by discussing words and phrases coined from film (twitterpated, to bogart, party on) as well as linguistic choices in film this year (Winkelvii, ballerina lingo, The Kids are All Right, not alright) . While watching the awards last night it occurred to me that we failed to address one of the most important cinematic words of all time: dude. Or in the parlance of our time: The Dude.

But before we get to Lebowski (who, thanks to Sandra Bullock, did get a shout-out last night) let’s go back 30 years, when Hollywood gave us surfer dude. According to Matt Kohl, Senior Editorial Researcher at the OED:

The negative stigma resulted from earlier Hollywood portrayals of surf culture, which were by and large unflattering, especially with respect to intelligence. Spicoli in Fast Times (1982) is a pretty iconic example.

15+ years later, we get Lebowski from the Coen brothers. Though there are some indications of Spicoli in him: long hair, shabby attire, and a relaxed attitude toward drug-use and the law, it’s evident right away that The Dude isn’t derivative of Fast Times, Bill & Ted, or any other 80s dude convention…For the generation of viewers that fell in love with The Big Lebowski, dude took on a whole new meaning.

While the Cohen brothers’ dude continues to have positive associations, religious adherence in some cases  (see: dudeism, Lebowski Fest), the surfer sense of dude has seen substantial backlash in the last 5-10 years. As Matt told me:

Now some surfers won’t use the word at all. In fact, there’s a making-of feature in Riding Giants, which is one of the more high-profile surf movies to come out recently, in which the director talks about the fact that none of the surfers featured in his movie uses “dude” or any of that beach-stoner vernacular.

Where Dude Originally Came From

When the term first entered the United States in the late 1800s it was, according to the OED, “American slang for a new kind of American young man.” Katherine Martin, Senior Editor at the OED,  explained to me exactly who this new kind of man was:

In the original meaning it is more or less synonymous with “dandy,” and applied disparagingly to men regarded as taking too great an interest in their dress, with connotations of an unbecoming effeminacy.

According to one entry in the OED, this new style was blamed on “cheap” British novels.  In 1886 Andrew Lang wrote in Longman’s Magazine:

Probably the most diverting of the comments by American authors on copyright were Mark Twain’s endeavours to prove that cheap foreign books are bad for American manners and American morals. Our novels establish a false ideal in the American imagination, and the result is that mysterious being ‘The Dude.’

But today, Katherine told me, dude has surpassed gender and lost any sense of “questionable manliness.” Females  too are dudes (not dudines). My favorite example in the OED, from the movie Clueless:

Dionne: Dude!
Cher: Girlfriend!
(They start to do a high five.)