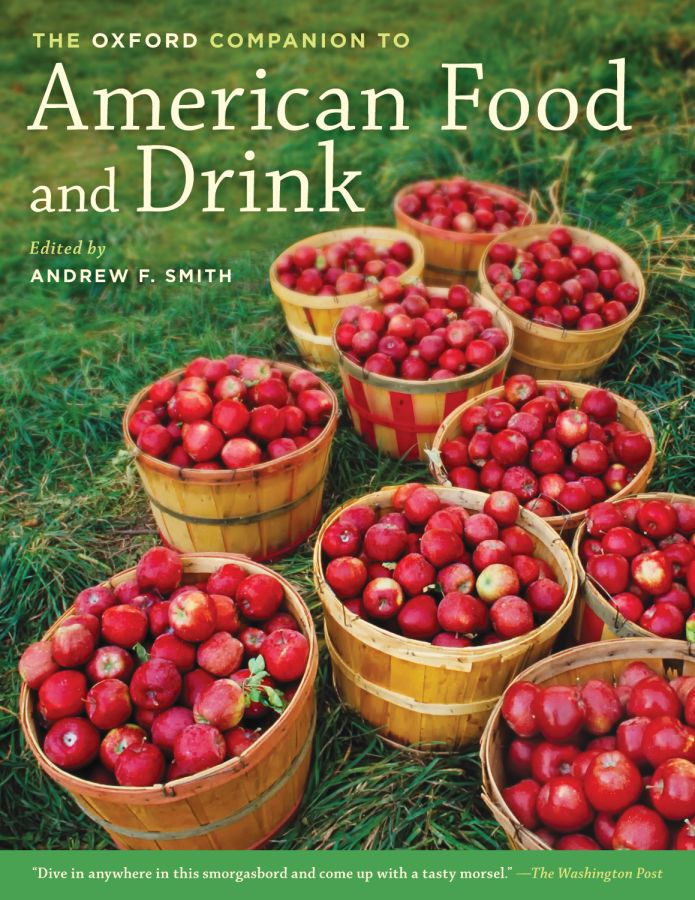 Young children in the US are often taught that the tradition of Thanksgiving began with a friendly meal between the Pilgrims and Native Americans. In school, they make buckle hats out of construction paper and trace their hands to make turkey drawings, all in anticipation of the great Thursday feast. If asked, I’m sure most Americans wouldn’t actually know the origins of the Thanksgiving tradition as we practice it today. Below is an excerpt from The Oxford Companion to American Food and Drink (edited by renowned food historian Andrew F. Smith) which explains just how the modern holiday came to be. Have a happy Thanksgiving everyone!      -Lauren Appelwick, Blog Editor

The driving force behind making Thanksgiving a national holiday was Sarah Josepha Hale, who was born in 1788 in Newport, New Hampshire. After her husband’s death, Hale turned to writing to generate money. Her novel Northwood: A Tale of New England (1827) included an entire chapter devoted to a Thanksgiving dinner. Its publication brought Hale fame, and she ended up as editor for Godey’s Lady’s Book, the most influential women’s magazine in the pre-Civil War era. For seventeen years Hale campaigned to proclaim the last Thursday in November Thanksgiving Day. Hale encouraged other magazines to join the quest of making Thanksgiving a national holiday, and many published Thanksgiving-related stories, poems, and illustrations. During the Civil War, Hale redoubled her efforts. A few months after the North’s military victories at Gettysburg and Vicksburg in the summer of 1863, President Abraham Lincoln declared the last Thursday in November a national day of thanksgiving. Every president since has proclaimed Thanksgiving Day a national holiday.

By the late 1880s the concept of a Pilgrim-centered Thanksgiving had blossomed in popular books. Thanksgiving plays were produced annually, and many schools offered special dinners based on fictional visions of life in Plymouth in 1621. This curriculum spawned a large body of children’s literature focused on the Pilgrims and the “first Thanksgiving.” These myths were enshrined in books, magazines, and artworks during the twentieth century.

The rapid adoption of the Pilgrim Thanksgiving myth had less to do with historical fact and more to do with the hundreds of thousands of immigrants from southern and eastern Europe flooding into the United States. Because the immigrants came from many lands, the American public education system needed to create an easily understood history of America. The Pilgrims were an ideal symbol for America’s beginning, so they became embedded in the nation’s schools, as did the Thanksgiving feast.