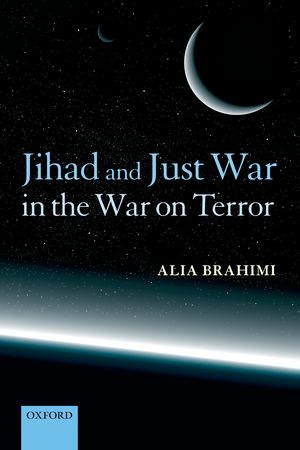 Jihad and Just War in the War on Terror

The air freight bomb plot should be understood as part of al-Qaeda’s pervasive weakness rather than its strength. The intended targets, either a synagogue in Chicago and/or a UPS plane which would explode over a western city, were chosen as part of the attempt to re-focus al-Qaeda’s violence back towards western targets and pull the jihad away from the brink.

Indeed, things haven’t worked out the way Osama bin Laden hoped they would.

Quoting such diverse sources as Carl von Clausewitz, Mao Zedong, Vo Nguyen Giap and Peter Paret, al-Qaeda strategists had repeatedly emphasised the pivotal importance of attracting the support of the Muslim masses to the global jihad. For Abu Ubeid al-Qurashi, the absence of popular support meant that the mujahidin would be no more than a criminal gang. ‘It is absolutely necessary that the resistance transforms into a strategic phenomenon’, argued Abu Mus’ab al-Suri, time and time again.

However, despite the open goal handed to bin Laden by the US-led invasion of Iraq and the increased relevance and resonance of his anti-imperial rhetoric from 2003-2006, he failed to find the back of the net. His crow to Bush about Iraq being an ‘own goal’ was decidedly premature. The credibility of bin Laden’s claim to be acting in defence of Muslims exploded alongside the scores of suicide bombers dispatched to civilian centres with the direct intention of massacring swathes of (Muslim) innocents.

Moreover, where al-Qaeda in Iraq gained control over territory, as in the Diyala and Anbar provinces, the quality of life offered to the Iraqi people was a source of further alienation: music, smoking and shaving were banned, women were forced to take the veil, punishments for disobedience included rape, the chopping of hands and the beheading of children. Brutality was blended with farce as female goats were killed because their parts were not covered and their tails turned upward.

In the end, bin Laden’s ideology, which relied first and foremost on a (poetic) narrative of victimhood, became impossible to sustain. Bin Laden’s project is profoundly moral. He casts himself as the defender of basic freedoms. He eloquently portrays his jihad as entirely defensive and al-Qaeda as the vanguard group acting in defence of the umma. He maintains that all the conditions for a just war have been met.

In reality, however, all of his just war arguments – about just cause, right authority, last resort, necessity, the legitimacy of targeting civilians – are based on one fundamental assumption: that al-Qaeda is defending Muslims from non-Muslim aggressors. As such, it is essential that (1) al-Qaeda stops killing Muslims and (2) al-Qaeda starts hitting legitimate western targets and the regimes which enable the alleged western encroachment.

The emergence of al-Qaeda in the Arabian Peninsula in January 2009 can be viewed as part of this end (much as the al-Qaeda-affiliated GSPC in Algeria formed in opposition to the moral bankruptcy of the GIA). Their publications favour targeted violence such as political assassinations and attacks within US military barracks such as that perpetrated by Major Nidal Hasan at Fort Hood. Their most high-profile operations have been an assault on the US embassy in Sana’a, an attempt to assassinate the Saudi security chief Mohammed bin Nayef, and the bid by the ‘underpants bomber’ to blow up a flight from Amsterdam to Detroit.

In Yemen, al-Qaeda in the Arabian Peninsula (AQAP) have internalised lessons from Iraq and are seeking to keep the population and the tribes on side. Their statements articulate the political and social discontent of the populace. The leadership seems to subscribe to bin Laden’s argument that violence must be used strategically and not wantonly. AQAP militants recently captured Yemeni soldiers fighting on the side of the government and, instead of beheading the prisoners, they set them free.

The jihad taking root in Yemen is more hopeful for bin Laden than in other outposts. In North Africa, ‘al-Qaeda’ exists principally as an Algerian phenomenon focused primarily on the battle with the Algerian state. The ‘al-Qaeda’ elements which remain in Pakistan have hitched their wagon to an especially virulent and puritanical ideology which focuses on slaughtering the Shia and any souls they deem insufficiently ‘Muslim’. Across the border in Afghanistan, and owing to their notoriously brutal and divisive tactics like indiscriminate suicide bombs and beheadings, al-Qaeda is no longer welcomed with open arms. Much of this extremism bin Laden himself has spoken out against.

AQAP represents a fresh chance for al-Qaeda. But bin Laden understands that al-Qaeda have much ground to make up in the battle of ideas. Al-Qaeda have been forced on to the back foot, mainly by their own failings. It is in this context of strategic failure that we should view the (thwarted) attempts to hit more ‘legitimate’ targets.

Alia Brahimi was born to an Algerian father and an American mother, and grew up in Algeria, Bahrain, and Cyprus. After reading Philosophy at the University of Edinburgh, she gained an MPhil and then a DPhil in International Relations at the University of Oxford. She is now Research Fellow at LSE Global Governance, London School of Economics and Political Science, and a Senior Research Associate at the Oxford University Changing Character of War Programme. She is the author of Jihad and Just War in the War on Terror.