Word Origins and How We Know Them: Etymology for Everyone

Introduction. In 1984, old newspapers were regularly rewritten, to conform to the political demands of the day.  With the Internet, the past is easy to alter.  In a recent post, I mentioned C. Sweet, the man who discovered the origin of the word pedigree, and added (most imprudently) that I know nothing about this person and that he was no relative of the famous Henry Sweet.  Stephen Goranson pointed out right away that in Skeat’s article devoted to the subject, C. was expanded to Charles and that Charles Sweet was Henry’s brother.  I have the article in my office, which means I, too, at one time read it and knew who C. Sweet was.  Grieved and embarrassed, I asked Lauren Appelwick, my kind OUP editor, to expunge the silly phrase.  She doctored the text, and I was left holding the bag, but grateful to my friendly correspondent and to the volatility of digital means.

Pay through the nose. Stephen Goranson also had some doubts about the explanation of this idiom that I dug up in Notes and Queries and called my attention to an earlier publication.  This time he did not catch me off guard.  I have the previous note in the same (1898) volume of NQ and two more in my archive.  A letter about the origin of pay through the nose appeared in the first issue of that once admirable periodical (1850, p. 421) and contained the following passage: “Paying through the noose gives the idea so exactly, that, as far as the etymology goes, it is explanatory enough.  But whether that reading has an historical origin may be another question.  It scarcely seems to need one.”  Mr. C.W.H., the letter writer, was too optimistic.  In October of the same year (p. 348-349), Janus Dousa took up the question and mentioned Odin and his tax.  I suggested that the idea of connecting the English idiom with Odin’s tax on the Swedes goes back to Ynglinga saga, but Dousa quotes Jacob Grimm’s book on the legal documents in Old Germanic, which means that the information on the tax became known to the English from Grimm (which makes sense: more people could and still can read German than Old Icelandic).  In 1898 (September 17, p. 231), J.H. MacMichael cited the 17th-century phrase bored through the nose “swindled in a transaction.”  Bore did mean “cheat, gull” (the earliest citation in the OED is dated 1602; no records of pay through the nose prior to 1666 have been found).  However, the connection between bore and nose does not seem to have been steady, and pay through the nose refers to exorbitant payment rather than a fraudulent deal.  MacMichael thought that the English idiom “express[ed] payment transacted through an improper channel, as a ‘love’ child is said to come into the world through a side door.”  I understand how someone can enter through a side door, but the nose is indeed a most improper channel for paying.  The phrase needs a more concrete explanation, and I fail to detect a link between an occasional use of bored through the nose and the well-established combination pay through the nose.  The full nine yards. The origin of this phrase has often been investigated.  Numerous hypotheses exist, but none is fully convincing.

Rum. In a recent blog, I said what I could about the origin of the word rum (an alcoholic drink).  As ill luck would have it, a few days later I read an article by Bo Ruthström titled “Tafia, ratafia and rum – Liquor Words of Dizzy Origin” (Indogermanische Forschungen 106, 2001, 262-75).  The author argues that since tafia and ratafia are of Malayan origin, it is probable that the same holds for rum, and thus returns to Skeat’s earlier etymology.  Klauber. In David Halberstam’s novel The Powers That Be, Bill Paley hires someone called Ed Klauber, “a dour, morbidly shy, difficult man, autocratic and tyrannical,” to run his burgeoning News Department.  Does the name Klauber imply that its bearer will “clobber” his subordinates?  I don’t think so.  For a long time, I have been meaning to write about club and clobber and hope to do so in the nearest future, but if Klauber is a “speaking name,” then the answer poses no problems.  In German, Klauber (more often Wortklauber) means “a caviling, quibbling person,” and (Wort)klauberei is “petty pedantry.”  Paley evidently needed a person who would live up to such a name. South and right. In connection with an interesting comment about maps at one time made in Cairo, I may add that, according to all the authorities I consulted, the name Yemen “the country of the south” goes back to the Arabic word for “right side” (hence “south,” the south side when one is facing east).  Southpaw. It has been traced to baseball, and the explanation seems to be right.

Dilemma ~ dilemna. With the permission of Peter Gilliver, of OUP, I am reproducing the relevant part of his email to me.  “From New Monthly Magazine March 1859, p. 332 (in an article ‘My Friend Pickles’ by Alexander Andrew; the author has just been describing a book riddled with misprints): ‘How I remember the head-master of our school […], with a harmless pride in his edition of ‘Suetonius,’ which he had prepared for juvenile distraction, and published, whenever the word ‘dilemma’ happened to occur in our readings, would say, ‘Just see, boys, how it’s spelt, for some printers persist in spelling it dilemna; in my translation of ‘Suetonius’ I found it was spelt so, and it escaped me in revising the proofs.’  This was his great trouble that was bearing him down: the dash of aloes that had dripped into the cup of glory which he has sipped.’  No obvious link from there to the East Coast of the U.S., but it’s clear […] that various London printers were regularly using (or at least failing to correct) the spelling.”  As it turned out, dilemna spread to the whole of the English speaking world, and this quotation shows that I was wrong in believing that perhaps in the thirties of the 20th century some textbook recommended the mn-spelling; obviously, the error is much older.  The question remains why, contrary to the venerable headmaster, some teachers praised dilemna, instead of burying it.

Pizzazz “flair, pep, etc.”   I’ll first quote part of the letter: “According to my Chambers Dictionary, Diana Vreeland made piz[z]azz popular in the thirties, but there is a similar word with a similar meaning in the Talmud.  It’s entirely possible that the word traveled to America via Yiddish. [… ] I fear the NED’s long-established tendency to be Hebrew-blind might spill over into Aramaic.”  NED (New English Dictionary) is the same as OED.  Not being a specialist in either Hebrew or Yiddish, I can offer only very vague and inconclusive advice.  Our correspondent may have found the Hebrew etymology of pizzazz in Isaac Mozeson’s dictionary The Word.  If this is so, he has enough reason to distrust it, because this dictionary is a collection of moderately amusing, but mainly irritating fantasies (the author who has no knowledge of historical linguistics traces a sizable section of the vocabulary of English to Hebrew). Second, whatever the practice of OED (I am not sure it pays no heed to Hebrew or Aramaic), in English etymology it is sometimes better to be Hebrew-blind than Hebrew/Yiddish-wide-eyed.  Dozens of English words, especially those related to swindling and crime and those sounding funny, have been declared Hebrew or Yiddish, with no research supporting such statements.  To show that pizzazz has come to English from Hebrew via Yiddish, proof us needed that this word was sufficiently common among the New York Jews and popularized by them in slang.  I am not aware of such evidence.  Those lexicographers who dared offer conjectures about pizzazz suggested an unlikely blend, an imitation of a roar, and so forth.  Finally, pizzazz, with its multiple z’s, has such a strong sound symbolic shape that it could easily be coined in different places at different times and refer to exuberance and zest (incidentally, zest, of French descent, also has a z and is also of unknown origin; it first designated part of a walnut and was put into drinks for flavor; similar use has been recorded in connection with pizzazz).  I once dealt with the obscure etymology of razzmatazz (evidently, razz-ma-tazz), swizzle, and tizzy “nervous excitement.” They taught me great caution in dealing with z-words.

Concord. I expected a flood of responses but received only one comment about sentences like one in six Americans get government aid.  The suggestion that here the subject refers to a group does not seem convincing to me. “One of us / one in a million knows it,” not “one … know it.”  With half it is different.  “Half of our students get A’s in this course” versus “half of our group gets A’s” (usage requires that the agreement should be with the last word).  The same rule applies to percent: “Fifty percent of these books are trash,” but “look at these books: fifty percent of this heap is trash.”  I still don’t see why one should go with get.  Perhaps next month more comments will come in.   The parasite like. Most of those who have commented on my post (and there were allusions to it in other blog too) are quiet admirers of this parasite (it is so cute, informal, and “user-friendly”).  There is no need arguing about tastes, be it food, literature, music, or language.  I am afraid, as I have already had chance to note, that the defenders of like are probably not exposed, on a daily basis, to students in whose speech half of the message consists of you know, like, and actually.  I would only remind my critics of an episode that happened long ago.  Aldous Huxley once wrote a short piece with the title “I am a Highbrow.”  Gilbert Frankau, also a novelist (almost and, to my mind, deservedly, forgotten), responded with the piece “I am a Lowbrow.”  Well, I am a highbrow, and that’s it.  Or call me an elitist, nowadays a term of abuse, almost smut, like the word mother in Brave New World.

Anatoly Liberman is the author of Word Origins…And How We Know Them as well as An Analytic Dictionary of English Etymology: An Introduction. His column on word origins, The Oxford Etymologist, appears here, each Wednesday. Send your etymology question to him, care of[email protected] and he’ll do his best to avoid responding with “origin unknown.” 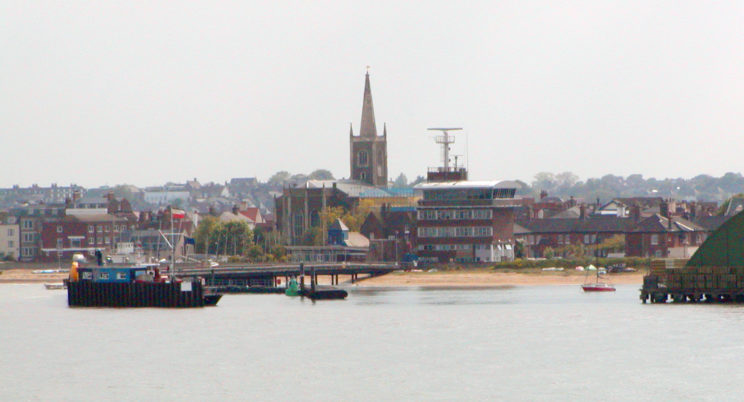