Dorothy H. Crawford is a Professor of Medical Microbiology and Assistant Principle for the Public Understanding of Medicine at the University of Edinburgh. Her most recent book, Deadly Companions: How Microbes Shaped Our History, takes us back in time to follow the interlinked history of microbes and man, impressing upon us how a world free of dangerous microbes is an illusion. In the excerpt below Crawford traces the path of a more modern microbe, SARS.

When SARS first hit an unsuspecting world in 2003 the press had no need to dramatize or embellish. The true story certainly rivaled any modern thriller with a mysterious killer virus on the loose in Southern China, innocently carried in a human incubator to its international launch pad in Hong Kong. From there the virus jetted round the world infecting over 8,000 people in twenty-seven countries. Eight hundred people died before the virus was eventually brought under control four months later.

pneumonia’ in the city of Foshan in Guangdong province, China, and by January 2003 similar cases were turning up in Guangdong’s capital city, Guangzhou. The virus was probably transported there by a traveling seafood merchant who was admitted to the city’s hospital and sparked a major outbreak there. By the time the World Health Organization (WHO) got to hear about it just three months after the start of the epidemic, there had been 302 cases and at least five deaths—too late to stop it snowballing out of control.

At first the microbe spread only locally within China, but in February 2003, after a sixty-five-year-old doctor who worked in a hospital in Guangzhou arrived in Hong Kong to attend a wedding, it went global. The doctor checked into room 911 on the ninth floor of the Metropole Hotel and by the time he was admitted to hospital twenty-four hours later he had infected at least seventeen others in the hotel. These people then departed to their various destinations, carrying the virus with them to five separate countries and spawning major epidemics in Vietnam, Singapore and Canada. The chain of infection widened as they passed the virus on in hospitals, clinics, hotels, workplaces, homes, trains, taxis and airplanes; a single virus-carrying passenger on one flight infected twenty-two of the 119 other travelers.

SARS (severe acute respiratory syndrome) begins with a flu-like illness, but instead of improving after a week or so it progresses to pneumonia. Sufferers feel feverish and increasingly breathless, with a persistent cough, as the virus colonizes the air sacs of the lungs, damaging their delicate lining and filling them with fluid. By the time they seek medical help many are fighting for breath and are immediately shipped to intensive care units for mechanical ventilation. The cough generates a spray of tiny virus-laden mucus droplets, so anyone in the vicinity is in danger of picking up the infection. Family members are at high risk; and before the danger was appreciated many health-care workers, were among the casualties, after struggling to save lives by clearing airways, artificially ventilating and resuscitating patients.

…Meanwhile the virus arrived in the US and Canada, seeded directly from the Metropole Hotel in Hong Kong. And although it did not spread in the US, the virus took hold in Toronto before doctors realized what was happening. Six of the first ten cases were from the family of an elderly couple who stayed at the Metropole Hotel (ninth floor) while visiting their son in Hong Kong. Their family doctor became the seventh victim and although she recovered, an elderly man who happened to be in the hospital emergency department at the same time as one of the family caught the virus and died.2 The microbe then moved out into the Greater Toronto area, infecting 438 and killing forty-three before its spread was finally halted.

Dr Carlo Urbani, a WHO infectious disease expert working with a team from Medecins sans Frontie`res at the French Hospital in Hanoi, Vietnam, was among the first to recognize SARS as a new and dangerous infection and to note its high rate among health-care workers, who accounted for thirty of the first sixty cases in Hanoi. By warning the world of its dangers they ensure instigation of the necessary precautions worldwide, but sadly it was too late for Dr Urbani. He felt the ominous symptoms developing during a flight from Hanoi to Bangkok and alerted the authorities on his arrival. He battled with the virus for eighteen days in a makeshift isolation room in Bangkok hospital but died at the end of March.3 Five of his colleagues also fell victim to the disease.

…These days a completely new human microbe like the SARS coronavirus is most likely to be a zoonosis—an animal microbe that has jumped from its natural host to humans. And since more than a third of the early SARS sufferers in Guangdong were food or animal handlers, scientists hunting for its origin headed for the wet markets of Guangdong, where wild animals are sold live for the table. Armed with molecular probes they found a SARS-like coronavirus which was virtually identical to the pandemic virus strain in several species, but most often in the Himalayan masked palm civet cat, a member of the mongoose family, which is farmed in the area.4 Fortunately these animals are not very widespread in the wild, but many experts suspect they are not the virus’s natural host. They could just have acted as a go-between, picking the virus up from an unknown wild animal and passing it on to humans; so the natural reservoir of the virus in the wild is still uncertain.

Blood tests show evidence of past SARS infection in 13 per cent of Guangdong wet-market traders and animal handlers,5 indicating that the coronavirus has jumped to humans living in this area before, and suggesting that it is likely to do so again. Indeed four new cases appeared in China in January 2004, and although they were relatively mild and did not spread further, they are a reminder that the virus is still out there waiting for another opportunity to pounce.

SARS was the first pandemic microbe of the twenty-first century, but it will certainly not be the last. Ever since HIV emerged over thirty years ago we have witnessed increasing numbers of new microbes, which are now hitting us at an average of one a year. While the SARS pandemic may be a preview of what is to come, it also gives us a glimpse of what our ancestors suffered over thousands of years: unpredictable epidemics caused by lethal microbes appearing out of the blue, killing indiscriminately and spreading fear and panic…

Of microbes and Madagascar 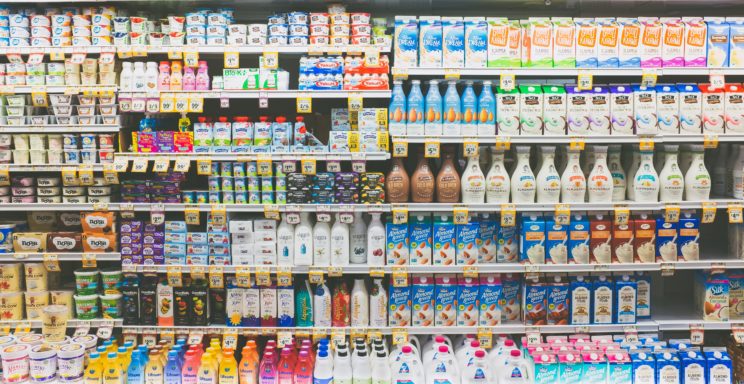