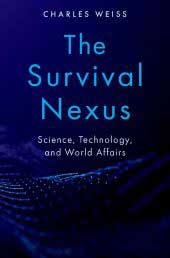 The paradoxical combination of loud saber-rattling and cautious military strategy on both sides of the Ukraine war follows the new rules of conflict involving nuclear powers. At the beginning of the invasion, Russia threatened nuclear attack in order to deter NATO and the United States from intervening in Ukraine’s defense. The US and NATO called Russia’s bluff, sending weapons, ammunition, and intelligence information to the Ukrainian defenders. The war then morphed into a “wrestling match at the edge of a cliff,” with both sides accepting limits on their strategy and tactics in order to avoid escalation to nuclear war: the US and NATO by not allowing their troops to engage directly with the Russians, the Russians by not attacking supply chains outside of Ukraine. Both the threats and the restraint fall within the new rules of engagement.

Here’s the wider background. At the beginning of its invasion of Ukraine, Russia followed its counter-intuitive military doctrine of “escalate to de-escalate.” In keeping with this doctrine, it tried to deter any outside power from intervening in the regional conflict by threatening to be the first to explode a nuclear weapon. Now that the invasion has gone badly, it threatened to explode a nuclear weapon and, in this way, to give NATO and the US the choice either to withdraw or else to retaliate and risk escalation to all-out nuclear war.

Experience with numerous wargames has led to the conclusion that it would be difficult to prevent such escalation once the first nuclear weapon has been exploded in anger. This means that the doctrine of escalate to de-escalate leads directly to the teenagers’ game of chicken, in which cars are driven toward each other at high speed and the “loser” is the one who turns aside to avoid a head-on collision. The game of chicken favors the adversary that is more willing to accept the risk of collision in order to achieve its objective of “winning”—the more so if the risk-accepting driver is thought to be crazy, or worse, has thrown away the steering wheel.

Applying the model of the game of chicken to the conflict in Ukraine, either the US would “turn aside” (“lose”) by abandoning its ally, or Russia would “turn aside” (“lose”) by not carrying out its nuclear threat. If neither side “turned aside,” the resulting “head-on collision” would be nuclear war. This high-stakes “game” could also apply to possible future invasions of Estonia, Latvia, Lithuania, or even Taiwan.

So far, the US and NATO have accepted the risk of nuclear war by continuing to send weapons and other support to Ukraine. The Russians have not carried through on their threat. Even so, both sides are treading carefully. We have avoided direct conflict between US and Russian forces. We have not tried to break the Russian blockade of grain export from Odessa by military action, despite the impact of that blockade on the world’s food supply. The Russians, for their part, have also held back, refraining from attacking the cross-border logistical facilities by which weapons are conveyed into Ukraine. For now, instead of a game of chicken, we have a wrestling match at the edge of a nuclear cliff, both sides trying at the same time to win the contest and to avoid falling off the cliff together to mutual destruction. But the more the Russians repeat their threats without acting on them, the more they come to resemble the boy who cried wolf, and the greater the danger that they will be moved to carry them out.

“Many hundreds of missiles in the US and in Russia are still on hair-trigger alert, ready to be launched on warning, whether true or false, of an incoming attack.”

There is yet another danger: that of accidental nuclear war. The risk increases as the hostility and the sense of crisis between Russia and NATO grows. It’s worth remembering here that we owe our lives to two Soviet military officers: first, Colonel Stanislav Petrov, who realized that the signal he had received of a US missile attack in 1983 was a false alarm; and second, submarine chief of staff Vasili Arkhipov, who refused permission to a Soviet submarine commander who wanted to launch a nuclear missile at the US at the height of the Cuban Missile Crisis in 1962. Both Petrov and Vasiliev probably saved the world from all-out nuclear war. The nuclear arms control and non-proliferation regimes of treaties, hotlines, and regular consultations among militaries, painfully built up after World War II, have so far protected us from nuclear war, aided by a good bit of luck. These regimes have been allowed to deteriorate. They need strengthening and updating, in large part because of the need to control new technology. This calls for collaborative research among natural and social scientists from both allies and potential enemies, as well as urgent, frank discussions about nuclear stability among hostile and distrustful governments and militaries.

The good news is that the nuclear taboo still holds. There have been many conventional wars since World War II, but no one has exploded a nuclear weapon in anger. We’re down a long way from the 68,000 nuclear weapons that the US and the USSR maintained at the height of the Cold War. The bad news is that many hundreds of missiles in the US and in Russia are still on hair-trigger alert, ready to be launched on warning, whether true or false, of an incoming attack. This is dangerous and unnecessary, given that both we and the Russians could ride out a strategic nuclear attack and still be able to retaliate, so that we each have sufficient “second-strike capability” to deter the other from attacking.

Meanwhile, China is watching the Ukraine situation carefully. Unlike the US and the Soviets during the Cold War, China does not have the experience with near misses that forced the US and the USSR to come to a shared understanding of the requirements for nuclear stability and avoidance of accidental nuclear war. To make matters still more dangerous, several powers, including the US, Russia, and China, are developing hypersonic missiles that decrease the time available to respond to a warning of possible strategic nuclear attack, and hence greatly increase the risk of accidental nuclear war—a classic case of failure to control the march of technology.

“To defend Ukrainian democracy requires us to do our best to avoid nuclear war and at the same time to accept the risk that it may happen.”

We face an unstable situation where the Ukraine war—or any future confrontation between nuclear powers—can quickly get out of hand. In the longer run, and assuming that the current situation in Ukraine can somehow be resolved, we urgently need strengthened and updated agreements on arms control and the avoidance of accidental nuclear war that take into account newly empowered nuclear powers, new technology and new weapons systems. We don’t have a lot of time for trial and error.

Weiss was the first Science and Technology Advisor to the World Bank. He is a Fellow of the American Association for the Advancement of Science and a Member of the Council on Foreign Relations. He has taught at Princeton University, the Johns Hopkins School of Advanced International Studies, the University of Pennsylvania, the University of Sao Paulo, Xing Hua University, and the Foreign Service Institute of the U.S. State Department.

Weiss has also advised governments and lectured in more than two dozen countries. He is coeditor of Technology, Finance, and Development and Mobilizing Technology for Development, and he is co-author of Technological Innovation in Legacy Sector and Structuring an Energy Technology Revolution.