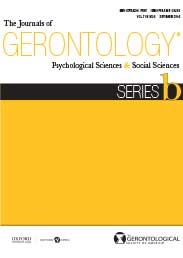 In 2021, Harlem-based activist Shawanna Vaughn stated during a Forbes interview: “Walking into prison at 17 was the most traumatic experience of my life…As a person who suffers from the remnants of mass incarceration, I am very clear that the trauma starts before prison and lingers forever until there is help.”

Incarceration takes a heavy toll on one’s mental and physical health. The conditions of jails and prisons in the United States have long been known to increase risk of infectious disease and erode mental health. However, even among formerly incarcerated adults, we observe stark health disparities including higher rates of chronic diseases and premature mortality, which suggests that incarceration has far-reaching health consequences.

Starting in the 1970s, major shifts in legal policies, including harsher drug penalties, led to an explosion in the penal population. In two short decades, the number of Americans incarcerated nearly quadrupled, with disproportionate representation of racial and ethnic minorities. This rapid growth in incarceration has since been dubbed “mass incarceration.” The US now holds the distinction of having the highest incarceration rates in the world—with the vast majority of incarcerated people being convicted of nonviolent crimes.

As a result, a growing share of older adults are now aging with incarceration histories and poor health. We are just now seeing the long-term health consequences of mass incarceration policies—the “remnants” that Vaughn described. However, this trend will continue as the cohorts most affected by mass incarceration are growing older. Although men are incarcerated at higher rates, women experience greater health burdens following incarceration. This is doubly true for older women of color.

Previous research posits that women’s health declines following incarceration are attributable to institutional sexism and racism within the penal system. These health declines have been well documented in younger samples, but little research has explored whether the effect of previous incarceration varies by gender and race/ethnicity among older adults. To fill this gap in the literature, we used data from a nationally representative sample of Americans over the age of 50 to examine differences in mental health, measured as number of depressive symptoms, and physical health, measured as number of physical limitations like difficulty walking, by incarceration status, gender, and race/ethnicity. With nearly 12,000 respondents from the 2012/2014 waves of the Health and Retirement Study (HRS), we were able to document important health disparities among older adults.

“This research highlights how sexism and racism lead to unequal health following incarceration.”

This research highlights how sexism and racism lead to unequal health following incarceration. The results of this work indicate that older adults aging with incarceration histories experience worse health; however, formerly incarcerated women of color face the greatest health disadvantage among all the formerly incarcerated groups. These health inequities are the result of decades of policy choices that have disproportionately harmed women of color.

Furthermore, we encourage policymakers, healthcare providers, and community organizations to take a life course perspective to incarceration and health. Re-entry or transitional programs for post-incarcerated people are often short in duration and do not recognize the need for consistent care and support into later life—possibly long after incarceration has taken place. Our work also suggests that decarceration and abolition should be key priorities for public health. Critical scholarship in the social sciences has only confirmed what post-incarcerated people like Shawanna Vaughn know from experience: that prisons do not (merely) punish crime, but also exacerbate inequality through the production of poor health.

Kenzie Latham-Mintus is an Associate Professor of Sociology at IUPUI and a Fellow of The Gerontological Society of America. Her research interests include health and aging with an emphasis on disability as well as chronic illness. Much of Latham-Mintus’ research focuses on identifying and understanding health disparities among older adults. She currently serves on the editorial boards of The Journals of Gerontology, Series B: Social Sciences and the Journal of Aging and Health.

Monica Deck is a learning health systems project manager in the Center for Biomedical Informatics at the Regenstrief Institute. She works with clinician investigators in the use of electronic health records to identify and analyze health disparities, develop risk reduction tools, and lower rates of clinician burnout through optimized use of electronic health data. She previously worked as research coordinator and assistant editor for the Indiana Women’s Prison History Project. She engages in public advocacy about the lived experience of chronic severe mental illness as a member of the Indiana chapter of the National Alliance on Mental Illness (NAMI).

Elizabeth Nelson is an Assistant Professor in the Medical Humanities and Health Studies program at IUPUI. A medical historian, her research focuses on modern institutions of confinement, such as mental hospitals and prisons, in both the US and France. Nelson coordinates the Indiana Women's Prison History Project, a collective of formerly and currently incarcerated scholars who publish original research on carceral history, and she directs the Black Health Faculty Working Group at IUPUI's Center for Africana Studies and Culture.