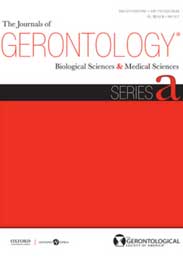 The Journals of Gerontology: Series A

The world’s population is aging. For the first time ever there are more people over 65 than under five, according to the World Health Organization. By 2050, the world’s population of people aged 60 years and older will double. The number of persons aged 80 years or older is expected to triple between 2020 and 2050. There are two potential trends behind population aging: falling fertility and rising life expectancy. In a sense, population aging is a great achievement in the development of human society, but it is also linked to unanticipated and unprecedented medical and public health challenges. In particular, premature decline in physical function poses a threat to elderly pursuit of healthy aging.

Chronological age has always been how we define age. It does not, however, give a good indication of the degree of biological aging of individual—that is why you often see people who appear younger than they really are. Frailty is a good indicator of biological aging. It is a common geriatric syndrome characterized by multi-system impairments, along with a reduced capacity to resist external stressors. Imagine a young person or a middle-aged person who has experienced something bad, they will most likely recover quickly, whereas if the same thing happens to an older person, it is likely that they will never recover, or even be hospitalised or die, and this could be caused by frailty. Frailty is very common in the elderly population. Mounting evidence indicates a connection between frailty and environmental health which is crucial for understanding biological aging.

Environmental factors have been considered a global threat to accelerated biological aging. However, the effects of environmental pollutants on frailty have long been understudied, which raises concerns that one of the most vulnerable population groups may not be adequately protected from environmental exposures that young people are more likely to tolerate. Although previous studies have revealed mechanisms of pollutant damage in humans from the molecular level to the individual level, clarifying the relationship between environmental particulate matter (PM) exposure and frailty at the population level is not an easy task because there are two prerequisites to achieve this goal: first, a sample of the study population that is as widely distributed as possible, and second, a precise exposure data of PM that can be linked to the study sample population.

In our research, we have used a unique sample of six middle-income countries—China, Ghana, India, Mexico, Russian Federation, and South Africa—across four continents to make our study more representative and have used NASA satellite remote sensing data for environmental pollutant exposure assessment. On this basis, we tried to find the evidence connecting long-term exposure to ambient ambient PM2.5—small particles in the air that are 2.5 micrometers (about 1 ten-thousandth of an inch) or less in diameter, which can penetrate deeply into the lung—with frailty in the elderly population. Our findings may reveal two disturbing facts:

How can we help people live longer in good health?

Almost all environmental factors that have a deleterious effect on aging are modifiable, which is very relevant for delaying and reducing frailty through primary prevention measures. If we want to see more people age successfully, if we want to live a longer life in good health, individual-level efforts can make some difference, but over the long haul all that really matters is global coordination to change our current energy mix to reduce pollutant emissions, innovation to promote the widespread use of accessible clean energy, and strong policies to regulate.

May is Air Quality Awareness Month in the United States. While the current global pandemic and major geopolitical events have severely challenged our ambitions in addressing air pollution, it is still an opportunity to encourage people to take positive steps to improve the air quality.

Yanfei Guo is a researcher at the Shanghai Centre for Disease Control and Prevention in China. He is a PhD student at the department of public health and community medicine, Sahlgrenska Academy, University of Gothenburg, Sweden. He is also a member of the Swedish National Graduate School for Competitive Science on Ageing and Health (SWEAH), and, where his research focuses on frailty and how genetic, environmental, behavioural and social determinants influence its progression.