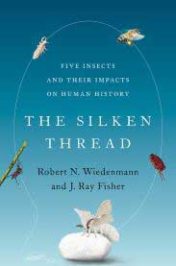 The Oxford Advanced American Dictionary lists one entry for myopia as “the inability to think about anything outside your own situation.” We likely are all guilty of myopic thinking to one degree or another. We likely all are equally guilty of believing we are keeping an open mind and are not myopic. And, really, in most everyday events, myopia doesn’t rise to the level of causing harm. It may prevent us from thinking things through, to consider consequences of our actions or beliefs, or may cut us off from what could be new experiences. No harm, no foul.

However, myopia in science is not so simple, nor so benign. Consequences can be huge. Preconceived ideas are not the problem. After all, an initial idea forms the basis of a hypothesis to be tested. An idea is posited and an appropriate test is made to support or reject the hypothesis. Hypotheses are never proven, at least not if science is practiced openly and thoroughly; they are falsified, not proven.

The problem occurs when testing hypotheses is not done well—or not done at all. When jumping to a conclusion, based on a “gut feeling” or one’s background, precludes open scientific inquiry. And that sort of approach can cut off productive directions of investigation, delaying or even preventing finding solutions. In the case of medical inquiry, in which cause or treatment for a disease are sought, delays caused by myopia can kill people.

In the late 1800s, yellow fever epidemics were near-annual occurrences, killing thousands throughout the Americas. One source of infection for the United States seemed to be Cuba, with its shipments of goods and people into the southern states. When infections reached military bases, the ensuing illnesses and deaths caught the attention of military medical professionals, to seek solutions that would protect troops.

Dr George M. Sternberg was a figure larger than life. After receiving his medical degree in 1860, he was appointed assistant surgeon in the US Army. He served in the Battle of Bull Run, where he was captured, later escaping. In military postings after the war he contracted and survived infections from both typhoid fever and yellow fever, with his scientific publications on the latter earning him status as a leading expert on the disease. His use of the latest technology allowed him to use photomicrography to study the blood of yellow fever patients and his expertise as a bacteriologist landed him a role as one of the members of the 1879 Havana Yellow Fever Commission. In 1893, he was named by President Grover Cleveland as US Army Surgeon General and promoted to Brigadier General.

By all accounts, Sternberg was a careful observer, a good scientist, a decent person. He was a pioneer in the field of bacteriology and his expertise earned him world acclaim. Along with Louis Pasteur, he announced the discovery of pneumococcus as the cause of pneumonia, and he demonstrated that bacteria caused typhoid fever and tuberculosis. Germ theory ruled the day. In the vernacular of today, Sternberg was at the top of his game.

But he also suffered from scientific myopia.

Sternberg was a bacteriologist, one of the best in the world. His discoveries still benefit humanity. Sternberg spent long hours at the microscope and produced more than 100 photomicrographs of the blood of yellow fever patients. Because of his training and background, he knew that yellow fever was caused by bacteria, with his conviction bordering on obsession. Despite his efforts and determination, he failed to find the causal bacteria. Germ theory explained many of the maladies of the day, but no one understood that there were pathogens smaller than bacteria, so small that they could not be detected by the microscopes of the late 1800s. His obsession with bacteria forced him to miss the clues that were there in front of him. He failed to find the bacteria that caused yellow fever because the disease was not caused by bacteria. Because of his convictions, Sternberg failed to test hypotheses. Instead, he sought to prove his ideas.

Dr Carlos Finlay, Cuban physician and fellow Havana Yellow Fever Commission member, had been equally obsessed. But his obsession was with mosquitoes as the means of spread of the disease. He didn’t know about bacteria, and viruses were not even conceived of in the years he proposed mosquitoes as the source of infections. But he used experiments to test his hypotheses. Not perfect experiments, by any stretch. But experiments, nonetheless.

Finlay’s ideas and evidence were ignored for more than two decades, while Sternberg’s ideas were followed. Whether it was due to Sternberg’s stature and experience and Finlay’s relative obscurity is open to conjecture. But the twenty-year delay in finding the causative agent of yellow fever, a virus carried by mosquitoes, caused the deaths of countless people, military and civilian alike. Certainly, many of those deaths can be attributed to scientific myopia.

Sometimes what we know to be true is not so, and the inability to think about anything outside our own situation keeps us from finding the truth.