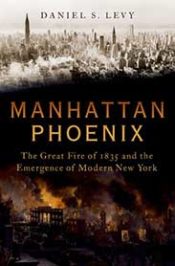 In the mid-1820s, New York had three theaters: the Park, the Chatham, and the Lafayette. Some citizens felt there should be more and in October 1825, the New York Association started work on a new house. They chose a site between the Bowery and Elizabeth Street just south of Canal Street, and Mayor Philip Hone officiated at the laying of the cornerstone. “This spot which a few years since was surrounded by cultivated fields,” he told the gathered, “where the husbandman was employed in reaping the generous harvest, and cattle grazed for the use of the city, then afar off, has now become the centre of a compact population.”

The theater was just what New York needed. The city’s economy was booming. Just the year before, the Erie Canal opened, helping to establish a transportation network that gave New York access and financial dominance over the nation. Five hundred trade and commercial businesses opened in the city, and development was spreading north of the area around Canal Street, bringing with it clerks for the offices and counting houses, and laborers for the textile factories, breweries, and iron works. All searched for things to do when not at work. The grand Greek Revival theater with the imposing Doric columns by the Connecticut-born architect Ithiel Town opened on 23 October 1826 and offered citizens one such welcomed activity. For the first performance, theater Manager Charles Gilfert staged Thomas Holcroft’s ominously named comedy The Road to Ruin.

The house was initially called the New York Theatre, but would soon appropriately be known as the Bowery Theatre. Gilfert catered to the city’s upper class, focused on comedies, and hired British actors. His shows attracted large audiences, but in May 1828 a fire started at a nearby stable, spread down the block, and destroyed the theater. Less than three months later, workers completed Joseph Sera’s new design for the building. Marble steps at the entrance led to a portico fronted by six Doric columns, and the new Bowery possessed the largest stage in America. Frances Trollope, mother of British novelist Anthony Trollope, singled out the Bowery “as pretty a theatre as I ever entered, perfect as to size and proportion, elegantly decorated, and the scenery and machinery equal to any in London.”

The Bowery neighborhood was a workingman and -woman’s place with dance halls, oyster houses, billiard halls, brothels, taverns, gambling dens, bowling alleys, dime museums, boxing matches, and cock fights. Hamblin, who had gotten his start in London playhouses and would run the theater for two decades, wisely appealed to the tastes of his local clientele. He did this by joyfully wrapping himself and the house in the Stars and Stripes and bestowing upon his theater a decidedly democratic American tone. Most of all, Hamblin offered elaborate melodramas and lively spectacles, including horse-and-dog exhibitions and shows. He aggressively advertised the theater, seizing every chance to tout the differences between his house and those of his competitors.

“Hamblin, who had gotten his start in London playhouses and would run the theater for two decades, wisely appealed to the tastes of his local clientele. He did this by joyfully wrapping himself and the house in the Stars and Stripes and bestowing upon his theater a decidedly democratic American tone.”

His plan worked, and audiences embraced the theater and its mix of comedies, tragedies, dramas, French dances, minstrelsy, and circuses. For just 25¢, crowds jammed into the gallery. The lawyer and journalist Matthew Hale Smith commented on the mass assembled there as “News-boys, street-sweepers, rag-pickers, begging girls, collectors of cinders,” along with its journeymen butchers, mechanics, artisans, firemen, folding-girls and seamstresses, milliners’ apprentices and shop-girls, all cheering or booing performers as they littered the floors with peanut shells.

To feed their appetites for spectacle, Hamblin offered larger and more realistic sets as well as bigger casts. Throughout, he featured the work of such playwrights as the European-born Louisa Medina, putting on extravagant performances: an ash-spewing volcano for a staging of The Last Days of Pompeii; 200 soldiers attacking a fortress for The Spectre King, and His Phantom Steed; and even bringing out an elephant for The Elephant of Siam and the Fire-Fiend! According to the author and abolitionist Lydia Maria Child, “gorgeous decorations, fantastic tricks, terrific ascensions, and performances full of fire, blood, and thunder” filled the Bowery, not to forget its “vaunting drama, and boastful song.”

A shrewd businessman, Hamblin managed to make it all work, even with continued tragedies. For in a city with a deadly combination of wood, foul chimneys, oil lamps, and chain smokers that was beset by catastrophic fires, the Bowery burnt down for a second time in 1836, just nine months after the Great Fire of 1835 destroyed much of downtown New York. It was rebuilt with a design by architect Calvin Pollard, only to burn once more in February 1838, with a new Pollard-designed structure going up in May 1839. On 25 April 1845 it caught fire for the fourth time. Lawyer George Templeton Strong ran over when he heard word of the blaze. When he arrived he watched, aghast, as “one or two dazzling little streams of fire ran like lightning along the cornices, and in one minute the whole area of the building was a mere furnace, sending high up into the air such a mass of intense raging flame as I never saw before.”

Forty minutes after the discovery of the fire, the interior of the Bowery collapsed in upon itself. Hamblin did not have insurance for his theater, and as he watched the theater crumble, he bemoaned, “There go the labors of seven years!” Hone wondered whether it was “the voice of fate,” discouraging anyone from building “another temple of the drama on the forbidden ground.”

The former mayor was wrong, however, for even as the men were extinguishing the fire, Hamblin proclaimed, “We are not dead yet boys!” The following day the impresario had crews clearing the site, and he made plans for a new house by architect the John Trimble. It opened on 4 August 1845. Edgar Allan Poe’s Broadway Journal reported that “its general arrangements are excellent,” and “the stage is capacious, and well appointed.” Unlike its predecessors in a city that was constantly burning and being rebuilt, that structure had a long life, and survived until 1929.