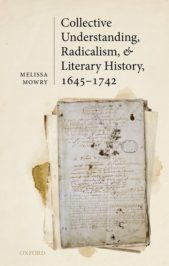 In communities and state legislatures across the United States, there is a concerted movement underway to limit the kinds of ideas to which students are exposed. Often hidden behind claims to parental rights, balanced treatment, and a desire to avoid division, these efforts target students’ ability to think freely, to ask probing questions, and to engage with long-overdue reckonings with the past. In some communities these efforts have resulted in books on topics such as anti-racism, the Holocaust, and gender non-conformity being banned. The assumption seems to be that if ideas that bend the arc of history further towards justice can be eliminated from classrooms, they can be eliminated from the culture—that education is at odds with our most intimate domestic spaces and familial relationships. In fact, what history bears out time and again is that the pursuit of intellectual freedom is the most “kitchen table” of issues—a lesson we would be wise to remember as we explore the intellectual lives of non-elite and BIPOC women across the centuries.

In the Parliamentary Archives, there is a manuscript, confiscated in August 1646 when agents of the Stationers Company on order from the House of Lords arrested the Leveller Richard Overton for seditious printing. Riddled with editorial changes and inky thumbprints, the manuscript and its history stand as mute testimony to the dynamic nature of ideas and the domestic nature of justice. At least some of those thumbprints belong to Richard Overton, who printed the pamphlet. The neat hand that produced the fair copy has not been definitively identified, though it bears some resemblance to his wife Mary’s signature. As much as we remain uncertain about the material details of the manuscript, we are very certain that the Stationers agents who arrested Richard Overton viewed the couple’s most intimate spaces as an important source of intellectual dissidence.

Sadly, the couple paid an equally intimate and more devastating price for their resistance to censorship. While her husband remained in Newgate prison, Mary and other members of her family continued the work of distributing dissident pamphlets undeterred until she and her brother were themselves arrested. Parliament committed Mary and the baby to which she’d given birth the summer before to Bridewell, where the baby died. Richard Overton memorialized Mary’s imprisonment and the loss of their child by proclaiming her one of the many “Commoners Wives who stand for their freedom and liberty.”

Whether we are talking about Alice Walker’s mother’s garden, Elizabeth Lilburne’s unsigned contributions to Leveller pamphlets, Joy Harjo’s kitchen table, where “children are given instructions on what it means to be human,” women have found ways to challenge, if not wholly cast off, the constraints on their minds and the minds of those they hold closest often in the most surprising ways. My own grandmother was a child of the Great Depression, the only surviving girl in a family of six surviving children. A brother and a sister succumbed to illness, while a second brother died in a tragic household accident. Her constant refrain, as soon as she judged me old enough to hear it, was that her parents had too many children. There was seldom money for even the smallest of luxuries and never money for education. As soon as she was old enough to work, she did, noting at one point that she worked the night shift at the local canning factory because the men took the dayshifts. Towards the end of her life, she began to journal, writing down memories and admissions, including the admission that she had chosen to terminate two unplanned pregnancies.

“Women have found ways to challenge, if not wholly cast off, the constraints on their minds and the minds of those they hold closest often in the most surprising ways.”

For my grandmother, this was her truth. No family should have more children than they wanted or for which they could provide. Neither of my grandparents went to college, but they valued education above all else. And although they lacked the resources to pay for my mother’s and my uncle’s educations entirely, all their children went to college, producing four master’s degrees and a Ph.D. My mother and my uncles were supported emotionally and materially when it was possible. The simple truth is that my grandmother’s decision to terminate those pregnancies made those degrees possible. The other simple truth is that my grandmother terminated those pregnancies when abortions were still illegal in the state where she lived. Not everyone will see her choice in this way, but for me, those terminations were acts of political defiance and became part of her own personal fight for her children’s educations, their abilities to ask probing questions, and to bend the arc of history a little closer to justice.

In the frenzied onslaught against intellectual inquiry we should not forget that the fight against the benighted forces of ignorance takes place in humble settings among women with fierce clarity. We should forget this neither as a historical proposition about where to look for evidence of past struggles, nor should we forget this as a guide for current practice. Anti-intellectualism tends to be episodic; the work of intellectual inquiry is ongoing, domestic, and intimate.

Melissa Mowry teaches seventeenth- and eighteenth-century English literature at St. John's University. She is editor of Defoe's Roxana (Broadview, 2007) and author of The Bawdy Politic (Ashgate, 2004).

Dr Mowry has held fellowships from the Folger Shakespeare Library and the Huntington Library. In 2013, her article "Past Remembrance or History" (ELH 79.3) was the recipient of the American Society for Eighteenth Century Studies' James L. Clifford Award.