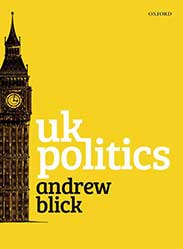 Referendums—popular votes held on specific subjects—are an important part of United Kingdom (UK) politics. But they are also surrounded by doubts and disagreement. In mid-September 2021, the Scottish First Minister Nicola Sturgeon called for the UK government to cooperate on the holding of a Scottish independence referendum by the end of 2023. A referendum took place on the same subject in 2014. On this earlier occasion, the then-UK Prime Minister David Cameron had agreed to the vote taking place and that the UK government would abide by the result if Scotland voted to leave the UK. However, the referendum produced an outcome in favour of remaining part of the UK, by roughly 55% to 45%.

Supporters of a further referendum on independence claim that the issue has been revived by UK exit from the European Union (EU) in January 2020. The decision to leave the EU—itself brought about by a referendum, held in 2016—was opposed by a majority of voters in Scotland (62% to 38%), while the UK as a whole backed leaving by roughly 52% to 48%. Advocates of Scottish independence are able to argue that the terms of presence within the UK have therefore changed substantially since the 2014 referendum, with Scotland being forced out of the EU against its will. In supporting a further vote on independence, they can also point out that pro-independence parties that support independence and a referendum have a majority in the Scottish Parliament. Sturgeon’s party, the Scottish National Party (SNP), and the Scottish Green Party (who have shared ground on this matter) have a combined total of 71 seats out of 129 (respectively 64 and 7) in the Parliament.

But though there may be majority support for a referendum within the Scottish Parliament, it is not entirely clear that this institution has the legal right to instigate the vote on its own initiative without consent at UK level. It is for this reason that Sturgeon has asked for cooperation from the UK government. The Conservative UK government is opposed to Scottish independence, and leading members of it have argued that a further referendum on this subject, relatively soon after the first such vote in 2014, is not justified. If no agreement can be reached, an option for the Scottish Government could be to seek to proceed with referendum regardless of whether it has such backing, though this course of action would be legally controversial and could well lead to a court case.

This stand-off between the Scottish and UK governments illustrates two points. The first involves the significance of referendums to UK politics. They are used for making some of the most important decisions: whether or not a particular territory should remain part of or leave the UK; whether the UK should continue to participate in European integration or withdraw from it; whether to establish devolved systems in parts of the UK; and what voting system should be used in UK general elections. Even when they are not held, the prospect that they might be can be influential on political outcomes.

Those who disliked the use of referendums once used to hold that, as devices of direct democracy, they were incompatible with the UK system of representative democracy, and that they were alien to it. But the UK has been discussing the idea of using referendums since the late nineteenth century, when interest began to develop in their use elsewhere in the world, in particular in Switzerland. The practical holding of referendums at local level, on such subjects as the creation of libraries and whether public houses should open on Sundays, has a similarly long history. After recurring discussion, referendums began to take place above local level in 1973, with a vote in Northern Ireland on whether the territory should continue to be part of the UK or join with the Republic of Ireland. A further 12 votes on major issues have taken place since, the most recent of which occurred in 2016 on EU membership. The idea of holding more, notably on the future presence of both Northern Ireland and—as we have seen—Scotland within the UK, remains on the political agenda.

In 2000, the Political Parties, Elections and Referendums Act provided a legal framework within which such votes should take place, in recognition of their established position within UK politics. But it left many doubts—which is the second observation to be made about referendums. However important the referendum has become, uncertainties surround its precise nature. General agreement is lacking about matters such as the precise issues over which it is appropriate to hold referendums; how they can be triggered; what is the status of their results; and how soon a further referendum can be held on the same subject. A swift resolution of such matters seems unlikely. Consequently, we can continue to expect referendums not only to be used in relation to divisive issues, but to be the subject of controversy themselves.

Andrew Blick is Professor in Politics and Contemporary History and Head of the Department of Political Economy, King's College London. He specialises in constitutional and democratic reform in the UK, from an historical and contemporary perspective.