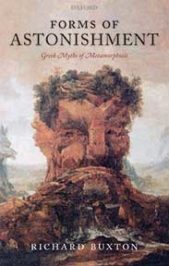 Frogs that become princes; Lot’s wife turned into a pillar of salt; a host of Greek and Roman mythical characters transformed into spider, wolf, tree, rock, or what have you: ever since classical antiquity, astonishing transformations have been powerful vehicles of thought and feeling in folklore, myth, religion, and imaginative literature. And they continue to be so, from Kafka’s The Metamorphosis to Marie Darrieussecq’s novel Truismes, whose protagonist turns into a sow. In the movies, too, the theme plays an increasingly central role, not least in science fiction and fantasy, from The Fly to Terminator to countless werewolf films. But the doyen of all the moviemakers who have exploited the idea of transformation is Charlie Chaplin (CC).

Chaplin was certainly the greatest mime, probably the greatest actor, and arguably the greatest artist in any medium in the twentieth century. (Perhaps only Picasso runs him close.) As self-transformations go, his personal rags-to riches story is hard to match. But the theme of metamorphosis also permeates his movies.

In his definitive biography of Chaplin, David Robinson analysed CC’s use of “the comedy of transposition,” whereby objects seem to turn, consistently and irrepressibly, into other things, in virtue of the ways in which CC treats them. In The Pawnshop (1916), for example, Chaplin, as the pawnbroker’s assistant, has to value a clock brought in by a customer. First, as a doctor, he performs auscultation on the “patient” through a stethoscope. The clock then turns implicitly into a container of food, as Chaplin uses a can-opener to gain access, sniffs it, and finds the contents to be rancid. Morphing from chef to dentist, he extracts the contents with a pair of forceps, before sweeping the whole pile of debris into the customer’s hat, conveying with a shake of the head that this is a hopeless case.

In The Gold Rush (1925), the comedy of transposition is still in full flow, as when hunger-stricken CC boils and meticulously fillets his boot, converting it into a gourmet dish including a wishbone (bent nail), with spaghetti (shoe laces) on the side (the boot and laces were really made of liquorice—a third level of transposition). At another moment, Charlie performs the legendary “Dance of the Rolls,” in which two bread rolls impaled on forks assume the identity of balletic human feet. But metamorphosis can also be a pernicious delusion. In famine-induced delirium, his fellow prospector in the frozen wastes imagines Charlie as a colossal and eminently eatable chicken. This time the transformation is visual as well as mental, as CC’s gestures and costume enact his temporary change of species.

Even these flights of transformative fancy pale beside the achievement of City Lights (1931). In his role as the Tramp, CC meets a blind girl (played by Virginia Cherrill) who earns a living selling flowers. Learning that her sight can be restored if she can go to Vienna for an operation, the Tramp tries everything to get cash to pay for her trip. Finally, he renews acquaintance with a millionaire; the man is prone to bouts of maudlin drunkenness, during one of which Charlie had previously rescued him from a suicide bid. The millionaire gives the Tramp the money he needs, and the Tramp then hands it to the flower girl; but the episode coincides with a burglary on the millionaire’s house, for which the Tramp is wrongly arrested and jailed.

While CC is in prison, the girl has her operation; now, her sight restored, she runs her own flower shop. Her one thought is to meet and thank the benefactor who transformed her life, and whom she idealises as handsome and wealthy. After his release, the Tramp wanders the streets, down at heel but still resilient. Happening to pass the flower shop, he stares enraptured at the flower girl; when he smiles, she smiles back, with a mixture of amusement at his antics and pity for his scruffiness—whereas the Tramp has instantly recognised her, she, for her part, sees him as no more than a highly implausible admirer. When she offers him a coin and a flower, he first shuffles away in embarrassment, then hesitatingly returns to accept the gifts. As she presses the coin into his hand and strokes his skin, the sense of touch that she used to rely on leads her, gradually and heart-stoppingly, to recognise the man whose generosity restored her sight. ‘You?’, she asks. ‘You can see now?’, he replies. ‘Yes, I can see now.’

As the scene fades and the film ends, the audience has witnessed, during one minute of screen time, an unsurpassable distillation of multiple metamorphoses. For the Tramp, the way the girl initially looks at him reveals the change in her condition from blind to sighted; later, he witnesses her expression shifting from amused insouciance to astonished awareness. As for the girl herself, the wealthy aristocrat she has been yearning for morphs, at the moment of recognition, into a dirty, derelict vagabond. Yet, at the same moment, the down-and-out she sees before her is transformed into a selfless hero, to be admired and loved.

From the idea of metamorphosis profound questions may arise, regarding, for example, form and substance (the Christian Mass) or the boundaries of the human and non-human (Arachne and all the rest). But sometimes the mood is lighter, when human beings turn into other species with hilarious consequences (Aristophanes’ Birds and Wasps). Rarer still are cases of transformation where comedy and pathos magically merge (A Midsummer Night’s Dream). This is Chaplin’s realm, where uncontrollable laughter and unstaunchable tears cohabit. The film critic James Agee described the ending of City Lights as “the greatest piece of acting and the highest moment in movies.” He was, if anything, understating the case.

Richard Buxton is Emeritus Professor of Greek Language and Literature at the University of Bristol, specialising in the study of ancient Greek mythology, literature, and religion.