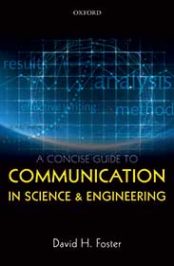 The abstract of a research article has a simple remit: to faithfully summarize the reported research. After the title, it’s the most read section of the article. It’s freely available on the publisher’s website and in online databases. Crucially, it makes the case to the reader for reading the article in full.

Alas, not all abstracts succeed.

Some take the notion of abstraction to extremes. This example is from a physics article:

Unitarity and geometrical effects are discussed for photon-photon scattering.

It has just ten words. Fortunately, most abstracts say rather more, though it’s possible to say too much. The next example, from a geology article, has over 370 words. It starts:

It continues in a similar vein for a further 350 words, accumulating more and more detail. The reason for the work is hinted at, but only becomes clear in the full article, at which point it’s too late.

Some abstracts introduce citations to previous research to provide background, contrary to the expectation that abstractions stand alone. In practice, citations can block the reader’s progress, as in this example from a remote-sensing article:

The purpose of this paper is to extend the stationary stochastic model defined in [1] to a time evolving sea state and platform motion.

The reference pointed to by “[1]” isn’t attached to the abstract, and the source article is obviously elsewhere. Yet without it, the rest of the text is difficult to appreciate. Similar problems can occur with abbreviations explained only in the article.

Some abstracts confuse their remit by summarizing the paper rather than its content. The shift to meta-reporting can lead to uninformative boiler-plate text. This example is from a medical education article:

Implications of these results are discussed.

It’s uninformative because readers already know that most research articles contain a discussion section where, by definition, results and their implications are discussed.

Some abstracts expand their remit to include personal research plans. This example is from a clinical article:

We plan to investigate why general practitioners are not complying with the pathway.

It’s common to find research aspirations in internal reports and in research grant applications, where they have a specific function. But published in an abstract, they can present a reader working in the same area with a difficult choice.

Some abstracts expand their remit even further with a self-evaluation of the research. This example is from a finance article:

We believe this study will benefit academics, regulators, policymakers and investors.

The problem is that the reader may not see these pronouncements as truly impartial, with the result that the authority of the article is weakened, not strengthened.

Abstracts can of course fail in many other ways, for example, omitting caveats, adding new information, exaggerating certainty, or providing no more than an advertisement, a piece of puffery.

How to write a successful abstract

In the light of all this, what should go into a successful abstract? Some clinical journals settle the matter by imposing a structured format. But most journal and conference proceedings don’t and may offer little or no detailed guidance to the author, who may be left confused about what’s needed.

One starting point is to think of the abstract not as a condensed version of the paper that preserves the original structure and proportions, but as a mini- or micro-paper in its own right, with certain basic elements:

Naturally the weight given to each element depends on the research—whether it’s experimental, observational, or theoretical, and whether the expected audience is general or specialized. How much to write about each element is then a balance between including detail and retaining the reader’s interest.

Within those constraints, it’s important to identify any critical assumptions, non-standard methods, and limitations on the findings so that the scope and potential application of the research is clear. The reader shouldn’t discover on reading the article that the abstract was misleading.

Here’s an example of a well-written abstract from a neuroscience article:

An unresolved question in neuroscience and psychology is how the brain monitors performance to regulate behavior. It has been proposed that the anterior cingulate cortex (ACC), on the medial surface of the frontal lobe, contributes to performance monitoring by detecting errors. In this study, event-related functional magnetic resonance imaging was used to examine ACC function. Results confirm that this region shows activity during erroneous responses. However, activity was also observed in the same region during correct responses under conditions of increased response competition. This suggests that the ACC detects conditions under which errors are likely to occur rather than errors themselves.

Successive sentences describe the context, the reason for the work, the methods, some results, and an implication. According to Elsevier’s Scopus database, the article has been cited over 2,500 times.

Encapsulating a body of research so effectively usually takes repeated rewriting. The timing, though, can be a challenge, since the abstract is often prepared last, when the main sections of the paper have found a settled form. It then risks being rushed while material is assembled for submission for publication.

Despite these pressures, the abstract needs as much attention as any other section of the paper. After all, if it doesn’t do its job, the reader may turn to other abstracts that do. And the published article may languish unretrieved and unseen, waiting in vain for the recognition it deserves.

David H. Foster is Professor of Vision Systems at the University of Manchester and formerly Director of Research in the School of Electrical & Electronic Engineering. He has served as journal editor or editor in chief for over thirty years. He is the author of A Concise Guide to Communication in Science and Engineering.

Why depth interviewing is essential to understanding individuals and institutions