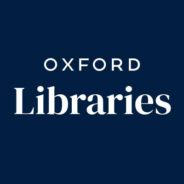 Engage with the world of libraries, librarians, and Oxford University Press on our Twitter channel, @ouplibraries.

In the 21st century, we are faced with news about the global environmental crisis on a regular basis. Rising temperatures, melting polar ice caps, loss of wild life, and deforestation are but a few examples of the coverage we are all too accustomed to. When faced with something with a global all-encompassing impact, it is sometimes difficult not to feel helpless and struggle to see the value individual contributions can have on fighting these challenges.

So, what might libraries do to help reduce the carbon footprint and what could the impact of such efforts be?

We spoke to Martin O’Connor, the Communications Coordinator at University College Cork’s (UCC) Library & Information Services, to find out how UCC Library chose to tackle the challenge and make their library greener with their “Love our Library” campaign.

What is “Love our Library” and what inspired the library to launch it?

As part of a national effort to improve energy efficiency across Ireland by 2020, which has a public sector goal of 33% energy reduction, in 2016 UCC conducted an extensive review of the energy usage across its campus. The discoveries from this review led to the initiation of the “Love our Library” campaign by the library staff at the university.

While the campaign initially started as an energy saving campaign, the newly founded Green Library Team quickly found out that focusing on energy alone would not be enough to tackle all the environmental challenges they were hoping to address. This led to the expansion of the campaign in an effort to further decrease the carbon footprint generated by the library.

O’Connor, speaking to us on behalf of the Green Library Team UCC, shared the team’s revised campaign goals: to reduce energy consumption, increase recycling rates, reduce waste generation, increase the use of water fountains, improve staff and student behaviour, and increase both staff and student engagement with these sustainability projects.

What has been done to meet the campaign goals?

Having started as an energy saving campaign, the initial focus was on just that. “We rebalanced air ventilation and heating systems to improve the office and reading room environmental conditions,” O’Connor explains, which was one of the main ways in which the library began to reduce its energy consumption alongside efforts like turning off the lights in low usage areas of the library during the summer months. In 2018 and with the money saved from reducing the annual energy consumption, the library was able to install a Living Wall. This wall of indoor plants not only acts as a natural air purifying system and toxin eliminator but also helps reduce odours, enhances concentration and memory and reduces stress and fatigue.

To tackle waste generation and increase recycling rates, UCC Library created binless offices, installed compost bins in the library, and centralised waste collection points while also campaigning to encourage students to use these new points. However, they did not stop there. O’Connor also tells us some of the more creative actions taken in support of these objectives. These include ”Ditch the Disposable” an initiative under which library users are only permitted to bring in drinks in reusable travel mugs, and the installation of Gum Drops which allow the UCC community to recycle their chewing gum. The library even utilised charitable actions in their recycling efforts. “We recycled computers into the local community via local schools and to developing countries via the charity Camera,” O’Connor told us.

Finally, to increase the usage of the library’s water fountains, the library has also upgraded their water fountains and included campaign posters talking about the issues with single-use plastics at the water-filling stations. As a green alternative, visitors to Boole Library can purchase reusable water bottles made from sugar cane which are sold at the library desk.

What has the impact of the campaign been?

Having been positively received across the university, with both student and staff body involved, it comes as no surprise that the “Love our Library” campaign has been a massive success. Since 2016, the library has saved approximately 615,000 kWh of energy with an annual reduction of 2% in their electrical consumption which has translated into over 65,000 euros in energy savings. Offering us a couple of fun factoids, O’Connor explains how this is “enough energy to power a light bulb for 2,300 years or travel around the world 66 times in an electric car.” As an equally exciting result, recycling has gone up an impressive 700%. The number includes specifics such as saving over 10,000 plastic bags each year. “With the moneys saved we were able to: invest in an air curtain, which will contribute to energy savings going forward, our Living Wall, and an E-Car as well as two E-Bikes,” O’Connor says.

Boole library has received both national and global recognition for “Love Our Library”, including winning Best Library Team at Irish Education Awards in 2018, “Best Public Sector Category” in Cork Environmental Awards Ceremony December in 2017, being the runner up for the International Federation of Library Associations (IFLA) Green Library Awards in 2019, shortlisted for Packman Awards – Innovation Waste Management 2018, and shortlisted for Sustainability Team of the Year at Irish Green Awards 2019.

What advice would you give to other libraries hoping to reduce their carbon footprint?

“The first thing we would say is ‘go for it’. Your library can make a difference!” O’Connor starts. “Bring together a dedicated team with an interest in the environment and engage with the student population and your user base. Get them on board as soon as possible,” he continues. For any library interested in sustainability projects of their own, getting the support of all the stakeholders right from the start is absolutely vital. If the library is part of an institution with its own sustainability team, O’Connor also encourages library staff to go them for advice and assistance. An important point is also made about publicising any savings a library makes following any green campaigns of their own. These types of figures are powerful and the most concrete way of demonstrating the fruits of your labour.

To finish off our discussion, O’Connor wants to offer some words of reassurance to any libraries interested in similar projects of their own, “Learn from those who have gone before you. In the spirit of sustainability, borrow ideas from others. You don’t need to reinvent the wheel.”

Anni Valkama is a Marketing Assistant in the Library Marketing team at Oxford University Press.