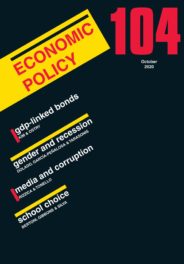 Economic Policy provides timely and authoritative analyses of the choices confronting policymakers. The subject matter ranges from the study of how individual markets can and should work to the broadest interactions in the world economy.

The reason is that environmental policies are a form of tax on most firms. These policies require firms to install expensive equipment and modify existing production processes. Otherwise, they suffer the consequences of fines and legal actions. However, firms, especially multinational firms, can eschew these costly policies by engaging in polluting activities in jurisdictions with lax environmental policies. Such “carbon leakage” is why without international coordination, these policies will not achieve their goals from a global perspective.

Scholars have long argued that environmental laws and pollution by companies are inextricably linked. When global corporations face strict regulations, they have two options: innovate or move damaging activities abroad. Some countries, on the other hand, use lax environmental laws to attract industrial facilities and employment. Thus, multinational firms that face stringent regulation at home tend to allocate their polluting activities to existing operations in countries with weak environmental regulations. Economists call this the pollution haven hypothesis (PHH).

However, testing this hypothesis is challenging. Previous research relied on country-level or industry-level statistics without observing actual pollution at the firm level. For example, several studies infer pollution from other variables, such as a company’s location or manufacturing decisions. Alternatively, other studies take a relatively broad scope, connecting aggregated economic activity to environmental law.

“Our study is the first to evaluate the PHH using micro-level data of actual CO2 emissions by multinational firms.”

Our study is the first to evaluate the PHH using micro-level data of actual CO2 emissions by multinational firms, which are often used by institutional investors to allocate their investments. For a large sample of multinational firms, we know the CO2 tonnage emitted in each country in each year between 2008 and 2015. After matching the data with the measure for the strictness of environmental legislation obtained from the World Economic Forum, we study where pollution takes place around the globe. 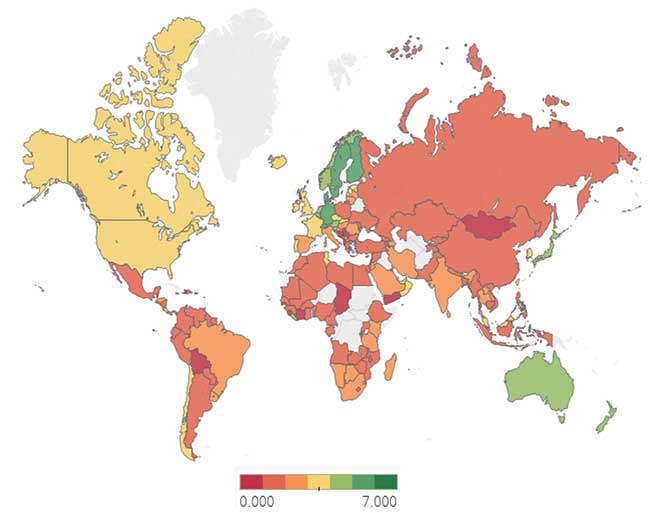 Where do large multinational firms pollute?

“Our analysis shows… firms are forced out from their home countries’ tight environmental policies rather than attracted by countries with lax policies.”

Some industries export more pollution than others. Firms involved in the production of coals and refined petroleum are the worst pollutants and those with the highest adjustment costs to clean technology. Our study shows that when confronted with domestic restrictions, a typical firm in our sample lowers its domestic emissions. However, pollution-intensive businesses do not decrease emissions even in their nation and export pollution twice as much as firms in other industries. As a result, targeting high-polluting sectors may be more effective in curbing global emissions.

Overall, our results strongly support Secretary Yellen’s call for international cooperation with respect to carbon environmental policies. Without such collaboration, leakage of polluting activities to countries with lax policies offsets much of the benefits due to the strict policies implemented by other countries.

Yeejin Jang is a Senior Lecturer of Finance in the School of Banking and Finance, University of New South Wales. Her main works try to understand how multinational firms manage their financial risks and finance investment and how corporations make financial decisions in global capital markets.

Michael Viehs is the Head of ESG integration for all investment strategies at the International Business of Federated Hermes in London. As part of that role, he is making sure that the investment teams and the stewardship team have incisive ESG and sustainability information at hand to make better investment and engagement decisions for all of Hermes’ clients. Michael is still conducting executive- and board-level on environmental, social, governance (ESG), and strategic issues with German publicly listed corporations.