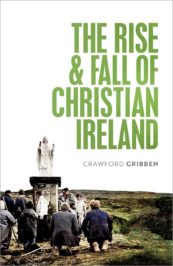 The Rise and Fall of Christian Ireland

One of the most curious features of sudden-onset secularisation on the island of Ireland has been the revitalisation of religious politics. This is most obvious in Northern Ireland, where within the last three months, the chaotic introduction of the Brexit protocol, loyalist riots, and a controversy about banning so-called “gay conversion therapy” have been followed by dramatic declines in electoral support for and leadership changes within the largest unionist party that can only be described as chaotic.

First, the Democratic Unionist Party chose to replace the canny pragmatism of Arlene Foster with the religious fundamentalism and social conservatism of Edwin Poots. This was a very curious decision. Poots is controversial even among his own colleagues, for he appears to want to move in exactly the opposite direction to that of the cultural mainstream, and his appointment as DUP leader has been followed by announcements of several high-profile resignations from the party—including that of Arlene Forster herself. Then after 21 days as party leader, Poots fell victim to the same kind of plotting, and looks set to be followed by Sir Jeffrey Donaldson.

These leadership changes have a broader significance. The province that the DUP has fought to protect is at a tipping point, having returned at the last general election, for the first time in its 100-year history, more nationalist than unionist MPs. So, as unionism faces the prospect of becoming a political minority, which would raise the obvious possibility of a border poll, why is its most significant party tearing itself apart?

The truth is that the collapse of the DUP reflects the implosion of its traditional base of support. Of course, the fragmentation of unionism might not be immediately obvious. Almost 25 years since the Good Friday Agreement brought an end to the “troubles” that had resulted in over 3,000 deaths, politics in Northern Ireland has still to escape from its proxy purpose of providing a sectarian headcount. In large part, that is due to the institutions that were set up to enable power-sharing, the rules of which require that unionist and nationalist interests must be balanced and carefully preserved. Whatever the benefits for peace of this institutionalisation of difference, it has slowed down effective government, not least because of the difficulty of creating an effective opposition—which is, after all, a critical component in any democratic system. This long record of ineffective government explains why despite enormous subventions from Westminster the province endures some of the most abysmal records of social and economic achievement in Europe: statistics show that, in Northern Ireland, disposable income is half that of the UK average, children experience some of the worst health in western Europe and some of the UK’s highest rates of child poverty, and the number of suicides is three times that of the UK average. While these problems are structural, and affect those on both sides of the community, there is no doubt that educational underachievement is particularly obvious among protestants: while the majority of protestant-background school leavers who move into higher education do so in Britain, only one-third of whom ever return home, their working-class peers have returned the worst educational performance of any social group in the UK with the exception of Roma and travellers.

So there is an obvious demographic challenge that unionist politicians must address. Their traditional electorate is shipping out its younger talent, while supporting social structures that limit the opportunities of those who are left behind.

But it is not simply that the protestant-unionist-loyalist communities are declining in educational achievement at the same time as they are declining as a proportion of the population—they are also growing less religious. One of the most striking results of the last census was to indicate that the religious category that is growing most strongly in unionist—and stereotypically protestant—constituencies is that of non-belief.

All of this makes the DUP’s direction of travel seem ever more peculiar. As protestant-unionist-loyalist communities become smaller, less well educated, and less religious, the party’s traditional support base will continue to contract.

So why is this the right time for the party to move in the direction of old-fashioned religious politics? As secularisation takes the sting out of sectarianism, will the party that was founded by Ian Paisley be returning to the reactionary values of its past?

It’s easy to forget that politics is not a rational game, and that political strategists are often at the mercy of the more elemental, sometimes visceral, aspirations and emotions. Under Arlene Foster, the DUP moved to abandon its traditional religious commitments. Edwin Poots would likely have worked to renew his party’s older, and Paisleyite, vision of a socially conservative society. Sir Jeffrey Donaldson is likely somewhere between the two. But in the context of the trends that are refashioning his once-dominant community, his re-positioning of Northern Ireland’s largest unionist party may be too little and too late.

Crawford Gribben teaches at Queen's University Belfast, and is the author of several books on Irish, British and American religious history. He writes for newspapers and magazines including The Wall Street Journal, The Irish Times, and History Today.

The Islamic monuments of Spain: four centuries ago and today