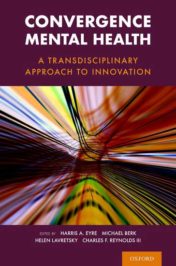 There is a clear sex and gender gap in outcomes for brain health disorders across the lifespan, with strikingly negative outcomes for women. This understanding calls for a more systematic way of approaching this issue of inequality. The “Brain Health Gap” highlights and frames inequalities in all areas across the translational spectrum from bench-to-bedside and from boardroom-to-policy and economics. Closing the Brain Health Gap will help economies create recovery and prepare our systems for future global shocks. It is a testament to the imperative of the “Brain Health Gap” that this conversation is moving beyond the inner circles of women’s convenings to more global platforms like the Organisation of Economic Co-Operation and Development (OECD) and the Virtual Lausanne Dialogues in May 2021, convened ahead of the World Health Assembly by the Global CEO Initiative on Alzheimer’s Disease (CEOi), the World Economic Forum (WEF), and the Davos Alzheimer’s Collaborative (DAC).

Alongside economic projections on the global prevalence and expanding burden of Alzheimer’s disease and dementia, the Virtual Lausanne Dialogues saw the release of a new US-centric economic study. The WHAM Report (Women’s Health Access Matters) shows that high network countries cannot afford inaction. Commissioned by a group of leading US business women and conducted by the non-profit RAND Corporation, the report was designed to study the impact of accelerating sex- and gender-based health research on women, their families, and the economy across diseases, like Alzheimer’s disease and related dementias, that impact women differently and differentially.

The WHAM Report found that women are 66% of the nearly 7 million people in the US with Alzheimer’s, and yet just 12% of 2019 NIH Alzheimer’s fund went to projects focused on women. Even more, the report showed the following: a) doubling the funds for women’s Alzheimer’s research pays for itself three times over; b) this 224% return on investment adds 15% more to our economy than general Alzheimer’s research; and c) adding $300 million for research on women generates $930 million in economic gains, adds back 4,000 years of life, eliminates 6,500 Alzheimer’s disease and related dementias, and saved 3,500 years of nursing home care and costs.

Disparities in prevalence, detection, and treatment are especially widespread and problematic in women’s brain health. The current brain health crisis—where brain health disorders span mental disorders like depression and anxiety to neurological disorders like Alzheimer’s disease—has disproportionately affected women. From a clinical and neuroscience perspective, there is a clear sex and gender gap in outcomes for brain health disorders across the lifespan, with strikingly negative outcomes for women. For example, two-thirds of Alzheimer’s patients worldwide are women. Further, US women over 60 are twice as likely to develop Alzheimer’s disease as breast cancer. In Australia, England, and Wales, dementia has become the leading cause of death for women, surpassing heart disease. Further, women have a higher lifetime risk of stroke than men and are twice as likely to be diagnosed with depression and anxiety disorders and migraines. These are all specific risks factors to develop dementia.

“Women’s symptoms are often overlooked, dismissed, or misdiagnosed due to poor understanding of female-specific symptoms.”

In addition, women’s symptoms are often overlooked, dismissed, or misdiagnosed due to poor understanding of female-specific symptoms. For instance, this is the case for mild cognitive impairment in Alzheimer’s disease, which is often overlooked due to the capacity of women to compensate due to a higher verbal memory reserve. This results in vast health inequities, which are aggravated by the higher level of poverty among women resulting in lower access to healthcare services.

Despite many mental and brain health conditions inexplicably affecting women, and the compelling economic case for funding women-focused studies as shown in the WHAM Report, there has been a lack of research to understand why. Across the age continuum women experience the changes in sex hormones (i.e., estrogen, progesterone, and androgens) induced by pregnancy and aging. Thus, it is probably not just the changes at menopause that impact modifications in behavior, cognition, mood, and sleep in women. More research is needed to understand the link between hormone changes in aging and the role of endogenous hormones in neural and cognitive processing.

Indeed, there is a large sex and gender data gap in medical research and textbooks. A large factor in the current sex and gender data gap is the exclusion or underrepresentation of females from cell, animal, and human clinical studies. From 1977 to 1993, the US Food and Drug Administration banned women of childbearing potential from participating in clinical trials. To this day, women are often excluded from clinical studies due to unsubstantiated beliefs that fluctuations in female hormones make women more difficult and expensive to study. When women are included, the data are often not analyzed for sex and gender differences. Thanks to the pioneering work of organizations such as the Women’s Brain Project, WHAM, WomenAgainstAlzheimer’s, the Global Alliance on Women’s Brain Health, and other scientific institutions around the world aimed at understanding sex and gender differences impacting brain and mental diseases, research has revealed significant sex and gender differences—such as with Alzheimer’s disease. It is now the time to implement these learnings into clinical development setting.

“Medical school curriculum continues to uphold that male and female bodies are generally the same besides for sex organs—a belief known as ‘bikini medicine’.”

For example, a 2005 Dutch study found that sex- and gender-related issues were “scarce or absent” across medical textbooks related to coronary heart disease, depression, alcohol abuse, and pharmacology, even though significant sex- and gender-related differences in prevalence and disease manifestation have been found across these conditions. Further, a 2016 study analyzed the online database for med-school courses in the United States (known as CurrMIT) and then had first- and second-year medical students audit the medical school curriculum for sex-and gender-related curriculum. The study demonstrated that schools integrating sex- and gender-related differences into curriculum was “minimal” and “haphazard and poorly defined.” Most of the content that did exist was “focused on the physiological/anatomical sex differences or gender differences in disease prevalence, with minimal coverage of sex- or gender-based differences in diagnosis, prognosis, treatment and outcomes.” In other words, medical school curriculum continues to uphold that male and female bodies are generally the same besides for sex organs—a belief known as “bikini medicine”—causing particularly large gaps in approaching treatment of disease and use of drugs. Interestingly, there was a significant positive association between the schools that offered the most comprehensive sex- and gender- related topics and having a women’s health program or female dean.

Beyond clinical implications of the lack of research on sex and gender differences in brain health, there are profound societal and economic ramifications. In addition to the WHAM Report, another recent report found that in the state of Texas alone, over $2.2 billion is lost by not treating mothers’ mental health issues from pregnancy until their child is five years old. This number does not account for how untreated mental health issues will affect the children and next generation. Indeed, a “Brain Health Gap” exists in all areas across the translational spectrum from bench-to-bedside to boardroom-to-policy. These inequities exist from science to clinical trials, to investment, to healthcare delivery, to economics. Figure 1 provides a graphical overview.

“Women—especially those who are racial-ethnic minorities and part of other underserved and marginalized groups—often bear the brunt of health inequities.”

COVID-19 has amplified and perpetuated the existing Brain Health Gap, exposing deeply entrenched societal inequities. The pandemic has magnified social and structural determinants of health and centuries of health inequity resulting from racism, colonization and imperialism, casteism, neighborhood segregation, income inequality, sexism and patriarchy, homophobia and transphobia, and anti-immigrant and xenophobia. Women—especially those who are racial-ethnic minorities and part of other underserved and marginalized groups—often bear the brunt of these health inequities. Thus, it is imperative that the conversation about women’s equality is not limited to cisgender, white females.

Despite the challenges of COVID-19, evidence indicates that women are more proactive than men in taking advantage of opportunities to improve, rebound, and strengthen their brain health and resilience and translate this charge to their families, communities, and the workplace. In a recent study, women across the life span enrolled in the BrainHealth Project at three times the rate of men. The results showed comparable gains between men and women in three factors contributing to global BrainHealth:

These gains were achieved at some of the worst times in our lives with a majority experiencing heightened depression, anxiety, social isolation, and brain fog as many had been furloughed, had to leave their jobs to homeschool their children, and were suffering from an unpredictable future. This suggests that, while women carry the weight during times of crises, they also are a powerful force to take up the mantle to be proactive about building brain health for themselves, their families, and their communities. Giving major attention to the pivotal role of women in boosting economic and societal resilience may help shore up the weakening foundation of our families, communities, and workforce.

“Closing the brain health gap can be remedied only at the social, political, policy, and diplomatic level.”

Closing the brain health gap can be remedied only at the social, political, policy, and diplomatic level. Taking sex and gender into account—including biological factors and social influences—is critical for equality in brain health and precision medicine. The OECD’s Neuroscience-inspired Policy Initiative seeks to tackle the Brain Health Gap. We aim to reconceptualize and revitalize the economy and how it works in new ways, laying the groundwork to identify relevant metrics while building a transdisciplinary network of stakeholders. The effort draws on experts from medicine, neuroscience, gender analysis, economic policy, philanthropy, and business. The Initiative will rapidly refine and advance women’s brain health via a series of research projects, economic modelling, seminars, and clear policy analyses and recommendations. In doing so, we hope to address the Brain Health Gap, leading to greater health justice for all people and a new era of innovation and progress.

Caring for our most vulnerable: lessons from COVID-19 on policy changes in the care home sector