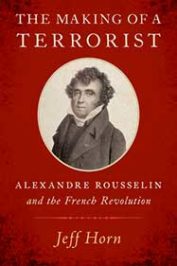 The Making of a Terrorist: Alexandre Rousselin and the French Revolution

Bastille Day is a French national holiday, marking the storming of the Bastille—a military fortress and prison—on 14 July 1789, in an uprising that helped usher in the French Revolution.

In the lead up to the anniversary of Bastille day, we’re sharing some of the latest French history titles, for you to explore, share, and enjoy. We have also granted free access to selected chapters, for a limited time, for you to dip into.

1. The Death of the French Atlantic: Trade, War, and Slavery in the Age of Revolution by Alan Forrest

War, revolution, and anti-slavery were the three major forces which led to the dramatic decline of France’s Atlantic empire with the loss of her richest Caribbean colony, Saint-Domingue. Alan Forrest draws a rich portrait of France’s Atlantic communities in this tumultuous period, and the uneasy legacy of the French slave trade.

2. How the French Learned to Vote: A History of Electoral Practice in France by Malcolm Crook

This is a comprehensive history of voting in France, which offers original insights into all aspects of electoral activity that today involve most adults across the world. 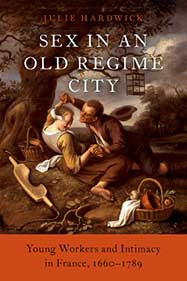 Sex in an Old Regime City is a major reframing of the long history of young people’s intimacy. It shows how long-running problems like out-of-wedlock pregnancy were handled very differently in Old Regime France than in more recent centuries. Abortion, infanticide, broken hearts, and conflict with parents and neighbors were key challenges of young people’s lives then as now but young couples’ efforts to deal with these challenges were supported in pragmatic, often sympathetic, ways by their communities and institutions like local courts, clergy, legal officials, and social welfare managers.

4. The Global Refuge: Huguenots in an Age of Empire by Owen Stanwood

The Global Refuge is the first global history of the Huguenots, Protestant refugees from France who scattered around the world in the seventeenth and eighteenth centuries. Inspired by visions of Eden, these religious migrants were forced to navigate a world of empires, forming colonies in North America, the Caribbean, and even South Africa and the Indian Ocean. 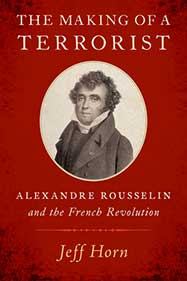 5. The Making of a Terrorist: Alexandre Rousselin and the French Revolution by Jeff Horn

This is the story of how an educated young man decided that the French Revolution was worth the use of state-sponsored violence, chose to become a terrorist to protect the republic, and spent the next five decades defending his actions.

6. The Voices of Nîmes: Women, Sex, and Marriage in Reformation Languedoc by Suzannah Lipscomb

Most of the women who ever lived left no trace of their existence on the record of history. In this book, Suzannah Lipscomb recovers the lives and aspirations of ordinary sixteenth- and seventeenth-century French women, using rich source material to show what they thought about their lives, menfolk, friendships, faith, and sex. 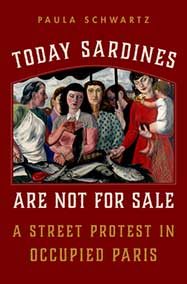 7. Today Sardines Are Not for Sale: A Street Protest in Occupied Paris by Paula Schwartz

This is the story of a food shortage demonstration organized by the underground French Communist party that took place at a central Parisian marketplace on May 31, 1942. The incident, known as the “women’s demonstration on the rue de Buci,” became a cause célèbre. In this microhistory of the event, Schwartz examines the many moving parts of an underground operation; the lives and deaths of the protesters, both women and men; and the ways in which the incident has been remembered, commemorated, or forgotten.

8. The Napoleonic Wars: A Global History by Alexander Mikaberidze

Austerlitz, Wagram, Borodino, Trafalgar, Leipzig, Waterloo: these are the places most closely associated with the Napoleonic Wars. But how did this period of nearly continuous warfare affect the world beyond Europe? The immensity of the fighting waged by France against England, Prussia, Austria, and Russia, and the immediate consequences of the tremors that spread from France as a result, overshadow the profound repercussions that the Napoleonic Wars had throughout the world. In this far-ranging work, Alexander Mikaberidze argues that the Napoleonic Wars can only be fully understood with an international context in mind. 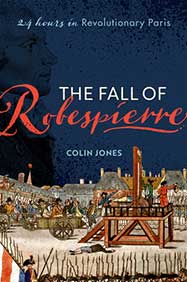 9. The Fall of Robespierre: 24 Hours in Revolutionary Paris by Colin Jones

The day of 9 Thermidor (27 July 1794) is universally acknowledged as a major turning-point in the history of the French Revolution. Maximilien Robespierre, the most prominent member of the Committee of Public Safety, was planning to destroy one of the most dangerous plots that the Revolution had faced.

10. Pirating and Publishing: The Book Trade in the Age of Enlightenment by Robert Darnton

In the late-18th century, a group of publishers in what historian Robert Darnton calls the “Fertile Crescent”—countries located along the French border, stretching from Holland to Switzerland—pirated the works of prominent (and often banned) French writers and distributed them in France, where laws governing piracy were in flux and any notion of “copyright” very much in its infancy. Pirating and Publishing reveals how and why piracy brought the Enlightenment to every corner of France, feeding the ideas that would explode into revolution. 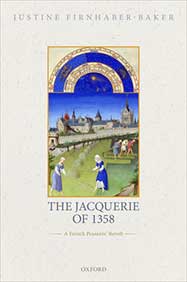 11. The Jacquerie of 1358: A French Peasants’ Revolt by Justine Firnhaber-Baker

The Jacquerie of 1358 is one of the most famous and mysterious peasant uprisings of the Middle Ages. This book, the first extended study of the Jacquerie in over a century, resolves long-standing controversies about whether the revolt was just an irrational explosion of peasant hatred or simply an extension of the Parisian revolt.

12. Libertines and the Law: Subversive Authors and Criminal Justice in Early Seventeenth-Century France by Adam Horsley

Libertines and the Law examines the legal and rhetorical tactics employed in the infamous trials of three subversive authors: Giulio Cesare Vanini, Jean Fontanier and Théophile de Viau. Their trials are contextualised with a detailed conceptual history of libertinism, as well as an exploration of literary censorship and the mechanics of the criminal justice system in early Bourbon France. 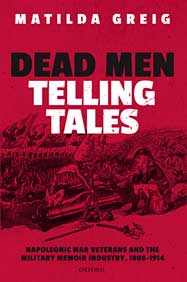 Dead Men Telling Tales is an original account of the lasting cultural impact made by the autobiographies of Napoleonic soldiers over the course of the nineteenth century.

The massacre at Paris