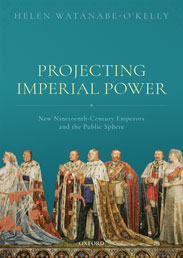 Mexico had been battling its way towards independence from Spain for some years when, in 1820, the Mexican-born officer, Agustín de Iturbide y Arámburu (1783-1824), proclaimed a new rebellion on behalf of what he called the Plan of Iguala. This called for Mexican independence, a constitutional monarchy with the Spanish king or another member of the Bourbon dynasty at its head, the Catholic religion as the only religion of Mexico, and the unity of all inhabitants, no matter what their origin, ethnicity, or social class. These articles were later boiled down to the so-called Three Guarantees: independence, religion, and unity (or union). It was decided that a provisional council would rule with a regency and that a new army led by Iturbide, called the Army of the Three Guarantees, would implement the provisions of Iguala.

When Spain’s representative, Juan O’Donojú y O’Ryan (1762-1821), arrived, he had no choice but to sign the Treaty of Córdoba on 24 August 1821, confirming Mexican independence. On 27 September 1821, Iturbide entered Mexico City. On the following day, amid general euphoria, the Act of Independence was signed and the Provisional Governing Council and the Regency were inaugurated. Iturbide was made president of the Regency and acted in this capacity from September 1821 until May 1822. He was repeatedly offered the throne in the autumn of 1821 and the spring of 1822, but he refused. He finally acquiesced in May 1822, when troops arrived outside his residence in Mexico City and demanded that he accept.

Agustín’s empire supposedly re-created the legitimate Aztec empire of Anáhuac, but when he was crowned and anointed on 21 July 1822 as Agustín I, many elements were borrowed from Napoleon’s coronation. The red fringed cloak he wore at his coronation was embroidered with eagles, for instance, and with the letters A and I. At the coronation, Agustín and his wife Ana Huarte were met at the door of the cathedral by two bishops and, as in Notre Dame in 1804, processed up the aisle under a baldachin. Three generals bore the crown, ring, and mantle of the empress and four the crown, sceptre, ring, and mantle of the emperor. The insignia were placed on the altar and two pairs of thrones for the emperor and empress were set up in the cathedral—smaller ones for before the coronation and larger ones for afterwards, again a Napoleonic arrangement. The religious ritual and the prayers were taken from the Pontificale Romanum, the official book of ceremonial of the Roman Catholic church, with some prayers taken from Napoleon’s coronation. Agustín and his wife were anointed on their lower right arms, Agustín swore an oath to uphold the agreement made with Congress on 21 May and was crowned by the President of the Congress. He then crowned his wife, as Napoleon had done.

Agustín’s reign was marked by frequent lavish public festivals, but they could not save him, and the manner in which he projected his power as emperor and his inability to satisfy conflicting demands led to widespread dissatisfaction. His overspending was much criticised, for his court consisted of 134 persons and his expenditure was reckoned to be five times that of the former Spanish viceroy. One and a half million pesos were allotted to the imperial house in the budget announced in December 1822. At the same time, because there was no money in the treasury, the army and government officials were forced to take a pay cut of up to 20% and there was a property tax of 40%. Large amounts of paper money were printed, and officials were forced to accept a third of their salaries in this useless currency. Criticism was freely voiced in the press, which led to attempts to curtail its freedom, and military tribunals were introduced. At the same time, crime rose. Agustín dissolved Congress on 31 October 1822, replacing it with a junta, thereby breaking the oath he had sworn at his coronation. After a series of uprisings against him in which he lost control of the army and the country began to fracture into separate provinces, he abdicated on 19 March 1823. He went into exile in Livorno in the Grand Duchy of Tuscany, but returned to Mexico on 14 July 1824, not realising that he had been outlawed in his absence. He was captured and executed by firing squad on 19 July 1824. His rule had lasted for only eighteen months in total, ten of them as emperor.