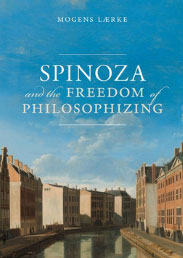 Spinoza and the Freedom of Philosophizing

Recent studies of Spinoza’s political theory in a contemporary perspective often place it in one of two categories, depicting him either as a defender of individual free speech and liberal democracy or as a champion of radical democracy and collective popular power. For some, he is something like a liberal supporter of the equal individual rights of all citizens to express whatever is on their mind, an early defender of “free speech.” For others, he is more like a left-wing populist championing the power of the multitude against a state taken hostage by special interests. Either way, Spinoza is seen to give theoretical support to popular resistance to excessive state power. Either way, he potentially or actually provides fodder for populist positions, no matter whether the culpable elite is construed as an entrenched state apparatus surreptitiously seeking to curb individual freedoms (a so-called “deep state”) or as representatives of global corporate interests embedded within the structures of government (as in Negri and Hardt’s conception of “Empire.”)

Much politically potent commentary has been produced on both sides of this divide. It all attempts—implicitly or explicitly—to enroll the philosopher in the service of whatever political project the authors wish to promote. Yet I think we will learn more from Spinoza if we let him address his own historical circumstances before asking him of what use his political theory may be to us in ours. And the fact is that neither US-style liberalism or libertarianism nor radical democracy was on the political menu anywhere in late seventeenth-century Europe when Spinoza wrote his texts. Moreover, nothing in his immediate political circumstances suggests that he would think that state power represented the principal threat to the freedom of citizens or the civil laws to be restrictions put on that freedom. Indeed, it is the contrary: those circumstances would rather make us expect him to defend state power as means to secure the freedom of citizens, and the civil laws to be the political instrument for achieving that. And this, indeed, he did.

Spinoza in the Dutch Republic

When Spinoza published his Tractatus theologico-politicus anonymously in 1670 in order to “defend the freedom of philosophizing,” he was promoting a certain kind of citizen. As others among Dutch Republican thinkers of his generation, perhaps most importantly the brothers Johann and Pieter de la Court, he was seeking to highlight the potential of a new political class that emerged in his time and to which many of Spinoza’s closest friends belonged: a financially independent, well-educated, and increasingly secular urban population eager to have their word in governance—the “wise merchants” as Caspar Barlaeus called them in his famous inaugural lecture as rector of the Amsterdam Athanaeum in 1632. These were, as Spinoza puts it, the “best citizens” whom “a good education, integrity of character, and virtue have made more free.” He put much confidence in them to lead a great democratic reform of the political structures of counsel and command, of political consultation, participation, and decision-making in the Dutch Republic. And his book—which in many ways can be read like an extended political pamphlet—aimed at showing the societal benefits of not just permitting, but actively supporting the creation and consolidation of a public sphere where this new breed of citizens could participate in political deliberations, a public sphere of “free philosophizing” where private men could come together to exchange in public about matters of common interest.

We will not succeed in understanding the meaning of Spinoza’s political theory if we do not take into account the fact that he was responding to circumstances tied to these transformations in the political landscape of the mid-seventeenth-century Dutch Republic. This said, while elaborating his response, he also created a political theory of democratic governance, republican ideals, society and religion, civic education, and popular participation in politics that, mutatis mutandis, also speaks to a wide range of today’s political issues, including—to mention just a few—free speech, political lying and deception, political flattery and opportunism, cultural and religious prejudice in public discourse, and the fundamental mechanisms of democratic deliberation and majority rule. And among these present-day issues that Spinoza’s texts can help address, we also find that of populism, if we understand by that a kind of politics that seeks to cater for the interests of a perceived class of ordinary people, by opposition to economic, political, and/or intellectual elites.

Now, in Spinoza’s time, the principal political fault line opposed the defenders of the prerogatives of the Spanish Crown in the Netherlands (the so-called Orangists) to those who defended the republican freedom of the Netherlands and the so-called “True Freedom” ushered in by Johan de Witt’s rule in the 1650s and 1660s. The idea of catering for the broader population was associated with the Orangist side of the political equation, with the Calvinist Church, and with the less educated rural population, as opposed to the badly disguised oligarchy of De Witt’s secular republican regime, organized around the state regents and their privileges and supported by the more urban segment of the population. Within that historical framework, it is remarkable that a defender of Dutch republicanism should also champion broad democratic participation in the way Spinoza did. But it also invites us to exercise considerable caution before we simply merge Spinoza’s republican ideals and democratic aspirations, because Dutch republicanism remained on the whole wedded to the idea that participation in political deliberation and decision-making was conditioned on political competence. Just being a citizen alone was not quite enough to qualify to participate in public deliberations. In Spinoza’s favored democracy, we learn in the 1677 Tractatus politicus, only a person “who is bound only by the laws … and who is … his own master and lives honorably, has the right to vote in the supreme council and to stand for political offices.” The requirement to be one’s own master, or sui juris, here prompts Spinoza’s infamous exclusion of women from voting rights and political office, but the demonstrable awfulness—on every level, logical, rhetorical, and ethical—of the argument he develops to that particular effect has tended to overshadow the broader, systemic meaning of the requirement of self-mastery for citizens of a democratic republic.

What is political freedom?

In any case, all this casts considerable doubt on any notion that Spinoza’s program for democratic reform was most importantly motivated by a concern for either popular sovereignty or individual freedom. It was governed by a republican concern for collective political freedom, peace and security. Spinoza did indeed argue—as one of the first in modern political theory—that a democratic state form offered the best path to achieve such collective political freedom. But he held this to be true only under certain conditions.

First, Spinoza believed, a democratic state form becomes dysfunctional and degenerates into mob rule if it does not include adjacent structures of free public consultation—a broad public sphere—that are sufficiently robust and protected by the state to withstand the threats from ill-intended or violent citizens, from those “worst men” who “censure publicly those who disagree” and “persecute in a hostile spirit.” This is a key insight for Spinoza and I think an important one for us, too. In order to secure a public sphere in which all citizens can participate with equal right and without fear the most important thing is not, as contemporary free speech advocates would have it, to defend the public sphere against state intrusion. It is to protect, by means of state institutions and legal safeguards, the public sphere from violence perpetrated by other citizens. Spinoza’s call for state control over the church is the most striking consequence of that approach—one that has been declared paradoxical by liberalist readers of Spinoza but which is in fact a direct consequence of one most basic feature of his understanding of political freedom, namely, that it first of all consists in state-guaranteed freedom from violence, so that we can express our judgments freely in the public sphere without fear of being persecuted by others. Securing such political freedom therefore requires appropriate state regulation of public speech, not de-regulation!

Second, in order to ascertain that democratic participation does not fall into disrepair and the public sphere eventually collapses into a chaotic mix of prejudice, deception, and flattery, citizens must have received a practical education to help ensure their financial independence, a liberal education which has taught them how to judge for themselves rather than simply spewing prejudices, and a civic education which has taught them to abide by basic rules of non-violence and respect for the social contract.

So what kind of democrat was Spinoza? Well, one thing he certainly was not was a defender of “free speech” as that expression is understood today. Was he anything like a left populist, then? Making of him, as is sometimes done, a partisan of popular power for the sole reason that he claims that political power ultimately lies with the people is hardly enough to put him in that basket. It is merely standard republican fare given that he does not claim that public authority—and I am referring here to the proper notion of authoritas, not the intractable term imperium—necessarily also lies with the people. And this he does not. In Spinoza, power lies with the people but public authority with the sovereign exactly as in Cicero power belongs to the people but authority to the senate. He was perhaps a populist in the sense that he rejected government based on the old courtly structures of privy counselors—special political advisors that he saw as either too self-interested or not sufficiently independent from the sovereigns they served. Remarkably for his time, he favored a broad interface of public consultation between the general citizenry and the sovereign power. He did, however, also think that broad public consultation would only be beneficial if citizens were sufficiently independent, knowledgeable, and committed to the common republican project to be worthwhile consulting. Practical, liberal, and civic education of citizens should go hand in hand with the political construction of a democratic republic. By contrast, he did not think that participatory democracy was necessarily advantageous for what he called “wretched” peoples subjected to their own prejudices and willing to “fight for slavery as they would for their salvation.” Spinoza’s extended analyses of the ancient Hebrew Republic show exactly this. But we could wonder if the events at the US Capitol on 6 January 2021 do not show it too.

Mogens Lærke is Senior Researcher at the French National Centre for Scientific Research (CNRS), a fellow at the Maison Française d'Oxford (MFO), and member of the research institute IHRIM at the École Normale Supérieure de Lyon. A specialist in early modern philosophy, notably Leibniz and Spinoza, he has published widely on early modern metaphysics, epistemology, philosophy of religion, and political philosophy. He is the managing editor of the BSHP New Texts in the History of Philosophy series from Oxford University Press.