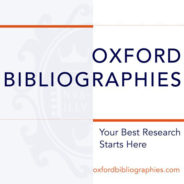 Pandemic life has underscored how digital technology can foster intimate connections. As citizens of a world that suddenly feels both more alienated and radically—dangerously—connected, the term “social distancing” has been added to many of our vocabularies. Yet a corollary of this dire necessity is new energy and renewed focus on a mode of interaction that, with greater or lesser uptake between individuals, has been growing in prominence for at least three decades: “distant sociality.” By this I don’t mean driveway conversations with neighbours or six-meter-apart walks with in-laws in parks—though we’ve been doing a lot of those too—but the kind of sociality at a distance that digital culture enables. From “locktails” over Zoom, to hosting professional conferences in Online Towns, to using videogame spaces such as Animal Crossing: New Horizons and Twitch streams for new functions, such as holding cancelled weddings, celebrating birthday parties, and even US 2020 election campaigning, the pandemic has pitched many of us into an intensity of digital intimacy previously more familiar to folks like gamers, fanfiction writers, and tweens.

Digital intimacy is not new. Almost from the beginning of networked computing, programmers used it for social functions. The first email was sent in 1972. Pre-internet spaces, such as the ARPANET and Minitel, and later early-internet ones, such as Usenet, BBSs (Bulletin Board System/Services), and IRC (Internet Relay Chat), opened up channels where people could begin to share lives, documents, ideas, passions, and pursuits at a distance. And the creation of more persistent text-based online spaces such as MUDs (Multi-User Dungeons/Domains) and their progeny in the early 70s/80s, combined with the rise of the World Wide Web in the 90s and the ability to browse, search, and share increasingly complex media—images, sounds, video, live-video, streaming media, 3D multiplayer gaming, and VR experiences—made digital worlds and online intimate connections vibrant and lively locales of culture. They have been the objects of study and the stakes of lawsuits, such as J. K. Rowling’s public feud with the website Harry Potter Lexicon over copyright infringement. Some of these online spaces, such as Facebook and YouTube, have garnered such societal prominence that we can consider them platforms, and have accrued an almost infrastructural importance. Others might be ephemeral, such as the evaporative one-to-one conduits on Snapchat, where many—and not just teens and tweens—maintain and nourish their social connections or even send sexy selfies to each other. Other others might be notorious, such as Parler and Gab, fora of choice for alt-right and white supremacist discourse-sharing. Some are so niche they may only be known to select communities, e.g., devotees of particular videogames, or may arise in highly local or personal settings, e.g., church group listservs, Fam Jamz text chains, or my dear aunt’s funeral livestreamed from Australia—an event I would never have been able to attend otherwise.

“Distant sociality is a lifeline, and often the lifeblood of our pandemic social worlds.”

But regardless of their provenance, it is undeniable that, due to social distancing, we are leaning on the intimacies afforded by digital spaces now more than ever. Distant sociality is a lifeline, and often the lifeblood of our pandemic social worlds. For example, one could look at how it has transformed academic life. While I’ve previously discussed how Facebook networks among academics can support us in our careers, these days social media connections with colleagues and the occasional chat on the margins of ubiquitous Zoom meetings are vital links to professional community. While ever-present email and messaging apps continue familiar roles, it is these sustained connections and conversations, with the ability to share humour and news, see pets and faces, that make the pandemic seem surmountable.

Our regular spaces of informal interaction are also transformed. With hallway chats and conference coffee breaks on hiatus, we are doubling down on our digital interconnections. Novel experimentation is welcomed. At the recent online conference for the Association of Internet Researchers (AoIR), the organizers spun a wealth of new media savvy into various forms of digital engagement. In addition to roundtables over Zoom, there were pre-recorded talks over YouTube, with discussion fora. There were livestreamed social events, such as a well-attended pub quiz series and exuberant Zoom karaoke. The centrepiece was the AoIR Social Town: a virtual village using Gather Town software that looked like a cross between a Japanese RPG and a Zoom meeting. Within this town were digital versions of the Irish pubs we would have haunted if the conference had been in Dublin as planned, that you could navigate as tiny customizable sprites to attend launches, visit a virtual bookfair (with reps from publishing houses in attendance), or have one-on-one and group chats, which would pop up as tiny video-feed windows when you approached others or sat at a virtual table.

With other forms of sociality stripped away or eroded, digital intimacies have been taking centre stage, and as a result, new people are finding them—who knew my dad in Long Term Care and unvisitable could learn to use FaceTime at 86 years old?—and those already proficient are often leading the way or deepening their engagements. One thing is certain: even post-pandemic, if such a thing is conceivable, distant sociality is not going anywhere.

Dr Nathan Rambukkana is an Assistant Professor in Communication Studies at Wilfrid Laurier University, in Canada. His work centres the study of discourse, politics, and identities, and his research addresses topics such as hashtag publics, digital and robotic intimacies, and non/monogamy.