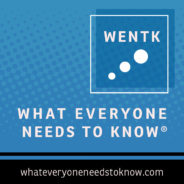 What Everyone Needs to Know®

Written by leading authorities in their given fields, each volume in Oxford's acclaimed What Everyone Needs to Know® (WENTK) series offers a balanced and authoritative primer on complex current issues. Available online, WENTKs span across popular topics and disciplines, including International Politics, Public Health, and Science, in a concise question-and-answer format which is ideal for researchers, lecturers, and students alike.

Across the globe, 2020 has proved to be one of the most tumultuous years in recent memory. From COVID-19 to the US Election, gain insight into some of the many events of 2020 with our curated reading list from the What Everyone Needs to Know® series:

Presidential elections are the crown jewel of American electoral democracy, but there are some very important issues looming. Is the electoral college the most reliable way to measure a presidential election, or should we be looking at other systems? The primary and pre-primary phases are long, expensive, and arduous. There are several ways our system could be made better. Will we ever create a better system?

Commentators use few words to describe the American political scene as frequently as they use the word “polarized.” But unfortunately, the terms polarized and polarization have taken on such a wide variety of meanings among journalists, politicians, and scholars that they often confuse, rather than clarify, the problems that our political system faces.

Read chapter two, “What is Political Polarization?”, from Nolan McCarty’s Polarization: What Everyone Needs to Know® here.

How is the word “immigration” defined? The Oxford English Dictionary states that “[immigration] is the action of entering into a country for the purpose of settling in it.” The definition conveys a sense of individual freedom. What are the meanings of “exile” and “refugee”? Are all Latinos Immigrants? What is the overall position of Latinos on Immigration?

Read chapter four, “Yearning to Breathe Free”, from Ilan Stavans’s Latinos in the United States: What Everyone Needs to Know® here.

The world’s wealthy democracies all have relatively honest governments. However, that wasn’t true a hundred or two hundred years ago, when they looked like governments in today’s poor countries. How did they do it? How do countries escape a high-corruption equilibrium?

Read chapter eight, “How do Countries Shift from High to Low Corruption?”, from Ray Fisman and Miriam A. Golden’s Corruption: What Everyone Needs to Know® here.

When we move toward an analysis of inequalities in the wider world, we are required to cope with far more complex and uncertain data, and at the same time to seek simpler and more abstract theories. But to come up with a theory that has common application across many countries, we need measurements of inequality across countries and through time that are reasonably comprehensive and reasonably reliable—and this is a major challenge.

Read chapter seven, “Causes of Changing Inequality in the World”, from James K. Galbraith’s Inequality: What Everyone Needs to Know® here.

The marine environment covers not only the ocean, but estuaries (e.g., bays), which are coastal areas where the seawater is diluted with freshwater coming from rivers and streams, or sometimes groundwater. Much of the pollution is concentrated in these shallow coastal areas, which are often next to urban centers and other concentrations of humans who are responsible for the pollution.

Read chapter one, “Introduction to marine environment and pollution”, from Judith S. Weis’s Marine Pollution: What Everyone Needs to Know® here.

A vaccine is a substance that is given to a person or animal to protect it from a particular pathogen—a bacterium, virus, or other microorganism that can cause disease. The goal of giving a vaccine is to prompt the body to create antibodies specific to the particular pathogen, which in turn will prevent infection or disease; it mimics infection on a small scale that does not induce actual illness.

Read chapter one, “What is a Vaccine and How Do Vaccines Work?”, from Kristen A. Feemster’s Vaccines: What Everyone Needs to Know® here.

A novel infection—new and previously unconfronted—that spreads globally and results in a high incidence of morbidity (sickness) and mortality (death) has, for the past 300 years or more, been described as a “pandemic.” Who declares a pandemic? Should the pandemic classification system be refined?

Fear and anxiety are normal in the face of the COVID-19 pandemic. We do not want to pathologize this normal fear and anxiety. We hope that people can use their good coping skills to deal with this unprecedented situation. We know we are in the thick of it, but we do not know exactly where we are in it.

Read the final chapter, “Afterword in the Face of the COVID-19 Pandemic”, from Barbara O. Rothbaum and Sheila A. M. Rauch’s PTSD: What Everyone Needs to Know® here.

As we reach the close of 2020, we look ahead to a hopeful 2021. With the forthcoming events of 2021, stay up-to-date on the most important topics leading the discussion today in politics, health, global affairs, and more with the What Everyone Needs to Know® series.

Julia Baker is a Marketing Coordinator at Oxford University Press.