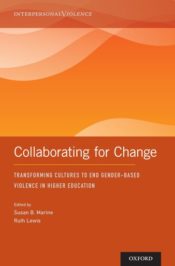 Protest and resistance thrive proudly on many university campuses. In recent history, students and faculty have organized to protest the Vietnam war in the United States, recognize the occupation of Tiananmen Square in China, resist capitalism in France, and react to many other injustices. More recently, activism to decolonise SOAS in the United Kingdom, to challenge ongoing racism at the University of Missouri, and to push back against tuition hikes in Montréal, Canada, have resulted in meaningful policy changes, signaling the effectiveness of raising collective voices in the service of change. Activism on campuses has been especially fruitful when students and faculty coalesce in opposition to sexual harassment. Sara Ahmed’s campaign against such harassment at Goldsmith’s in London is an especially vivid example of what happens when principled feminist actors take strong stands against repressive systems.

Stories of opposition to harassment rarely make international news, but quieter work is instructive nonetheless. Case in point: the work advanced by a group of academic faculty and university staffat the University of Glasgow. Recognizing the problem of sexual violence at her university, criminology professor Michelle Burman and colleagues formed a whole-university approach to addressing it, highlighting the importance of building sustainable coalitions that center the expertise of faculty and community grassroots workers alike.

Student activists at the university from a broad swath of groups– including Amnesty International, the feminist societies, and a group dedicated to student mental health– forged an alliance to respond to the deficits in policy and practice that upheld rape culture at their university. Faculty joined their efforts, amplifying the impact of their public campaign to end violence, known as Let’s Talk. Recognizing the limits of their knowledge and expertise, the coalition (also formed of representatives from neighboring Glasgow Caledonian University), forged a strong partnership with the staff of Rape Crisis Scotland.

The coalition pursued three areas of focus: research and evaluation; prevention, response and support; and analysis and messaging. At every turn, the work of the group was characterized by collaboration, by developing jointly defined goals and mileposts, and by enacting shared strategies to advance the work. The group’s persistence led it to obtain grant funding, implement multi-tier training for all faculty and staff, and create a partner-led video to raise awareness of the problem on their campuses. Not everything went perfectly: A policy designed to require the universities to safeguard all vulnerable children and adults in its care stalled. When the universities finally adopted a policy it was considered tokenistic by activists, especially the students.

Scholars know more than enough about the scope of the problem of sexual violence on university campuses. We know much less about how we work to change this present reality and how we can transform university campuses. Who feels passionately about ending sexual violence on campuses, and what do they do about it? How do campus activists, whether students, faculty, or staff, come together to theorize and enact cultural transformation? How do such collaborations provide new ways of thinking, acting, and responding to the threats posed by rape culture? How does the act of collaborative transformation change both campuses and those who engage in it?

Collaboration happens meaningfully among coalitions of faculty, staff, and student activists, particularly when they work together with specialist community organisations. Together, these coalitions endeavour to engage in deep culture change, often in the face of institutional and bureaucratic barriers, and often at great risk to the careers of those involved. Student activists are equally resolute, and often feel the backlash keenly from their peers.

Efforts that seek to transform, rather than reform, cultures and institutions, hold as their goal the uprooting of the myriad entrenched conditions that foster tolerance of violence. Such work not only sets ambitious goals of the eradication of gender-based violence, but also centers the complex and lengthy processes required to engage in truly meaningful collaboration which can themselves be transformative for individuals, groups and institutions.

This focus on process rather than just outcomes rejects the notion of commodified solutions, such as video-based seminars often offered by private companies. These kinds of things allow institutions to say that they are doing something to end gender-based violence. However, activists—steeped in relationships with and familiar with the strengths and values of the community—can do a better job. Their work shares a long connection with feminist change efforts around the globe, which have generated a myriad of successful localised collaborations, campaigns and services to challenge women’s oppression and men’s domination.  It’s important for people and groups to take the initiative to act against gender-based violence, instead of waiting for national or institutional leaders to turn their attention to its harms.

Those who would wish to see progressive transformations in universities are responding not only to the challenges of the COVID-19 pandemic, but also to forces of increasing marketisation and bureaucratisation, to struggles over the nature, purpose and value of higher education and, in some countries, the rolling back of gains made in terms of gender equality. In Hungary, women’s studies as an academic discipline is under attack while in the United States, the Department of Education has recently weakened the legal protections of sexual assault survivors. We are at a time of tremendous change for higher education.  Now, more than ever, it is vital we work to transform our institutions into more equitable environments where gender-based violence is no longer tolerated and where all students, staff, and faculty can live free of its harms.

Susan B. Marine is an associate professor of higher education in the School of Education and Social Policy at Merrimack College. She is the author of Stonewall's Legacy: Bisexual, Gay, lesbian, and Transgender Students in Higher Education.

Ruth Lewis is associate professor in the department of social sciences at Northumbria University. They are the editors of Collaborating for Change: Transforming Cultures to end Gender-Based Violence in Higher Education  available this fall from Oxford University Press.