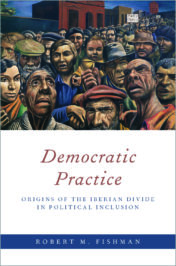 Donald Trump’s Independence Day attack on the culture of inclusion and equality highlights a problem long with us. Far from being united by principles enshrined in the country’s origins, America has long suffered deep discord over what lessons to draw from the nation’s history and how to tell the story of our past. Conflict over the treatment of minorities – and the bounds of inclusion in the country’s imagined community – has punctuated American history since independence.   Even after the end of the Trump presidency, the pursuit of equality and inclusion – and restoring some sense of national community – will require finding better ways to build on what we do with the country’s political past and the way we talk about it.

A good place to start is by taking seriously the best examples of how other countries have managed to build in useful ways on their past. As the COVID-19 pandemic tragically reminds us, at times the United States has handled shared challenges less successfully than other countries.

Useful, even inspiring, lessons are to be found in a small country at the western end of Europe, Portugal. Like the United States and France, Portugal looks to a revolution that enunciated principles of equality as the origin of its democracy. But more than those larger and more powerful countries, Portugal has dedicated great cultural and political efforts to constructing a shared political culture rooted in its founding moment – the Carnation Revolution of 25 April  1974 – when an uprising led by army captains brought an end to decades of dictatorship.   It was the Portuguese who inaugurated democracy’s worldwide third wave of expansion beginning on that day.

After the ravages of the 2008 Great Recession, Portugal became the only country in hard-hit southern Europe where satisfaction in democracy, and trust in political institutions, ranked above the average for Europe as a whole. The Portuguese actually diminished inequality somewhat during that crisis. They have the lowest unemployment and poverty of southern Europe and have largely escaped the growth of far-right populism that bedevils much of the world.   These triumphs are directly related to the country’s ability to draw culturally on the revolutionary origins of its democracy and to foster a deeply inclusionary understanding of politics.

Every year the Portuguese celebrate their 1974 Carnation Revolution in many ways – inside parliament and in the streets, schools and many other locations. Crucially, an annual session of parliament devoted to remembering the 1974 events is broadcast live on television and is followed by a large public demonstration. Numerous other commemorative acts, many focused on telling the story of the revolution to children, bolster the creative breadth of the annual event.

In the annual session of parliament, televised live every 25 April, political leaders exchange views on the lasting significance of the country’s liberation by revolution in 1974 and on the current meaning of those origins. Predictably, the parties differ somewhat in the points they emphasize, but perhaps due to the interactive and public character of their reflections, core principles have come to shape their speeches.

This annual interactive event has helped build wide cultural consensus that eluded the Portuguese before 1974. The revolution’s promotion of inclusionary participation, welcoming all voices into the public arena, is celebrated not only on the left but also by those to the right of Portugal’s center. The poetry of the revolution, a term often used by the Portuguese, is repeatedly noted by speakers of left and right who tell the story of their revolution and its enduring meaning. Over time the degree of consensus has grown. Songs and symbols once linked to the left are now applauded also by many on the right. The annual public exchange has helped to produce a political culture that welcomes the voices of the dissatisfied into the democratic arena, treating them as important.

Portugal’s political culture of inclusion shows its marks in many arenas. In the news media – where journalists share in setting policy of media organizations – coverage incorporates voices of the poor and other outsiders. In the school system, students and teachers have helped to shape policies friendly to diversity and creativity. Crucially, the country has incorporated large numbers of immigrants from former colonies in Africa and Asia. Prime Minister António Costa is the son of an Indian-origin immigrant, but his skin color is an undiscussed non-issue. Political life is built on the assumption of inclusion.

During the economic crisis that began in 2008, parties remained at least somewhat attentive to demonstrators and other dissatisfied citizens. In September 2012, the most aggressive austerity measure of that period was rolled back by a right-wing government after a nationwide campaign of protest. Government authorities cited their commitment to listening to voices of popular opposition. Earlier, in responding to the beginnings of economic crisis, a Socialist government combined egalitarian ideals and pragmatic moderation. Although external pressures pushed governments to impose cutbacks, they managed to reduce inequality somewhat – a record remarkably different from that of neighboring Spain in the same years.

Portugal emerged from the Great Recession with a political system that remains more socially responsive and less polarized than in many other countries. Existing political parties limited the populist far-right to just one parliamentary deputy in elections last fall. Their approach to politics, celebrating political inclusion, participation and their democracy’s revolutionary origins has greatly helped the country weather difficult times. Policy-making triumphs including successes of the educational system and the region’s lowest unemployment rate have attracted international attention. The interactive cultural work annually telling the story of their democracy’s origins and celebrating political inclusion has bolstered these successes.  In contrast, the United States – and France – have not attempted such a robust annual program of public exchange on the revolutionary origins of their political systems.

Efforts to draw meaning and inspiration from the past cannot eliminate economic conflict or political challenges, but creative public exchanges such as Portugal’s annual commemorations can help to build and sustain a better political playing field than the one that currently bedevils the United States. Portugal’s lively annual celebration of democracy’s revolutionary beginnings offers potentially useful example to a deeply troubled America nearly two and a half centuries after the 1776 proclamation that all men are created equal.

Robert M. Fishman is CONEX-Marie Curie Professor of Political Science and Sociology at Madrid's Carlos III University. He works on democracy and democratization, social protest movements and political inclusion, culture and politics, and historical approaches to social science. His previous faculty positions were at the University of Notre Dame and at Harvard University.

Responding to the rise of extremist populism