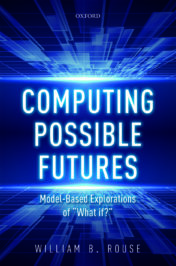 Waiting in the wings are the emerging impacts of climate change, the next big challenge. There will be no vaccine to stem sea level rise. We will first lose Miami (highest elevation of 24 feet), London (36 feet), Barcelona (39 feet) and New Orleans (43 feet).  Paris and New York City will disappear a bit later.

There are estimates that the cost of saving every threatened global city may be $14 trillion per year. The US portion of this number will represent a significant portion of the federal budget all devoted to one problem for many years. This may seem outlandish, but consider the nature of the threat.

If the ice cap in Antarctica totally melts, sea levels will rise 300 feet. I was surprised at this number, but I did the calculations from scratch and got the same results. Assuming this worst-case scenario, a 350-foot seawall around Manhattan, at current construction costs, would cost $25 trillion. Of roughly 50,000 buildings in Manhattan, over 500 skyscrapers would still be visible above the seawall.

Of course, the rest of New York City and Long Island would be deeply under water. Many inland cities (e.g., Atlanta, Burlington, and Columbus in the US, and Birmingham and Newcastle in the UK) might then have beachfronts.

Sea level rise is just one of the major impacts of climate change. Consider the overall causal chain:

In the end, we are drowned, starved and/or diseased. This is a challenge we should address sooner rather than later, although we are already a bit late.

We need an integrated approach to managing failures. This begins with failure prevention, e.g., building houses on elevated foundations or stockpiling personal protective equipment. But, it is impossible to prevent all failures, particularly those that you never imagined could happen. Managing failures involves detecting, diagnosing, and fixing problems.

These tasks can be integrated within a framework that involves predicting future challenges Organizations such as the United Nations, World Health Organization, Centers for Disease Prevention, and Control, and the Federal Reserve make such predictions regularly. Though often what occurs is different from what these organizations predicted.

When measured states differ significantly from predicted states, one then diagnoses these differences. Has something happened or are the models underlying the predictions in error? The first priority is to compensate for the consequences of these problems, e.g., dispatching teams to rescue flood victims.  Focus then shifts to remediating the causes of these problems – eliminating causes and/or fixing predictive models.

In order to make this happen it’s important to get support from stakeholders: including populations, industries, and governments. Gaining these stakeholders’ support for decisions to address climate change will depend upon the credibility of the predictions of behavior, at all levels in the system. Central to this support is the extent to which stakeholders interpret and pay attention to official predictions.

We cannot wait for the consequences of climate change to happen and then fix them– remember, there will be no vaccine for sea level rise. How will we afford to address this daunting future? Where will the money come from?

The answer is that we have to view climate change as an enormous economic opportunity. There is a wide range of possibilities for technological innovation, business creation, and millions of well-paying jobs. We should consider this to be the next Age of Exploration. It has already started. The difference between the current situation and the 15th-17th centuries is that we now need to explore in an integrated and coordinated manner. We must address climate change for everybody.

William B. Rouse is research professor within the McCourt School of Public Policy at Georgetown University and professor emeritus, and former chair, of the School of Industrial and Systems Engineering at Georgia Institute of Technology. He has written many books on modelling complex systems and enterprises, technology management, and innovation. He lives in Washington, DC.

Who decides how much the world can warm up? [Video]