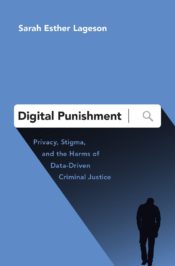 We are now witnessing enormous potential for criminal justice reform. State legislatures and mayoral offices are beginning to respond for calls for law enforcement transparency and broad shifts in police resources. At the same time, a broad range of private sector actors have publicly announced they will distance themselves from criminal justice institutions. Gannett, the company that owns USA Today and hundreds of other newspapers, has removed mugshots from news websites it publishes, and Amazon, Microsoft and IBM halted their facial recognition work for police departments. News organizations have worked to  blur the faces of protestors out of privacy concerns. Activists are also trying to ensure those arrested at protests don’t end up with a criminal record.

Private companies’ willingness to change their policies around criminal justice system involvement is an important step to limit the impact of the legal system in the everyday lives of millions of people who are arrested or charged with a crime each year. In America today, criminal punishment extends well outside the justice system in a myriad of ways increasingly exacerbated by new technologies. While the promises of data-driven criminal justice operations originally made many people hopeful that a more transparent and objective system was on the horizon, my research has shown that this has not been the outcome.

Instead, the voluminous data produced by the criminal justice system is often used against people for shaming, surveillance, and public punishment. The wide availability of criminal record data is rooted in American transparency law – laws that were designed to give us insight into the operations of police and courts. Over time, however, personal data companies have capitalized on low – cost public records data to support the robust background checking industry. Website operators have also utilized public criminal record data to create online repositories and even extortion schemes, charging people thousands of dollars to have their mugshot removed from the internet – only to have it pop up on dozens of other websites. We’ve reached a point where the American public not only uses criminal records to make important decisions about who we employ or rent to, but also as fodder for entertainment, voyeurism, and public shaming.

Data-driven criminal justice ensures that every interaction with the justice system is recorded into the digital canon. The resulting digital punishment is a disordered type of surveillance, where a person is never sure where or when a criminal record may pop up. Digital criminal records document arrests that are never prosecuted, and criminal charges that are dropped or dismissed. Even after a person completes a sentence or has their record expunged or sealed, digital punishment continues to permeate a person’s ability to find meaningful employment, safe housing, or even develop social networks.

Perhaps the greatest loss to the public is less transparency about police operations at an organizational level, even as we gain more insight into the personal details of an individual arrestee, we still know little about police misconduct or police shootings. As new legislation is rapidly ushered in to shed light on police and limit facial recognition to protect protesters, it may also be time to consider protecting those who have been targeted by police in the past and grapple daily with their criminal record on the internet.

There are specific steps the criminal legal system can take to limit the reach of digital punishment. We might consider creating more robust privacy protections for records created prior to a criminal conviction, similar to policies around grand jury targets or juvenile system data. Criminal justice agencies can use technology to limit the ability of third parties to scrape or crawl their websites, so that less records are disseminated across the internet without considerations of accuracy or veracity. States can continue to expand Clean Slate legislation that offers criminal record expungements, and demand criminal justice agencies better maintain their databases to limit mistakes and the spread of expunged records into the private sector. The public can also push social media and tech companies to recognize their role in extending police power, and demand privacy protections or a version of the European Right to Be Forgotten.

The public is quickly and increasingly suspicious of how technology has been leveraged to expand surveillance and social control and how data-driven approaches to criminal justice has created enormous stigmatization and discrimination, particularly for black Americans. As we witness rapid criminal justice reform across the country, it will be vital to hold both the public and private sector accountable for their role in expanding criminal punishment well outside the legal system.

Sarah Lageson is an assistant professor at the School of Criminal Justice at Rutgers University-Newark.