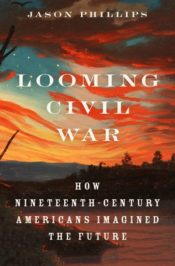 More than any crisis in recent memory, the coronavirus pandemic is changing how Americans understand time and imagine the future. Greater threats, like climate change, loom on the horizon, but they haven’t transformed time, because slower perils do not disrupt life and shutter society like COVID-19. During this crisis, familiar rhythms that structure time seem suspended like a pendulum in a broken clock. Children don’t wait for school buses or anticipate the bell that releases them at the end of the day. College students won’t cross a stage at graduation to mark the commencement of life’s next chapter. With mandates to stay home and close nonessential businesses, people no longer endure rush hour. Fortunate employees try to replicate work’s daily rhythms at home, while others stare at an empty future after being laid off. Social distancing is also affecting time in profound ways. When isolating from friends, relatives, and co-workers, the gatherings that marked our calendars—coffee breaks, happy hours, dates, church services, and birthday parties—are virtual or gone. Seasons continue to change, but without March Madness and baseball’s opening day, sports fans mourn the rites of spring.

Beneath the loss of rituals that structure our time lurks the presence of death and a deepening uncertainty about how and when this will end. Nothing cuts through human illusions of controlling time and the future like mortality. High risk populations face a danger that may mark their fate. Eventually, death interrupts everyone’s plans, but COVID-19 has changed humanity’s prospects. Tenuous at best are historical and medical comparisons to this pandemic and its course. While the novelty of the virus unsettles predictions about it, scientists scramble to learn its characteristics and find a cure. The long incubation period and lack of widespread testing raise uncertainties about the current spread of contagion. As we distance ourselves from others to “flatten the curve” of the pandemic, another factor undermines educated guesses about the future—humanity’s unpredictability. How long public officials maintain closures, how low stock markets drop, and how many people disregard warnings or hoard masks and gloves will affect the virus’s future, and ours, more than any chart can calculate. Most of us will survive this crisis, but as we live through it, our old ways of imagining time and tomorrow may not.

History cannot unveil tomorrow, but it can help us understand how our view of the future, whatever it brings, changes over time. The Civil War, the last major conflict on American soil, disrupted life and brought death like no other event in US history. “I cannot believe I am the same person that was ever so lighthearted and hopeful in the future,” a war widow wrote her uncle in October 1865. Before the war, most Americans thought the future was open, opportunities abounded, and humanity made history. These people believed in progress, looked forward to tomorrow, and imagined themselves traveling through time, and shaping the future and their lives in the process. In 1861 thousands of volunteer soldiers embodied an optimistic view that daring, enterprising men controlled the future and held the fate of the nation in their hands. As New Yorker Theodore Winthrop put it when he marched to war, “We are making our history hand over hand.” He scoffed at politicians’ speeches and women’s prayers; only men of action forged time. Weeks later Winthrop was the first officer killed in battle.

When the war acquired its own momentum and killed thousands, it undercut Americans’ confidence that they made history by anticipating events and fashioning the future. The destructive indecision of military campaigns challenged people’s faith in perpetual progress. Facing uncertainty, some Americans looked to God to design tomorrow and provide a meaningful ending to the war. Others doubted that the Almighty was responsible for such carnage and waste. For doubters, the war defied linear narratives toward civilization or salvation. Whatever fate awaited America, people sensed that the war’s outcome would arrive in its own time and on its own terms. The crisis over slavery and the Union changed how Americans imagined time. Instead of focusing on an open future that people made, survivors envisioned a closed future that other forces, impersonal or supernatural, had already determined. Tomorrow remained ahead of them, but instead of moving toward it, people expected time to approach them like waves crashing ashore.

Adversity prepared some Americans for this future better than others. When the war came, gender norms compelled women to stay behind and await the future. Fate would come when either their men returned or news of their deaths arrived. When her brother headed to the front, South Carolinian Grace Elmore wrote, “Dante never saw more clearly the tortures of the damned than I have the possibilities of the Future.”  She imagined him dead on the battlefield, her mother shorn of wealth in old age, her family scattered. Untold thousands of women expected similar tragedies and felt powerless to avoid them. Perhaps African Americans faced the war’s uncertain future with the most experience and facility. Recalling his life enslaved to the Brent family in Richmond, Thomas Johnson remembered anxiety, rumors, and biblical readings rippling through the black community as the war approached. Years of bondage taught Johnson and others the mental discipline to empty their minds during painful times, be attuned to impersonal forces, and keep hope’s flame sheltered and hidden. Freedom finally arrived when the Union army entered Richmond on April 3, 1865. “That scene of years ago comes vividly before me at this moment,” Johnson wrote at the turn of the century.  Finally, the long night of affliction had passed. Slavery’s survivors danced in the streets, played music, yelled at the top of their lungs, and gave impromptu speeches to gathering crowds.

Whenever our affliction ends, similar scenes will fill city streets across America. Like Civil War Americans, we will mourn loved ones who perished in the crisis and face the future with a more complicated view of time. Tempered by adversity and mindful of forces beyond our control, will we better understand how the future shapes us while we approach it? Only time will tell.

Jason Phillips is the author of Looming Civil War: How Nineteenth-Century Americans Imagined the Future (Oxford University Press, 2018) and the Eberly Family Professor of Civil War Studies in the department of history at West Virginia University.