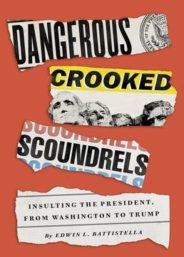 If only it were so easy.

Consider the present tense. Its meaning often refers not to things happening right now but to some general state of affairs, as in Italians eat salad after the main course or Healthy people exercise regularly. If you want to indicate something actually going on in the moment, the present progressive is used: a present tense be verb followed by the –ing participle, as in Allison is visiting her sister or Carlo is eating a salad.

We use a present tense form of the auxiliary verb have followed by the –en or -ed participle to create what is known as the present perfect tense, as in The lake has frozen or Dennis has eaten all the cookies. In these two examples, the combination of present tense and perfect aspect indicates a completed change of state in the first case—from unfrozen to frozen—and a completed action in the second—the cookies are eaten. One of the uses of the present perfect is to depict activities begun in the past and completed at present.

The present perfect, however, can also be used to refer to activities begun in the past, true at present, and possibly continuing into the future:

Carlsen has defended his championship again.

The soccer team has won every match.

For many years, children have eaten too much junk food.

If you put the auxiliary verb in the past tense, then you get the past perfect: The lake had frozen or Dennis had eaten all the cookies. Here, an activity was completed in the past, even if that past is just a few seconds ago. The past perfect (also known as the pluperfect) often occurs with adverbial clauses or other modifiers indicating what happened next, as in The children had eaten a lot of junk food until their parents realized it wasn’t good for them or The lake had frozen by the time we got there.

You can even combine the perfect with the future to craft sentences in which the completion of the action is projected or contemplated to be in the future: The lake will have frozen by the time we get there.

The perfect tenses are often used in narrative to backshift an action or description. Here are three examples:

The captain had long since returned to his post and the guards, having swapped their belligerence for boredom, now leaned against the wall… (from Amor Towles’s A Gentleman in Moscow)

In Towles’s past tense narration, the had … returned and having swapped situate certain actions in the past with respect to the event being described.

It was only later that he realized the reason they had called him, but by then it was too late for the information to do him any good. At the time, all the two men had told him was that they had seen his picture in the paper… (from Brian Evenson’s Last Days)

Once again the perfect tenses place the calling, telling, and seeing further in the past.

I had seen it many times before, on screens. … his beard had become, over the previous months…a full-on international brand (from Sam Anderson’s Boomtown).

In this example describing basketball player James Harden’s beard, had seen connotes an indefinite number of past beard-seeings while had become stretches the becoming into the recent past and the potential future.

To get a full flavor of the utility of the past perfect, try mentally replacing it will the simple past in any of those examples. The past events become more immediate—and less effective: The captain returned to his post. It was only later that he realized the reason they called him. I saw it many times before, on screens.

The present perfect often finds its way into dialogue, where someone is speaking about an event in the immediate past. Consider these two examples also from Amor Towles, after Count Rostov has been signaled by Andre:

“What has happened?” asked the Count when he reached the maître d’s side.

“I have just been notified that there is to be a private function in the Yellow Room, after all.

Examples of the future perfect are harder to find in the wild. Here is one from Ted Chiang’s science fiction “Story of Your Life,” in which Louise Banks is narrating future events to her daughter.

“By then Nelson and I will have moved into our farmhouse, and your dad will be living with what’s-her-name.”

“Your nursery will have that “baby smell” of diaper rash cream and talcum powder, with a faint ammoniac whiff coming from the diaper pail in the corner.”

Edwin L. Battistella teaches linguistics and writing at Southern Oregon University in Ashland, where he has served as a dean and as interim provost.