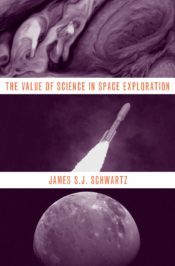 The Value of Science in Space Exploration

Among the bevy of executive actions undertaken by President Donald Trump during the COVID-19 crisis is, of all things, an executive order (issued on 6 April 2020) promoting the development of space resources, which states in part that:

But what does this really mean, and is it a good or a bad thing?

The executive order fits the mold of a common rallying call among space advocates that, confined to Earth, humanity exists in a closed society that stifles progress on all fronts, but especially on social and economic fronts.  Progress, we’re told, requires an ever expanding space frontier that will provide humanity with limitless resources, removing any need to be concerned about the rate at which we consume natural resources.  Further, we’re told, this progress requires a minimally-regulated, free market approach to space resources.  It is only through permitting the private sector free reign over space resources that humanity can even hope to see any benefits.

In some respects this new executive order is nothing new at all when it comes to US space policy, given that the Commercial Space Launch Competitiveness Act of 2015, signed by then-President Barack Obama, had already codified the US government’s willingness to defend American firms’ claims to ownership over any resources they extract from space.  Questions still linger as to whether this law is compatible with Article II of the 1967 Outer Space Treaty, which prohibits national sovereignty claims over celestial bodies (such as the Moon, the planets, and comets and asteroids).  Nevertheless, what this executive order does make clear is that the American position is one that decisively rejects the 1979 Moon Agreement, which, had it been widely signed and ratified, would have required space resource exploitation to be conducted under an international regime that would, among other things, require “[a]n equitable sharing by all States Parties in the benefits derived from [space] resources, whereby the interests and needs of the developing countries, as well as the efforts of those countries which have contributed either directly or indirectly to the exploration of the moon, shall be given special, consideration.” It should not be difficult to see why private firms potentially interested in space mining have long been opposed to the Moon Agreement, since the idea of “benefit sharing” does not seem compatible with the goal of running a profitable mining operation.

But to make sense of whether US policy is a step in the right direction, we need to appreciate some of the thornier details about the space resource game. Space resource advocacy rests on a mistaken conception of whether and to what degree space resources will benefit humanity. The first issue is that space resources, while nearly limitless in principle, are nevertheless quite scarce in practice.  The two most tantalizing resources from the Moon – water ice (from the “permanently shadowed regions” in the lunar north and south poles) as well as a fusion fuel source, Helium-3 (implanted in the lunar surface from the solar wind) – do not exist in very large quantities.  The same is true for easily accessible near-Earth asteroids, to which we might turn for water, nickel, or platinum.  For instance, estimates of the quantity of water potentially available from permanently shadowed regions together with the asteroids that are as “easy” to get to as the Moon only total to about 3.7 km3.  This water supply is both limited and non-renewable, and thus cannot be exploited sustainably. Once we use it up, it is gone.  Meanwhile, the highest concentrations of Helium-3 are measured in tens of parts per billion.

To produce just 1 kg of Helium-3 would take enough lunar regolith to fill a 6 m deep hole the size of an American football field (including endzones).

The picture that should be emerging is one where important space resources are, for the time being, in very short supply.  Clearly, we can’t expect them to herald the salvation of humanity’s resource concerns, since these quantities pale in comparison to what is already available in terrestrial markets.  Moreover, we won’t even be able to access the vastly larger resource pools available (the rest of the near-Earth asteroids, the Main Belt asteroids, etc.) unless we use our early spoils to expand our spaceflight and space resource extraction capabilities.

The possible future in which space resources actually become available in sufficient quantities to benefit all of humanity will only come to pass if we use what we get first very wisely.  If we waste all of the precious, rare lunar water ice on trivial activities like space tourism, we might never develop the ability to access more distant resource pools.

Will the free market enable the wise, rational, and sustainable extraction and consumption of nearby space resources?

Free market principles have an incredibly poor track record on Earth when it comes to ensuring the long-term, sustainable, and genuinely life-enriching extraction and use of natural resources.  We should be skeptical, not hopeful, that the same principles will suddenly have better consequences when it comes to space resources. A future where space resources genuinely benefit humanity (which to me means benefitting its least fortunate members and not just the wealthy few who will operate space mining firms) is a choice, not an inevitability. For the time being, it seems as though the United States has chosen a path that is not likely to realize this future.

More broadly we should ask: Are moons, planets, and asteroids mere resources for humans to use however they please?  Or might we have obligations to conserve or protect space environments, placing them off-limits, even if only temporarily, to commercial extraction and use?

James S. J. Schwartz is an assistant teaching professor of philosophy at Wichita State University and co-editor of The Ethics of Space Exploration.