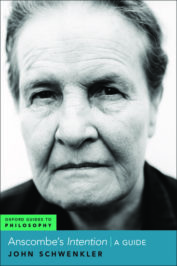 During military conflict, what are the constraints on the things that a warring nation may do to achieve their objectives? And what constraints are there on the objectives that such a nation should have in the first place?

A traditional answer to the first of these questions draws a sharp line at the deliberate killing of noncombatants. Though it has been affirmed by many great philosophers and theologians, this restriction was violated repeatedly during the Second World War, most notably in the nuclear annihilation of the Japanese cities of Hiroshima and Nagasaki. While an overwhelming majority of Americans supported US President Harry Truman’s decision to bomb those cities in the days immediately after the bombs were dropped, public opinion today is sharply divided, with just over half of Americans thinking that the bombings were justified.

It was due to her conviction that the choice to bomb these cities made President Truman a murderer, that the philosopher Elizabeth Anscombe gave a speech to her colleagues at the University of Oxford in June, 1956, attempting to convince them not to grant Truman an honorary doctorate. Anscombe was a Catholic convert and student of Ludwig Wittgenstein who then worked as a tutor at the all-women Somerville College. “If you do give this honor,” she asked rhetorically, “what Nero, what Genghis Khan, what Hitler, or what Stalin will not be honored in the future?” Despite her best efforts the motion failed badly, with only three or four other faculty joining her dissent.

Anscombe’s critique of Truman is most often remembered for her challenge to the “consequentialist” thesis that it is always possible in principle to justify an action by appeal to the balance of consequences in favor of it. But Anscombe herself argued that the consequentialist defense of Truman took for granted a further injustice, namely the Allied powers’ demand for unconditional surrender by the Japanese. “Given the conditions,” she wrote in her pamphlet “Mr Truman’s Degree,” an even greater number of civilian casualties “was probably what was averted by [Truman’s] action. But what were the conditions? The unlimited objective, the fixation on unconditional surrender.” It was this demand, Anscombe argued, that really was “the root of all evil.”

Anscombe had made a similar argument almost two decades earlier, in a pamphlet she wrote as an Oxford undergraduate that critiqued the decision to go to war with Nazi Germany. Citing Thomas Aquinas, Anscombe argued that “If a war is to be just, the warring state must intend only what is just, and the aim of the war must be to set right certain specific injustices. That is, the righting of wrong done must be a sufficient condition on which peace will be made.” By contrast, unconditional surrender does not aim to set right any specific injustice. Rather it says, lay down your arms and we will do what we want to you. In all likelihood, achieving such a demand will require going beyond the righting of specific wrongs. The demand for unconditional surrender leads in turn to unlimited war.

While Anscombe’s arguments against killing noncombatants are sometimes dismissed as inflexible or “high-minded,” in fact it is her position that best reflects the essentially political nature of military conflict. To see this, we should recall the German military theorist Carl von Clausewitz’s dictum: that war is politics by other means. Politics focuses on promoting and securing justice and the common good. Justice, in this context, is to give to others what they are due. And this is why there cannot be a just commitment to an unlimited end. When a warring nation declares such an end it is quite predictable that their adversary will not disarm in the way that is demanded. And when one’s adversary inevitably resists the unjust demand, it is always possible to blame them for what comes next. This is what the consequentialist justification comes to: If only the Japanese had done what Truman demanded of them, he would not have been required to bomb their cities.

Anscombe’s opposition to consequentialism is well known, but she did not attribute the decision to drop the atomic bombs simply to the acceptance of that doctrine. Rather, in her eyes the root cause of Truman’s unjust calculus was the unjust demand for unlimited victory. When we ignore the basic good of justice, we naturally embrace consequentialist reasoning, which can justify almost any decision. One justification for the attack on Iraq in 2003 was that the expected consequences of war and regime change would be better than living with the status quo. We now recognize that justification as flawed, but if Iraq becomes a stable democracy in a few years, expect the consequentialist justification to resurface. That’s the power of consequentialism. You can always find a set of effects over some period of time by which to justify a decision.

In war, and politics more generally, Anscombe instructs us to focus on justice. What needs to be set right? What do we owe each other? The obligations of justice mean we have to respect human rights and to negotiate. Military force is necessary only to rectify specific injustices and enable the negotiation of just settlements. Only limited war may be just.

Featured Image by WikiImages from Pixabay.

John Schwenkler is an associate professor of philosophy at Florida State University, where he has worked since 2013. He is the author of Anscombe’s Intention: A Guide (Oxford University Press, 2019). His research is in the philosophy of mind and action.

Mark Souva is Professor of Political Science at Florida State University, where he has worked since 2002. He is co-author, with Charles Barrilleaux and Chris Reenock, of Democratic Policymaking: Introduction to Public Policy (Cambridge University Press, 2017). His research focuses on conflict processes.