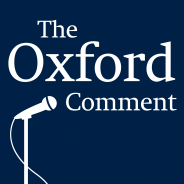 This week, the world celebrates the 50th anniversary of Earth Day. At the behest of Wisconsin Senator Gaylord Nelson, an estimated 20 million people across the United States gathered to raise awareness for environmental protection and preservation on 22 April 1970. This first Earth Day was a catalyst for the modern environmental movement; by the end of the year, the Environmental Protection Agency had been created, and the Clean Air, Clean Water, and Endangered Species Acts were all passed in Congress by 1973.

In recent years, religious figures from Ecumenical Patriarch Bartholomew to Pope Francis have preached against the degradation of the earth, bringing the ideals of environmental protection and conservation to new audiences. In addition to early conservation history, this intersection of spirituality, ethics, and environmental issues is the focus of today’s episode of The Oxford Comment.

To speak on these topics, and, of course, our collective, ongoing struggle against climate change, we are joined by Ted Steinberg, author of Down to Earth: Nature’s Role in American History, Belden Lane, author of The Great Conversation: Nature and the Care of the Soul, Lufti Radwan of Willowbrook Farm, and Buddy Huffaker, executive director of the Aldo Leopold Foundation.

The trouble with how we talk about climate change