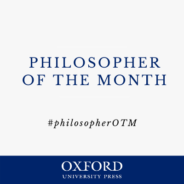 Philosopher of the Month Collection

Henry David Thoreau was an American philosopher, environmentalist, poet, and essayist. He is best known for Walden, an account of a simpler life lived in natural surroundings, first published in 1854, and his 1849 essay Civil Disobedience which presents a rebuttal of unjust government influence over the individual. An avid, and widely-read, student of philosophy from the classical to the contemporary, Thoreau pursued philosophy as a way of life and not solely a lens for thought and discourse.

Born in 1817 in Concord, Massachusetts, Thoreau was raised in a modest household by his parents John Thoreau, a pencil maker, and Cynthia Dunbar. He was to spend almost all of his life in Concord, save for his time at Harvard from 1833 to 1837 where he studied classics, philosophy, science, and maths. After graduating and returning to his hometown, Thoreau with his brother John opened the Concord Academy, which alongside a traditional program also promoted new concepts such as taking walks in nature and paying visits to local businesses.

An early friendship and influence came in the form of the essayist and Transcendentalism founder, Ralph Waldo Emerson. Emerson a champion of Thoreau, encouraged him to keep a journal which became a life-long habit and from which his first written piece for journal The Dial was taken. Their friendship was to last for many years, despite a differing and diverging of philosophies as Thoreau moved away from transcendentalism. Thoreau eventually built a small hut in wooded land owned by Emerson by the shores of Walden Pond, where he would live for two years. The stay was to provide the basis of Walden, published in 1854.

In Walden or Life in the Woods Thoreau records his spiritual and philosophical two year, two month, and two day sojourn ensconced in a “tightly shingled and plastered” cottage deep in the New England forests. It focuses on themes of simplicity, self-sufficiency, solitude, and spirituality, with the woodland dweller recording intricate details of his economies; the sounds, geography, environmental changes of his habitat; and his thoughts on everything from vegetarianism to teetotalism to chastity. Walden defies categorization and many have questioned whether the book is a true work of philosophy. It does not question so much as it describes, yet the very nature of the text encourages us to explore some fundamental philosophical concepts.

If Walden gives us reflection, Civil Disobedience gives us intent. Also known as Resistance to Civil Government, this short essay, published in 1849, was derived from a blistering series of lectures and is seen in part as a reaction to slavery and the Mexican-American War. Thoreau firmly asserted the rights of the individual against an unjust state. Despite his support of abolitionist John Brown’s call for use of arms to overthrow slavery, Thoreau believed in non-violent protest and exercised civil disobedience through alternate methods. In July 1846 Thoreau spent the night in jail after refusing to pay poll tax, saying he opposed supporting a government tax where he had no knowledge of how the money was to be spent. Civil Disobedience has gone on to inspire many other notable figures since its publication.

In later life Thoreau became further entranced by the natural world and travel. His travels took him across North America and Canada, stimulating many papers and books, as well recordings in his journal.

Walden and Civil Disobedience offer a lens on Thoreau’s life and work. We see a man, humble (he worked alongside his father in the pencil factory for much of his life), thoughtful, conscious, passionate, and quietly revolutionary. Aware he was dying, when asked by his aunt Louisa if he had made his peace with God, Thoreau famously replied “I did not know we had ever quarrelled”.

This post was written by the OUP Philosophy team. OUP Philosophy publishes cutting-edge scholarship across the discipline in a range of online and print resources. Keep in touch by following us @OUPPhilosophy on Twitter.