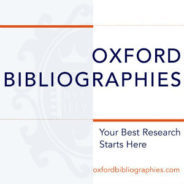 Little Women came into being because others had recognized gendered divisions in American literature. In 1867, Roberts Brothers editor Thomas Niles, noticing the success of boys’ books by Oliver Optic and Horatio Alger, encouraged Alcott to write something comparable for girls. Alcott warmed to her work only after casting it as a tribute to her sisters and mother, but she became more enthusiastic as she completed the volume: “It reads better than I expected. Not a bit sensational, but simple and true, for we really lived most of it; and if it succeeds that will be the reason of it.”

Earning rave reviews and strong box office receipts, and featuring a stellar cast, including Saoirse Ronan as Jo and Meryl Streep as Aunt March, Gerwig’s film innovatively emphasizes the second part of the novel, as the maturing March sisters sound their depths, expand their horizons, and discover their vocations. Gerwig highlights structural and thematic parallels in and across the first and second volumes, aligning Meg’s experience at Vanity Fair with Beth’s admission to the Palace Beautiful or, more poignantly, contrasting Beth’s adolescent and adult health challenges. Themes such as the economic realities for nineteenth-century women of a certain class or the ongoing rivalry between sisters (for genius, for success, for love) are given additional heft. A common refrain in Gerwig’s film is others’ praise for Jo’s talent as a teacher, which culminates in her realization that she would like to open a school. (In the 1994 film, Marmee dictates that Jo should open a school.)

Alcott’s unconventional ending and Jo’s marital status remain challenging. Viewers may need to re-watch the new film’s final scenes to decide what actually occurs—see Adam Chitwood’s consideration of Gerwig’s “radical change” or Marissa Martinelli and Heather Schwedel’s debate about her “Inception-Style Ending.” Gerwig wanted to give Alcott “an ending she might have liked” by emphasizing “how we . . . tell and retell the story of how we became who we are,” as she said when interviewed on The Director’s Cut podcast. While her film’s conclusion celebrates Little Women’s author, it fails to register the nuances of Jo March’s actual character trajectory.

Gerwig owes an apology to Niles, the editor who nudged Little Women into being and encouraged Alcott to accept its copyright in lieu of a lump sum payment. Mr. Dashwood in Gerwig’s film may be a comic foil, but as Alcott herself reflected, Niles’ sincere advice made all the difference: “An honest publisher and a lucky author, for the copyright made her fortune, and the ‘dull book’ was the first golden egg of the ugly duckling”.

Anne Phillips is Professor of English at Kansas State University and President of the Louisa May Alcott Society. With Gregory Eiselein, she co-edited The Louisa May Alcott Encyclopedia, the Norton Critical Edition of Little Women, and other volumes devoted to Alcott's life and works. Phillips recently published an Oxford Bibliographies entry on Louisa May Alcott.

How well do you know your fictional fathers?