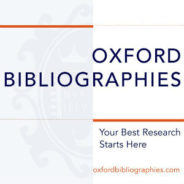 What really makes me mad when I read critical (and even some favorable) reactions to my work is the recurring characterization of me as a postmodern cultural critic – the one thing I don’t want to be. I consider myself a philosopher dealing with fundamental ontological questions, and, furthermore, a philosopher in the traditional vein of German Idealism.

Everyone who has seen Hitchcock’s Vertigo remembers the mysterious scene in the sequoia park where Madeleine walks over to a redwood cross-section of an over-thousand-year-old trunk showing its growth history by date, points to two circular lines close to the outer edge and says: “Here I was born . . . and here I died.” In a similar way, we can imagine a philosophy muse in front of a timeline of European history, pointing to two date markers close to each other and saying: “Here I was born . . . and here I died.” The first marker designates 1781, the publication date of Immanuel Kant’s Critique of Pure Reason, and the second one 1831, the year of Georg Wilhelm Friedrich Hegel’s death.

For me, in some sense, all of philosophy happened in these fifty years: the vast development prior to it was just a preparation for the rise of the notion of the transcendental, and in the post-Hegelian development, philosophy returns in the guise of the common Judy, i.e., the vulgar nineteenth-century empiricism. For me, all four great German idealists — Kant, Fichte, Schelling, and Hegel — articulated a distance towards idealist subjectivity and gained a non-metaphysical insight into the essence of history and the alienation of our existence. They struggled with how to break out of the horizon of absolute subjectivity without regressing to pre-transcendental realism.

But which Hegel am I referring to here? Where am I speaking from? To simplify it to the utmost, the triad that defines my philosophical stance is that of Baruch Spinoza, Kant and Hegel. Spinoza is arguably the pinnacle of realist ontology: there is substantial reality out there, and we can get to know it through our reason, dispelling the veil of illusions. Kant’s transcendental turn introduces a radical gap here: we cannot ever gain access to the way things are in themselves, our reason is constricted to the domain of phenomena, and if we try to reach beyond phenomena to the totality of being, our mind gets caught in necessary antinomies and inconsistencies. What Hegel does here is to posit that there is no reality in-itself beyond phenomena, which does not mean that all that there is is the interplay of phenomena. The phenomenal world is marked by the bar of impossibility, but beyond this bar there is nothing, no other world, no positive reality, so we are not returning to pre-Kantian realism; it is just that what for Kant is the limitation of our knowledge, the impossibility to reach the thing-in-itself, is inscribed into this thing itself.

Furthermore, Hegel is NOT a critical thinker: his basic stance is that of reconciliation – not reconciliation as a long-term goal but reconciliation as a fact which confronts us with the unexpected bitter truth of the actualized Ideal. If there is a Hegelian motto, it is something like: find a truth in how things turn wrong! The message of Hegel is not “the spirit of trust” (the title of Robert Brandom’s latest book on Hegel’s Phenomenology) but rather the spirit of distrust – his premise is that every large human project turns wrong and only in this way attests to its truth. The French Revolution wanted universal freedom and climaxed in terror, Communism wanted global emancipation and gave birth to Stalinist terror… Hegel’s lesson is thus a new version of Big Brother’s famous slogan from George Orwell’s 1984 ”freedom is slavery”: when we try to enforce freedom directly, the result is slavery. So whatever Hegel is, he is decidedly not a thinker of a perfect ideal that we approach infinitely.

Heinrich Heine (who was Hegel’s student in the philosopher’s last years) propagated the story that he once told Hegel he cannot endorse Hegel’s formula “all that is actual is rational,” and that Hegel looked carefully around and told his student not too loudly: “Perhaps, I should say: all that is actual should be rational.” Even if factually true, this anecdote is philosophically a lie – if not an outright invention of Heine, it represents Hegel’s attempt to cover up from his student the painful message or truth of his thinking.

Such a Hegel is the central point of reference of my entire work.

Image courtesy of Kasman via Pixabay

Slavoj Žižek (1949- ) was born in Ljubljana, Slovenia, and is considered one of the most prominent philosophers in the world today. He holds various academic and research positions at different universities in Slovenia, the United States and United Kingdom. He has published over fifty books on a wide range of topics in which he has developed a challenging dialectical materialist philosophy that addresses fundamental ontological questions and articulates the basis for collective revolutionary change. In 2012, Foreign Policy listed Žižek as one of its top influential 100 global thinkers, and in 2018 he was awarded the Gold Medal of the Círculo de Bellas Artes (Madrid, Spain). Slavoj Žižek is the subject of an upcoming Oxford Bibliographies in Literary and Critical Theory article by Dr. Jamil Khader.

There are two different types of Jane Austen fans