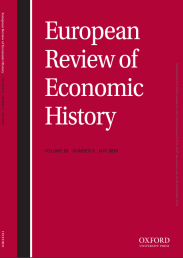 On 28 August, British Prime Minister Boris Johnson officially notified Parliament and the public of his decision to prorogue (i.e., suspend or end) the session by mid-September. Proroguing is the term for ending a legislative session of parliament. All sessions are technically prorogued and most in recent memory have happened without much ado.

What makes Johnson’s decision to suspend Parliament extraordinary today is that it was an attempt to curtail Parliament’s influence on how Britain will leave the European Union. According to Johnson, the suspension would allow him to bring forth his own legislation to ensure Britain leaves the Union by 31 October. It appeared that, upon suspension, the current Brexit legislation in Parliament would automatically fail and Johnson would have his way unless Parliament otherwise acted before it was closed.

But on 4 September the Commons did just that. Members of Parliament coordinated to pass legislation to prevent Johnson’s attempts to circumvent its authority.  It introduced and quickly passed a bill explicitly preventing a no-deal Brexit and requiring parliamentary approval for any Brexit plan. The bill, proposed by Labour MP Hilary Benn, was approved by the Lords and received the royal assent before Parliament was suspended on 10 September. While the legislative efforts happened quickly, the coordination required several Tory Members of Parliament to vote against the prime minister to allow the legislation to proceed. Once the necessary votes were garnered, the bill passed all stages of the house in one day.

The 2019 parliamentary prorogation has given us a crash course in parliamentary procedure and norms of the British government to understand its working. It has us reaching for the answers from the past: when has this happened? What were the strategies or concerns of the government? The political use of suspensions by the executive (the monarch or the prime minister) has a long history in England and Britain. MPs sought to prevent suspensions under Charles I, who ruled from 1625 to 1649, and is known for his attempts at ruling without a parliament. (He famously lost his head at the Banqueting House. One of his last sights, ironically, was a grand portrait of his father as a symbol of the divine right of the monarchs to rule). Political suspensions occurred during the Victorian era and in recent memory (1948 and 1997).

Johnson’s political motive for Parliamentary suspension shares a number of similarities to those of Charles II (son of the decapitated Charles I). Charles II frequently suspended Parliament to interfere with or influence bills on major fiscal and constitutional issues of the day. The suspensions are also similar because they both aimed to end a legislative session prematurely (before Parliament expects it). In the 17th century, this would in turn have unintended legislative costs by causing bills unrelated to the constitutional issues to fail. We do not yet know what bills will fail because of Johnson’s suspension.

There is a key difference in how Johnson implemented the suspension compared to Charles II. Charles II’s political suspensions were often unannounced and happened by surprise. A constitutional crisis of the period, in which parliament sought to alter the succession of the monarchy (known as the Exclusion Crisis), led to the Black Rod’s “ominous tap at the door.” The Usher of the Black Rod was, as it is today, an official of the House of Lords who is sent from the Lords to the Commons to summon the House to hear the monarch’s speech at the closing of a session. It is tradition dating to the mid-17th century for the Black Rod to knock on the Commons’ door and for the door to be “slammed in Black Rod’s face to symbolise the Commons independence.” During the late-17th century, the Black Rod’s knock was not only part of the ceremony of closing a session, but a manifestation of the political conflict of the period. The knock interrupted the proceedings and immediately ended the session. On 10 September, emblematic of the political conflict of the day, MPs shouted “no” when asked to attend the Lords for the ceremony in protest to the current suspension.

In the 17th century, the monarch’s attempts at circumventing or interfering in Parliament raised constitutional concerns about its rights. The Glorious Revolution of 1688, which made William and Mary new monarchs, better protected these rights. Parliament met regularly and without interference via prorogation from the monarch. It also established Parliament’s position as the locus of decision-making in the government and as a primarily legislative body. Its authority in policy-making was enshrined in Acts of Parliament.

Johnson, as indicated in his letter relaying his intention to prorogue the current session, will introduce his own legislative programme seeking parliamentary authority on how to leave the Union when Parliament meets again on 14 October. Echoing Brexit negotiations the past several years, how Johnson balances his own agenda with a divided set of interests in parliament, who must approve his measure, is the set to be the next round of legislative politics. In addition to negotiating specific measures in the legislation, snap elections, and, we’d now be remiss to not take into account, prorogation may play a role in the negotiations come 14 October.

Kara Dimitruk is a postdoctoral fellow in the department of economics at Stellenbosch University and is affiliated with the Laboratory for the Economics of Africa’s Past (LEAP). Her research interests include economic history, political economy, and development.