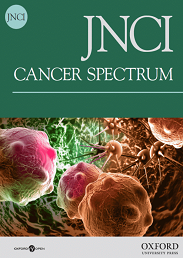 The good news is that many people now survive their cancer. They are either cured or live with cancer as a chronic illness. However, life after cancer can vary between cancer survivors. Some are almost symptom free and return to a normal life after completion of treatment, while others could experience persistent side effects of cancer and treatment long after treatment has ended.

With the number of people living with cancer growing, there is increasing interest in how these people perceive themselves and their illness.  With the advent of cancer advocacy, traditional terms such as cancer patient or cancer victim, are being replaced by the more empowering cancer survivor. Although some might consider the differences in these terms as semantics, many argue the label cancer patient is dehumanizing, emphasizing the disease over the people themselves.

So why is understanding illness identity important? For example, people who consider themselves as patients might feel less empowered to contribute actively to their treatment decisions, deferring instead to the treating medical specialist. On the other hand, people who are still grappling with cancer and its after effects might feel alienated being described as a survivor, perceiving that their struggles or feelings of suffering are not validated.  Previous research report that people who perceive themselves as patients were more likely to be depressed and have poorer quality of life. In contrast, people who identify themselves as cancer survivors report better health outcomes.

In Germany, it is still not common for people living with cancer to describe themselves as a cancer survivor. About a third of people there who had been previously diagnosed with breast, colorectal or prostate cancer still considered themselves cancer patients 5 to 15 years after the diagnosis. This perception is associated with many factors, such as type of cancer treatment received, whether the disease has recurred or progressed, whether a new cancer is diagnosed, and psychological problems. People who still consider themselves patients were also more likely to make cancer-related visits to a health care specialist or facility.

Besides illness identity, we also need to consider illness perceptions. People with similar clinical characteristics could have vastly different interpretations of the seriousness of their illness. How people perceive and respond to their cancer and treatment could be important in how they cope with and adapt to life after cancer. These perceptions can be shaped by previous experience, current observations, or shared information on illness and symptoms. People with negative or pessimistic illness perceptions were more likely to report poorer self-management of illness side effects, less likely to stick to treatment recommendations, report higher levels of problems like depression and anxiety, and make more visits to health specialists for general or cancer-related matters. Furthermore, negative perceptions have been associated with poorer quality of life and a higher risk of mortality. However, these negative perceptions can be fixed. Therefore, health care providers should consider exploring and identifying perceptions that could be unhelpful to adapting to living with cancer. Addressing how people see their cancer in a more positive light may reduce further medical problems and improve well-being.

Dr. Melissa S. Y. Thong and Dr. Volker Arndt are a part of the Unit of Cancer Survivorship at the Division of Clinical Epidemiology and Aging Research within the German Cancer Research Center (DKFZ) in Heidelberg, Germany.