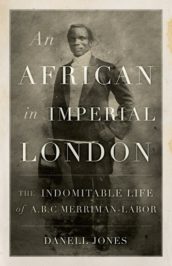 An African in Imperial London

In 1904, twenty-six-year-old A.B.C. Merriman-Labor stamped the red dust of Freetown’s streets from his shoes and headed for London. There he intended to prove his literary skill to the world. The Sierra Leone Weekly News had assured him that his color would no obstacle there, and he could “go anywhere, wherever his merits, either intellectual or social, will take him.”

Freetown’s robust literary community, its clubs, library, and lectures had nurtured him and encouraged his literary dreams. Already he had published a novella, produced a play, and given lectures that were published in the U.K. then distributed worldwide. But it was his 1898 essay on the Hut Tax War that had made his name.

He knew the ideas in the essay would be dismissed if he spoke as the Krio A.B.C. Merriman-Labor, a junior clerk in the Colonial Secretary’s office, so he signed it “an Africanised Englishman Twenty Years in British West Africa.” In the piece, he slyly promised a dashing war story that would make “pleasurable reading … for every loyal English subject…of the British Empire,” then daringly described an out-of-touch colonial administration that understood very little of what was happening in the vast land it governed. The true hero of the war in his telling was the Temne chief Bai Bureh, a plucky leader of wit, cunning and honor, who outwitted the British forces at every turn. The exposé quickly became a sensation in West Africa.

For the next six year, Merriman-Labor saved every penny as he worked his way up the civil service ladder. Then, in 1904 he left his respectable government job and headed to the center of the empire.

London, it turned out, was not as perfect as he had been led to believe. Its streets were not paved with gold, but rather, he joked, “plastered over with mud and something…left behind by the hundreds of thousands of horses.” This gap between the idealized Sierra Leonean vision of the metropolis and its stark realities inspired Merriman-Labor’s London writing. First came the articles for the Sierra Leone Weekly News, then the 10,000-mile lecture tour around Africa called “Five Years with the White Man,” and finally his only surviving full-length book Britons Through Negro Spectacles.

Merriman-Labor was determined to speak important truths but knew as a black man he could not speak those truths directly. In Britons, he disguised himself as comedian to make his words more palatable to his white readers. “Considering my racial connection,” he wrote, “I am of the opinion that the world will be better prepared to hear me if I come in the guise of a jester.”

On the surface, the silly jokes offer the stuff of fun, providing, as the Dundee Courier concluded, an “hour or two of quiet amusement.” But its purpose is much more daring than its comical pose. By acting as an ethnographic observer, Merriman-Labor asserts the right of being the observer, not the observed. In Britons, the white Europeans are the exotic others who need to be explained.

No wonder it provoked strong negative reactions. As a criticism of English institutions, The Law Journal declared, “it is valueless.” The Daily Expresscharacterized its comic portrait of British life as “low jests” from a “crude pen.” Its audacity was palpable in Africa. F. Z. S. Peregrino, founder of Cape Town’s first black newspaper, saw its irreverent jibes as so inflammatory, he prevented Britons from being circulated.

In the end, Merriman-Labor was made to pay for his audacity. Britons Through Negro Spectacles was a commercial failure. Its costs sunk him so deep into debt, he was forced into bankruptcy.

Ultimately, life in London led him to cast off his British identity as yet another disguise. Disgusted with the country that had claimed him, educated him, and then disowned him, he discarded his British name and became Ohlohr Maigi. It was an identity he only possessed for a few years until overwork in World War I munitions factory led to an early death at age forty-two.

Merriman-Labor’s work floated into obscurity, but not oblivion. His clever, irreverent, joyful voice rings through Britons Through Negro Spectacles, reminding us that for those willing to listen, voices from the margins have important things to teach us.

Danell Jones is a writer and scholar whose works have appeared in a wide variety of publications, from British academic journals to small presses. She has a PhD in literature from Columbia University and is the author of The Virginia Woolf Writers' Workshop and Desert Elegy. 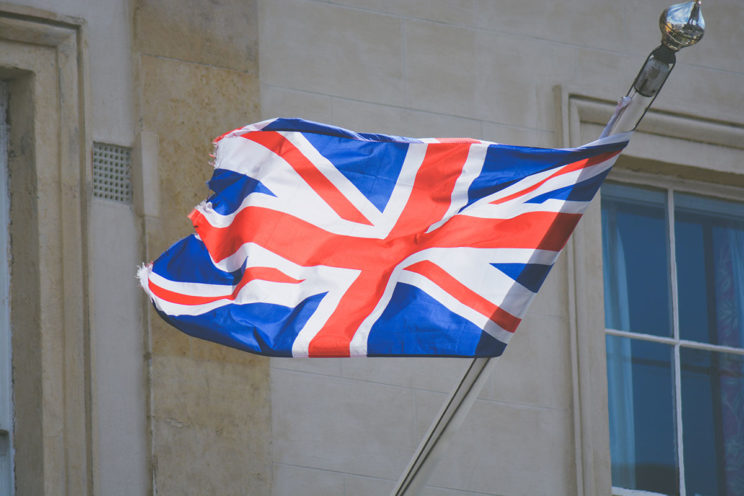