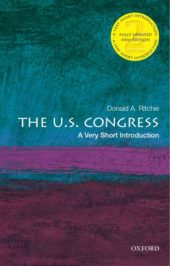 The best barometer of political anger is how often the word “impeachment” appears in news stories, editorials, and Congressional rhetoric. These days, the references have grown exponentially, despite the House Speaker’s efforts to keep her members focused on legislation.

The constitutional definition of “high crimes and misdemeanors” is vague enough to have encouraged members of Congress to raise it repeatedly against judges, cabinet officers, and presidents of the United States. At times, just the threat of impeachment has been enough to encourage recalcitrant agency heads to release documents being held back from Congress or resign from office.

The Constitution’s requirement of nothing more than a majority vote for the House to impeach has made it an enticing illusion for angry members, who may forget that impeachment is an indictment, not a conviction. Senators must then sit as a trial to weigh the evidence and cast a two-thirds vote to remove anyone from office. Do the political math: a partisan vote in the House will not produce a bipartisan vote in the Senate.

Consequently, history records few instances of impeachments that successfully removed federal officials. Early in the nineteenth century, Jeffersonians had ample cause to be angry with the Federalists for packing the federal courts with judges likely to oppose them. But the Senate’s failure to convict Supreme Court Justice Samuel Chase in 1804 set a precedent against impeaching judges for their political views.

Radical Republicans were justifiably furious with President Andrew Johnson for undermining their policies for postwar Reconstruction and protection of the freedmen. They also had good reason to believe they could succeed, since they held a two-thirds majority in the Senate. But fear of weakening the presidency led seven Republican senators to defect and Johnson won acquittal by a single vote. By contrast, by the time the House began formally considering the impeachment of Richard Nixon in 1974, a bipartisan consensus had been reached that the president had obstructed justice. The Senate began planning a trial—going so far as to install television cameras in the chamber, a dozen years before C-SPAN—but when Nixon determined that he lacked the votes to survive, he chose to resign.

During the 1980s, large bipartisan majorities in the House impeached three federal judges on charges of perjury, corruption, and tax fraud. The Senate removed all three by lopsided majorities. But when the 1998 impeachment vote against President Bill Clinton closely followed party lines in the House, there was not the slightest chance the Senate would remove him. Senators dutifully went through a trial, and their votes fell predictably short of conviction.

What is clear from the record is that politically-motivated impeachments fail. Only in cases where malfeasance has become overwhelmingly obvious to members of both parties in the House will there be any chance of conviction in the Senate, raising the question: is a losing effort worth the trouble?

Had political impeachments succeeded, our government might be considerably different. Federal judges might face recall once the party that nominated them lost power. Presidents might have come to resemble prime ministers, subject to removal by a vote of no confidence, depending on their party’s fate in mid-term elections. Instead, a more judicial system of impeachment has evolved that enables the removal of federal officials for widely agreed upon criminal offenses rather than political disfavor.

Featured image credit: “The Senate’s side of the Capitol Building in Washington, DC” by Scrumshus. Public Domain via Wikimedia Commons.

Donald A. Ritchie is historian emeritus of the U.S. Senate. He is the author of The U.S. Congress: A Very Short Introduction.