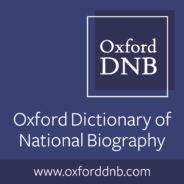 The Oxford Dictionary of National Biography is a collection of over 60,000 life stories of noteworthy Britons, from the Romans to the 21st century. The ODNB is freely available via public libraries across the UK, and many libraries worldwide. If you don't have access, you can recommend the ODNB to your librarian.

Few lives have been as heavily documented as Queen Victoria’s, who kept a careful record of her own life in journals from a young age. In her day, she was also one of the most heavily depicted people in existence across a variety of mediums including paintings, sculptures, sketches, and the newly emerging photographs. It is no wonder, then, that Victoria frequently adorns our screens even 200 years after her birth, such as through the recent popular TV series Victoria (2016–present), or the film Victoria & Abdul (2017).

In celebration of Victoria’s 200th birthday today, discover six facts you may not have known about one of the longest-reigning British monarchs.

Queen Victoria influenced the monarchy and also wider society, and her legacy extends far beyond her lifetime. Throughout Britain – and to a lesser extent across the former British Empire – few towns are without a statue of Victoria, or a park, building, or street named after her. Between this and the tradition of wearing a white wedding dress that she established, Victoria’s legacy looks set to last another 200 years at least.

Katy Roberts is a Portfolio Marketing Executive in the Journals team at at Oxford University Press.