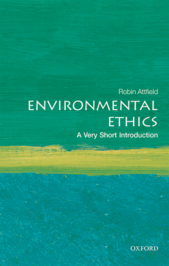 During the last few days of February we experienced the warmest Winter day since records began, with a high of 20.6 degrees (Celsius) at Trawscoed in mid-Wales. As if that was not enough, the record was broken again the next day with 21.2 degrees at Kew Gardens. This unseasonable weather is one of many signs of climate change and global warming. Another has been the flowering of snowdrops this Winter which began in late December. So did the opening of daffodils, which in William Wordsworth’s day did not flower until April.

Recently, tens of thousands of school students stayed away from classrooms to demonstrate for action on climate change. They are recognising that there is a climate emergency, and that governments and corporations need to take emergency action.

Last October, an Intergovernmental Panel on Climate Change report explained why average temperature increases must be restricted to 1.5 degrees, one of the agreed goals of the Paris agreement of 2015.

Limiting average increases to 2 degrees, they explain, will be nowhere near enough to prevent the flooding of low-lying islands and coastal cities, and the loss of almost all coral reefs. Disappointingly, however, the national commitments made at Paris would spell a catastrophic increase of towards 3 degrees. Governments need to rachet up these commitments at coming review conferences, as a matter of urgency.

Antonio Guterres, the UN Secretary-General, is soon to hold the first of these review conferences. The UK government, which is hoping to host this conference, needs to commit now to more drastic cuts to set an example to the rest of the world.

Ethicists debate the grounds for taking such emergencies seriously. By now it is widely agreed that the people of the present matter, however distant, and wherever they live. But many of them are losing their livelihoods because of climate change, and they are usually people who have hardly at all contributed to it. And that is hardly fair.

Most people also agree that coming generations matter, and should be taken into account. Some suggest that the more distant in time future people are, the less they matter. Yet suffering in fifty or a hundred years is likely to be just as bad as suffering now. Many people already recognise this. As Hilary Graham and her fellow-researchers have shown, if you ask about future interests in an impersonal manner, you get answers that downplay these interests, but if you ask about what we should do to make life bearable for our grandchildren, you get much more affirmative answers, expressing deep concern about their well-being.

But this too means that we need to take action in the present to prevent rising sea-levels and freak weather events of greater intensity and frequency than the world has yet known both in the present and later in this century.

There is also a debate about whether other species matter. Everyone agrees that we need the ecosystems on which human beings depend to remain intact, and most hold that we need to preserve these and other ecosystems for the sake of their natural beauty. Many go on to hold that the needs of nonhuman species count ethically alongside our own, whether or not they count as much as our own.

When we get concerned about the bleaching of coral reefs and the disappearance of their polychrome communities, our concern expresses a blend of reasons of these kinds. But increasingly people (particularly young people) are worried about the wellbeing of animals and their habitats.

But far from the biodiversity emergency being in competition for our attention with the climate crisis, they should be seen as a single emergency. This is because one of the main causes of threats to wildlife is nothing but climate change.

So we need urgent plans and policies to replace carbon-based energy generation with renewable energy. We need to eat less meat, thus increasing our life-expectancies and reducing emissions of methane. We need to replace vehicles with diesel and internal combustion engines with electric cars, lorries and (if possible) ships. And we need to cut down on our airline travel. Individuals, companies and governments all have a part to play.

While sunny days in February are welcome, an overheated, tempestuous and increasingly flooded future world is not. We need to support Antonio Guterres’ worldwide campaign to prevent it.

Robin Attfield was appointed Lecturer in Philosophy at (what is now) Cardiff University in 1968, and became a Professor in 1991. He has participated in the Environmental Ethics Working Party of UNESCO, and has served on the Council of the Royal Institute of Philosophy and on the Committee of the Aristotelian Society. Robin is the author of sixteen books, including The Ethics of Environmental Concern (1983 and 1991), Ethics: An Overview (2012), The Ethics of the Global Environment (1999 and 2015), and Wonder, Value and God (2017), and has contributed to several journals.