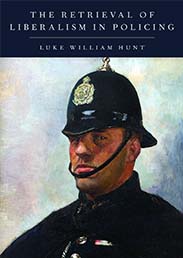 The Retrieval of Liberalism in Policing

The recent “First Step Act” is the most significant federal criminal justice reform in decades.  Still, it is a modest first step.  The law eases the sentences of some inmates in federal prison, but it will not impact the problem of mass incarceration significantly because it does not address the many inmates incarcerated in state and local facilities.  Nor does the law address problems within policing.

In fact, the United States is moving away from policing reform.  Despite the growing tension between many police departments and their communities, the Department of Justice has reduced oversight of cities that have demonstrated policing abuses and civil rights violations.  This recent trend is occurring at a time when it is difficult to open a newspaper without seeing a tragic headline about police violence.

Prominent cases have involved officers shooting persons in the back who were fleeing and not an imminent threat, and these cases are often along racial lines (see, for example the cases of Walter Scott and Laquan McDonald).   The headlines are not only about shootings, but also about police officers who used unnecessary force—such as unauthorized chokeholds—that resulted in death (such as with Eric Garner).

Practical problems of policing raise a variety of philosophical problems, including the problem noted by rapper Ice Cube in a well-known N.W.A. song: “F*** the police coming straight from the underground, a young n**** got it bad cause I’m brown, and not the other color so police think, they have the authority to kill a minority.”  In so many words, Ice Cube raised a question about the police’s authority: On what basis do the police have the right to use deadly force, engage in deception, and exercise discretion generally?

One way to answer the question is to say that police have authority by virtue of the state’s legitimacy—the moral right to command and be obeyed.  Community-oriented policing is often described as a way to achieve legitimacy because the strategy seeks to build community trust and promote procedural justice.  But as illustrated by the trends noted above, some are seeking policies that are “tough on crime” at the expense of procedural justice and community-oriented policing.  It is for this reason that we see a return to policies that emphasize security (“law and order”). Prominent examples include increased police militarization, re-escalation of the “war on drugs,” and zero tolerance immigration policies that nullify prosecutorial discretion.

Balancing security, legitimacy, and related rule of law principles is nothing new in liberal societies.  It is illustrative to consider how the idea of public reason—the idea that government principles should be justifiable to all those to whom the principles are meant to apply—might help balance our policing goals and justify community-oriented policing.  Public reason serves as a sort of moral foundation that justifies the strategy because community-oriented policing promotes legitimacy by bolstering autonomy, justice, and respect regarding the differences within a community.

Draconian policies may reduce crime in the short term, but they promote a police “warrior” role and an “us versus them” mindset in the long run. Conversely, public reason is a doctrine about civic partnership and reciprocity: The enforcement of law is legitimate when it is based upon political arrangements that reasonable citizens could endorse. This includes arrangements that bolster public values—such as fairness, equality, and the rule of law—drawn from common sense principles of social cooperation. It follows that political power and coercive force based upon arbitrary authority is illegitimate.

Legitimacy often begins with consent.  If one agrees to some form of political authority, then we usually deem that authority to be legitimate.  But we know that receiving explicit consent from everyone governed in the community is a practical impossibility.  Public reason might thus be viewed as a middle ground for justifying our moral and political principles to everyone to whom the principles are meant to apply.  And that is one way to achieve some form of legitimacy with respect to those principles—especially in the realm of policing.

A first step toward addressing this problem through public reason is to acknowledge that policing is more than law enforcement. In addition to law enforcement officers, the police are emergency operators (responding to accidents on the highway) and social operators (responding to domestic disputes or other non-law-enforcement community problems).  More broadly, the police are responsible for maintaining peace in a way that is consistent with the limits of the state’s legitimate power—a responsibility that requires building community trust about that power.  This is the basic idea behind procedural justice and community-oriented policing.

A focus upon ethics in law enforcement training is central to community-oriented policing.  This includes instruction that emphasizes each community member’s dignity, including those who have broken the law. It likewise addresses how ethnicity, gender, age, and socioeconomic factors might impact an officer’s interaction with the community, as well as how officers should deal with mental health-related issues.  As the next steps in criminal justice reform are considered, one might hope that they promote the basic tenets of public reason through renewed emphasis on federal oversight of troubled departments in need of procedural justice and community-oriented policing strategies.  Law enforcement is a big part of policing, but it’s not the only part.

Luke William Hunt is Assistant Professor of Criminal Justice at Radford University. His primary research interests are at the intersection of political philosophy, jurisprudence, and criminal justice, and are informed by his professional background.