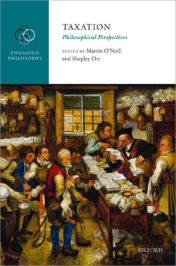 Politics matters for tax as tax matters for politics. The high-minded Scottish economist Adam Smith had four maxims of taxation:

In contrast, Jean-Baptiste Colbert reportedly said “the art of taxation consists in so plucking the goose as to obtain the largest possible amount of feathers with the smallest possible amount of hissing.” Many present taxes fall foul of many of these maxims, but one way of organising taxation which meets most is Land Value Tax.

The UK, especially London, has long experienced the kind of property boom that makes prices unaffordable. A recent Confederation of British Industry survey reported that this unaffordability is of great concern to employers. But these booms also mean that the owners of that land are accruing unearned gains which are not being efficiently or equitably taxed. The cost of building or repairing a house is almost the same whether it is in Knightsbridge or Knowsley – it is the land that makes the difference. The value of land comes from the uses to which it is put. The granting of planning permission, for example, increases the value of land, as does the addition of utilities.

The spiralling cost of land in and around London calls to mind the long history of those who have talked up the need to tax land and the inequity of unearned income not being taxed. Smith stated that “both ground-rents and the ordinary rent of land are a species of revenue in which the owner, in many cases, enjoys without any care or attention of his own.” In 1909, A young Winston Churchill highlighted the problem that “to not one of those improvements does the land monopolist as a land monopolist contribute, and yet by every one of them the value of his land is sensibly enhanced [leading to] the unearned increment of its owner.” Economist David Ricardo also emphasised the need to tax land so that owners did not gain unearned income.

The UK has been broadly successful at making taxes progressive, but not totally. In the UK early poverty relief, the Poor Laws, were traditionally paid for locally. But the areas with the most need do not raise much money.

There are three main reasons why Land Value Tax is so appealing:

Land Value Tax may be the best way to fund local government because land cannot be moved to another area to avoid the tax. And granting local government greater fiscal responsibility may be a good thing. Since the Scottish parliament has been given responsibility for raising money, not only spending it, the politics of tax in Scotland has become more mature and more measured.

One of the most visible, and unpopular, taxes in the UK is Council Tax, an attempt to pay for some local authority services by taxing the value of a property. Council Tax was introduced in the early 1990s with each property assigned one of eight bands according to what the property is assessed to have been worth in 1991. Council Tax fails Smith’s first maxim, but also Colbert’s: Council Tax is regressive, it generates relatively little revenue but there is plenty of noise from those who pay it.

A progressive tax is one where the marginal rates is always higher than the average rate. Council Tax fails to meet this measure. But it is not based on earnings or wealth – it is set according to what the owner’s property was worth in 1991. It could be made more progressive by having it start with a zero rate up to a certain point, taxing the owner rather than the occupier, taking account of the ability to pay and being based on modern values, not those of three decades ago.

One of the most frequent objections to Land Value Tax is the little old lady. This lady, often a widow, lives in an expensive house but has a meagre income and is thus asset rich but cash poor. Should a Land Value Tax make her homeless? Tom Paine called for such a tax to be collected when the asset passes from one person to another (at death or sale). This ensures that no one need fear losing their home while alive.

There are several measures that mean that any Land Value Tax could be designed in such a way as to make it more progressive and, perhaps, acceptable politically:

Given the parlous state of the finances of many local councils, calls for reform should be no surprise. But what reform? Continuing on the current path will lead to public outcry over the state of public services. Councils are funded by some property taxes. One, business rates, is being changed to allow areas to keep more of it. But the problem with this is that it reduces equalisation between areas. So, there are no easy answers, only trade offs.

The first review of the Mirrlees report, the Institute for Fiscal Studies’ 2011 report on tax reform, accurately states that “those who lose from tax reforms tend to be vengeful, while those who gain from them tend to be ungrateful.” So all reform is hard, but maybe it can be worthwhile. Current taxes could be tweaked to correct current anomalies: removing the exceptions from farm land, empty buildings and land that has previously been developed but is not currently in use. This may incentivise the owners of those buildings or brownfield to make some use of them. These are useful but insufficient.

Land Value Tax captures unearned gains, something too few taxes do. Another tax which does is Inheritance Tax. But politicians must be brave and talk up the value of taxing unearned gains. This is all the more important with an aging population and the cost of social care helping to push councils towards financial ruin. Maybe now, finally, the time for the tax has come to help pay for social care and to take some small steps towards reducing unearned gains from inheritance.

Professor Iain McLean FBA FRSE is Professor of Politics at Oxford University and a Fellow of Nuffield College.
Martin Rogers is a Policy Adviser in the British Academy Public Policy team.