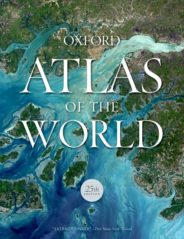 Extreme violence and discrimination has led to a humanitarian crisis in Myanmar’s Rakhine State. Throughout 2017 and 2018, Rohingya refugees have been crossing the border into Bangladesh in fear of their lives. United Nations officials have described the crisis as “a textbook example of ethnic cleansing.” In 2018, mid-October reports revealed that the number of Rohingya refugees has reached nearly one million. In addition to being forced from their homes, many refugees face further danger; young girls in Bangladesh refugee camps account for the largest group of trafficking victims, with many being sold into forced labor.

The fake news campaign stretches back half a decade, with as many as 700 officers meeting in foothills near the capital of Naypyidaw. They would gather intelligence on popular accounts and criticize any content that was unfavorable to the military.

Facebook’s head of cyber-security policy, Nathaniel Gleicher, said it had found “clear and deliberate attempts to covertly spread propaganda that were directly linked to the Myanmar military.” The Facebook posts have since been removed, with Mark Zuckerberg saying in response to the deaths that, “My emotion is feeling a deep sense of responsibility to try to fix the problem.”

The concept of fake news has created acute damage to the cultures of democracy and faith in institutions in places such as Hungary, Italy, Brazil, Mexico, and the 2018 Midterm elections in the US. The negative repercussions of fake news are tragically present in Myanmar today. On the below episode of the Oxford Comment, authors Jamie Susskind and Siva Vaidhyanathan explore the influence of digital media on the modern political sphere and the negative repercussions that come with it, such as in Myanmar. Find all of the Oxford Comment episodes also on Spotify.

On November 15, 720,000 Rohingya who escaped slaughter, rape, and village burning were scheduled to be repatriated to Myanmar from Bangladesh. Among others, the United Nations was vehemently opposed to this move, warning that forcing the first group of 2,200 Rohingya refugees to return to the mass violence that awaits the minority Muslim group is a “clear violation” of core international legal principles. A coalition of 42 humanitarian and civil society groups called this repatriation process “dangerous and premature.” The day the refugees were supposed to be transported back to Myanmar, Bangladesh’s Rohingya Relief and Repatriation Commissioner announced that no one will be forcibly repatriated. Many of the refugees are terrified at the prospect of returning, as they believe it would be a death sentence.

On the global stage, human rights advocates are condemning the actions of political leaders in Myanmar. In March, the US Holocaust Memorial Museum rescinded its top award from Suu Kyi. Other honors she has been stripped of include the freedom of the cities of Dublin and Oxford, England. In September, Canada’s parliament voted to strip Suu Kyi of her honorary citizenship. On November 12, Amnesty International stripped State Counsellor of Myanmar Aung San Suu Kyi of the Ambassador of Conscience Award. By failing to speak out against the violence against the Rohingya Muslim minority, the human rights group accused the leader of perpetuating human rights abuses. Amnesty’s Secretary General Kumi Naidoo wrote that, “We are profoundly dismayed that you no longer represent a symbol of hope, courage, and the undying defense of human rights.” The United Nations has been outspoken in their condemnation of the military leaders in Myanmar, recommending that they be put on trial for crimes that include genocide.