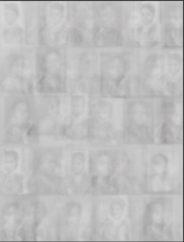 By now, much has been written about the Serena Williams-Naomi Osaka-Carlos Ramos fiasco at the 2018 US Open. During the women’s final, the umpire, Carlos Ramos, issued Williams a warning for suspected coaching from her player’s box. When Williams strongly denied she was being coached, which is strictly prohibited in tennis, Ramos levied another penalty against her, stripping her of a single point. However, during a critical juncture in the second set, Williams revisited the discussion and demanded an apology from Ramos for suggesting she cheated. Ramos ultimately took a game away from Williams making the score 3-5 and placing Williams at a deficit from which she could not recover. Taking a game away from a player in this manner has never happened in a Grand Slam final.

The debate has fallen along expected contours with white feminists (see Billie Jean King) and many male tennis players (see Andy Roddick and Novak Djokovic), coming to Williams’ defense while many others have lambasted Williams for “breaking the rules” (see the racist depiction of Serena in this cartoon; and Martina Navratilova’s op-ed in the NYT; etc.).

However, as a black woman and former NCAA Division 1 tennis player, I feel compelled to write about the debacle from a different point of view. What happened to Serena Williams, and by extension to Naomi Osaka, was not only about breaking a racquet and incurring a significant penalty that ultimately cost Williams the match (and possibly her standing at the pinnacle of tennis). Rather it was about Williams’s long history of disrespect in game she has remade and reinvigorated.

Williams’s treatment by dominant powers of her sport may also explain the way she was treated one year ago when she almost became another casualty of the United States’ black maternal mortality crisis (see ProPublica). According to the Centers for Disease Control and Prevention, black women are 3 to 4 times more likely to die of complications related to pregnancy and childbirth compared to their white counterparts. Even black women who are well educated are not immune. In 2016, an analysis of black maternal deaths in New York City found that black women with college degrees were more likely to suffer significant maternal complications than white women who did not graduate from high school.

Ultimately, Williams, whose very real vulnerability, pain, and excellence are breathtakingly beautiful to watch, is a metaphor for every black woman. She excels under duress; toils and fights and picks herself up by the bootstraps; and is an inspiration for activism on behalf of others. But in the end for all her stellar accomplishments, Carlos Ramos reminded her not to be such an uppity Negress.

That Williams felt she could call out the obvious and overwhelming sexism of the moment is telling not for what she said but for what she could not say. What happened to her and Naomi Osaka is as much about racism as it is about sexism. It is about the particularly virulent form of disgust reserved for black women.

While many pundits have deftly noted that a game penalty would never have been levied against a male player like Andy Roddick or Andre Agassi, they fail to acknowledge that what happened to Williams could not have happened to Maria Sharapova, the blond Russian who has always been cast as Williams’s nemesis despite not having the tennis chops to serve as her rightful foil. No, what happened to Williams occurred in the much larger context of misogynoir: or anti-black sexism.

For example, Williams is the most drug-tested athlete on either the men’s or women’s professional tour. She has repeatedly been subjected to taunts about her body (see Russian tennis federation official calling her and her sister the Williams brothers; and French tennis federation head saying Serena’s outfit disrespected the); accusations of match throwing and outright racial epithets (see Indian Wells saga).

All of Williams’s monumental accomplishments have always been subjected to extra scrutiny. She has endured the outrageous claims that she cheated her way to the top. Like most black people, she has had to be twice as good. On the September evening of the women’s final, she sharply admonished Ramos for attacking her character. Still the umpire’s suggestion that she cheated was not an isolated incident. Serena has lived like this since she was a teenager and she has excelled in spite of it.

But watching her profound frustration play out on a Saturday evening at Arthur Ashe Stadium, I could not help but think about her fighting for her life after delivering her daughter just last year. Williams’s emergency C-section, pulmonary embolism, hematoma and multiple post-partum surgeries have been documented elsewhere.

As Williams tells it, she knew she was having a pulmonary embolism and told the healthcare staff she needed a blood thinner immediately. She did not receive the diagnostic test or the medication she requested and was later told it was because the nurses thought she was just loopy from pain medication. But in spite of the fact that Williams is a larger than life icon, she is still just a black woman. Her protestations about the treatment she needed did not matter because just like other black women she is not a credible witness to her own life; she is definitely not allowed to be angry, and she is certainly not given any forbearance. On the tennis court she is not allowed to break an inanimate tennis racquet and in the hospital she is not allowed to “know” she was having a life threatening health emergency.

In addition to being a former collegiate tennis player and black woman, I am also a social scientist who studies the implications of race and gender discrimination on black women’s health. We know that the day-to-day slights black people endure are bad for our health and result in shorter life expectancy and poorer health outcomes (see my work; and the work of public health researchers David R. Williams; Amani Nuru-Jeter; Nancy Krieger; etc.)

And, we know that being middle class, or in Williams’s case an international superstar, does not protect black people from this fate. If being Serena Williams cannot protect you, then what chance do workaday black women have? In fact, we know that this type of stress is an enormous health burden causing physiological problems that may ultimately cost black women their lives.

What happened to Williams at the US Open was about much more than just that one evening. It was about a lifetime of cuts that pushed her to demand an apology for an arbitrary penalty that may cost her a place in the record books. Given everything Williams has done for tennis and sport in general, she deserves that apology. But more than anything she has earned a certain freedom that should come simply from being human. Ultimately, Williams, Naomi Osaka, and all of us deserve this levity. We are all still waiting to exhale.

Tina K. Sacks, PhD, is an assistant professor in the School of Social Welfare at the University of California, Berkeley. She studies racial and gender inequities in healthcare settings, social determinants of health, and poverty and inequality. Professor Sacks' work has been published in Race and Social Problems, Health Affairs, and MSNBC News. Professor Sacks also collaborates with her husband, Carlos Javier Ortiz, a photographer and filmmaker, on documentary film projects about issues affecting Black and Latino communities in the US and abroad. Their films have appeared in the Tribeca, AFI, and LA International Film Festivals, among others. Their work has also been published in The New Yorker and The Atlantic. She is the author of Invisible Visits: Black Middle-Class Women in the American Healthcare System available from Oxford University Press in January, 2019.

The cost of the American dream