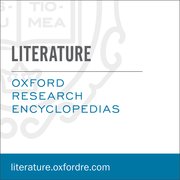 In the late 19th and early 20th-century America, a new image of womanhood emerged that began to shape public views and understandings of women’s role in society. With the suffrage and labor movements, the “new woman” emerged. These modern women were attending colleges, rejecting domesticity, asserting themselves politically in public, and becoming a part of the cultural landscape through literature. As the 20th century progressed, the voices of women pushed for more self-discovery and freedom from society’s traditional limitations.

The Oxford Research Encyclopedia of Literature delves into some of the most prominent literary figures in the 20th century that shaped the ideas of modern womanhood.

Edith Wharton (24 January 1862 – 11 August 1937): Edith Wharton’s novels explore the lives of upper-class women confined by the expectations imposed on them by a materialistic and acquisitive society. In her novels, Wharton challenges wealthy New York City society and discusses how it created a generation of sheltered women disconnected from the world beyond tea parties, balls, and dressmakers. Wharton condemns the society for making these women ornamental and useless, while simultaneously depicting them as sabotaging themselves through an acceptance of the definition of women as decorative objects.

Gertrude Stein (3 February 1874 – 27 July 1946): Gertrude Stein is cited as the leader of the female branch of the modernist movement. She shattered all literary expectations as she released language from its common meanings, expelled linear time from the narrative, and reinvented the reader’s relationship to the text.

Zora Neale Hurston (7 January 1891 – 28 January 1960): Generally acknowledged as Hurston‘s best novel, Their Eyes Were Watching God (1937) is the story of Janie Crawford, repressed by prevalent racism, sexism, and poverty. Janie grows into a woman with a greater understanding of the complexities of self-definition. Hurston’s story stands as a testament to the strength of a generation of African-American women striving for a place in the world.

Gwendolyn Brooks (7 June 1917 – 3 December 2000): Gwendolyn Brooks made history by being the first African-American woman to receive the Pulitzer Prize for poetry for her collection, Annie Allen (1949). In her work, she uses black idiom and slang as a vehicle to express frustrations with society’s oppression.

Flannery O’Conor (25 March 1925 – 3 August 1964): Southern writer Flannery O’Connor offered a radical revision to the very fabric of American life through her Southern Gothic literature. In her novels, her women characters are defined not by their perfection but by the very flaws that make them vulnerable to seduction, violence, or disappointment. Her female characters stand as a testament to the terrible beauty of faults and foibles, and O’Connor shines a blinding light on cultural expectations of perfection.

Sylvia Plath (27 October 1932 – 11 February 1963): Sylvia Plath‘s poems utilize simple language and repetition to craft poems about the most difficult of subjects: paternal relationships, motherhood, depression. Plath’s poems begin in the personal but, by incorporating the metaphysical symbolism of the natural world, they become universal statements about one’s place in the universe.

Toni Morrison (b. 18 February 1931): In December 1993, Toni Morrison reached the capstone of her career, attaining the highest literary accolade possible: the Nobel Prize in literature. This distinction was made even sweeter by the fact that Morrison was the first African-American recipient and only the eighth woman in the world honored in this way.

Joyce Carol Oates (b. 16 June 1938): Joyce Carol Oates’s ability to write in so many literary forms, the range and depth of her work have made her undeniably, and deservedly, one of the most distinguished and celebrated American authors.

Alice Walker (b. 9 February 1944): When Alice Walker was eight years old her brother blinded her in one eye with a BB gun. In Walker’s view, a lifetime of partial blindness provided a fitting metaphor to help her understand the burden of going through life with a part of your body violently excised by a society that does not take seriously the pain inflicted on the bodies of girls.

Sandra Cisneros (b. 20 December 1954): Sandra Cisneros‘s straightforward style, interchanging between Spanish, English, and Spanglish, and commitment to telling stories about ordinary people offer an essential portrait of Latina life and culture in the larger context of American culture. Sandra Cisneros’s two collections of short stories, The House on Mango Street (1984) and Woman Hollering Creek and Other Stories (1991) incorporated Mexican myths while presenting Latinas as continuously creating a vital, contemporary culture.

Explore more women who changed the American literary canon in the 20th century.

Stephen Mann is a Marketing Coordinator. This blog features information from the Oxford Research Encyclopedia of Literature.