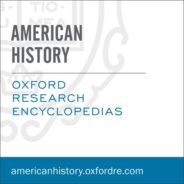 Substantive, peer-reviewed, and regularly updated, the Oxford Research Encyclopedia of American History combines the speed & flexibility of digital with the rigorous standards of academic publishing.

The Women’s Suffragist movement spans multiple generations. 72 years passed between the Seneca Falls convention in 1848 and the passage of the Nineteenth Amendment in 1920. During that time, women skillfully organized, mobilized, and built a powerful social movement to achieve their long-sought goal. Let’s look back at the events that led up to that historical achievement nearly one century ago on 18 August 1920.

Gaining the right to vote was a huge accomplishment, but it did not automatically guarantee women other political rights (running for office or serving on juries), nor did it rectify many other discriminatory practices embedded in the law. Moreover, restrictions and violence prevented African American women (and men) from voting for decades, especially in the South. While winning the right to vote did not guarantee all American women full equality, it did recognize their fundamental right of self-representation, permanently changed the composition of the polity, and provided the necessary foundation for subsequent achievements.

Stephen Mann is a Marketing Coordinator at Oxford University Press. Information from this blog post comes from the article "The Woman Suffrage Movement in the United States" by Rebecca J. Mead from the Oxford Research Encyclopedia of American History.

How well do you know the US Supreme Court? [quiz]

McCarthyism and the legacy of the federal loyalty program [video]