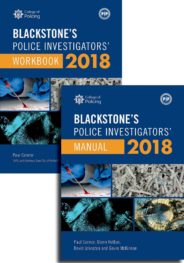 Judicial photography dates back to Belgium in the 1840’s when the earliest known photographs of criminals were taken within prisons by prison officials. In Switzerland, 1852, Carl Durheim was commissioned by Attorney General Jacob Amiet, and tasked with taking photographs of arrested vagrants in Bern. During this period, judicial photography was used by local authorities to document individuals who travelled, and were unknown to local police.

In the 1850’s, prison officials in Britain began experimenting with photography; records from 1852 reveal Governor James Gardener of Bristol Gaol was routinely taking photographs of prisoners, most commonly of recidivists (reoffenders). Elsewhere in France, Ernest Lacan advocated for the wider use of photography by the French police, believing that it would be useful to monitor recidivists, however his proposals failed to gain popularity.

Photography remained a medium of the bourgeois, and the idea of using it as a method of criminal identification was degrading, as evidenced by popular culture at the time. Below is an extract of a poem written by Cuthbert Bede which was published in Punch in 1853.

“Grave as the fact is, one might laugh
Almost to see the photograph
So ignominiously applied
To serve as the Policeman’s guide.”

A transformation occurred when several technological advances enabled photography to become more sophisticated: in 1871, the gelatine emulsion was invented by Richard Maddox, followed by the introduction of dye sensitization by Hermann Wilhelm Vogel in 1873. Following the Prevention of Crimes Act in 1871 – which highlighted the usefulness of photography – police forces began to adopt the medium. The Metropolitan Police of London established their photographic register, as well as the Habitual Criminals Register. Between 1870 and 1872, more than 43,000 photographs were collected from across England and Wales, and by 1880, photography was being used by police departments throughout Europe.

Photographs were taken by commercial photographers, in some cases, by untrained policemen, meaning the style of photography was not uniform and without set parameters. The storage of printed photographs was challenging, leading to the establishment of ‘Rogue’s Galleries.’ These galleries housed thousands of photographs which were grouped according to the crime which had been committed. A rogue’s gallery was established by Allan Pinkerton at the Pinkerton National Detective Agency in 1855. Still, success rates were low, and it became clear that organised collections of photographs were not enough, if the photographs themselves could not be used as a reliable form of identification.

Alphonse Bertillon realised that unregulated photography was undermining criminal identification, and he introduced a scientific method to taking photographs which he published in La Photographie Judiciaire in 1890. Bertillon invented the ‘mug shot’, which required convicts to pose for a portrait photograph and a profile photograph, both against a plain backdrop with controlled lighting.

While the ‘Bertillon system’ was used as a form of identification for a time, the measurements failed to serve as an accurate form of identification for child and adolescent offenders, and was later abandoned with the introduction of fingerprinting. However, the mug shot became the default format for criminal photography, and remains in use by law enforcement agencies globally.

Prior to Bertillon’s work, it was not standard practice for the scene of a crime to be documented, or photographed. Criminology was at an early stage, and forensics did not advance until the arrival of Edmond Locard. Nicknamed the ‘Sherlock Holmes of France,’ the underlying principle of Locard’s work was ‘every contact leaves a trace.’ Locard established the first forensic laboratory in France, believing that the key to solving crimes and capturing the culprit, was to preserve and examine evidence collected from the scene.

Working alongside Locard, Alphonse Bertillon established the first methodical system of photographing a crime scene, gaining recognition for his studies of homicides throughout France. Bertillon’s method was simple; he used a camera fitted with a wide angle lens which he secured on a tripod. The tripod was then placed directly over the body of the victim, photographing them in the place and position they had been found in, without disturbing the crime scene and contaminating forensic evidence. The practice was perfected by his assistant, Rodolphe A. Reiss, credited by some as the pioneer of photomacrography. Reiss specialised in taking close-up photographs of the victim’s clothing, wounds, identifying marks and fingerprints.

Crime photography evolved dramatically in the 20th century when crime was increasingly reported by tabloid newspapers. In 1912, the camera company Graflex (later Kodak) produced the speed camera, a model which was popularised by freelance photographer Arthur “Weegee” Fellig, who gained a celebrity status for photographing New York, as well as notorious crime scenes during the 1930s and 40s. “Weegee” was renowned for arriving at crime scenes before the Police, and selling his graphic photographs to numerous papers, including the Herald Tribune, the New York Post, and the American Sun.

In 1951, the invention of video recording initiated a new era of surveillance and criminal identification. Crimewatch was first broadcast by the BBC in 1984, the year which George Orwell based his dystopian novel of the same name. Regarded as an eerily prophetic novel, the society of ‘Airstrip One,’ offers a bleak depiction of omnipresent government surveillance which is used as a weapon to oppress citizens.

Recently, facial recognition technology has led to new methods of criminal identification; surveillance sunglasses are currently being tested by police forces in China, and the case for using the controversial technology was strengthened when it enabled authorities in India to locate thousands of missing children. We are entering a new era of surveillance, and whether or not this new technology will be used responsibly, or abused by those in power, remains to be seen.

Elena Jones is a Marketing Executive in the Law Team at Oxford University Press.