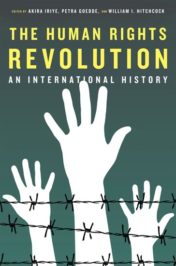 US President Donald Trump traveled to Singapore to negotiate urgent nuclear matters, and not to discuss North Korean violations of basic human rights. Nonetheless, any such willful US indifference to these violations in another country, especially when they are as stark and egregious as they are in North Korea, represents a sorely grievous disregard for America’s vital obligations under international law. Moreover, because these core obligations are an integral and incorporated portion of US law, this President’s open indifference to North Korean crimes is also, arguably, a violation of the laws of the United States.

Under various mutually reinforcing norms of both national and international law – norms that are known formally as “peremptory” or “jus cogens” rules because they can permit “no derogation” —an American president has no right to ignore North Korean crimes against human rights because “there are other bad guys out there.” Jurisprudentially, at least, such an evident presidential non sequitur is neither a proper nor exculpatory “plea.” Additionally, the US Declaration of Independence codifies a social contract that sets human rights infringement limits on the power of any government. In essence, because justice, which is based on “natural law,” binds all human society, those specific rights articulated by the Declaration cannot be reserved exclusively to Americans.

Instead, these rights necessarily extend to all human societies, and, following the authoritative Nuremberg Tribunal judgments of 1945-46, can no longer be considered merely issues of “domestic jurisdiction.”

Incontestably, this is the law. For Mr. Trump to suggest otherwise would be both illogical and self-contradictory, as it would nullify the immutable and universal “law of nature” from which the Declaration — and indeed, the entire United States Constitutional Republic — derives. To be sure, very few Americans are even remotely aware of this history or corollary jurisprudence, but the facts and the law still remain valid and binding. Speaking of history, the actual conveyance of natural law thinking into American Constitutional theory was largely the work of John Locke’s classic Second Treatise on Civil Government.

Today, for Trump’s benefit, it is worth noting that the well-known American duty to revolt whenever governments commit “a long train of abuses and usurpations” flows directly from John Locke’s core idea that civil authority can never legitimately impair any person’s natural rights. Derivatively, Mr. Trump’s properly criticized current policy of separating parents and children among refugees to the United States fleeing insufferable regimes elsewhere is prima facie a violation of international law and its variously codified US incorporations. In this connection, it also goes without saying that any such US violations seriously impair our national interests and our ideals at the same time.

Human rights in other countries which an American president is currently negotiating with are always an obligatory concern under certain intersecting expectations of international and national law.

Accepting the aptly famous legal maxim – jus ex injuria non oritur, “rights do not arise from wrongs” — Mr. Trump should at least grasp the fundamental traditions and laws of his own country, and ought to finally acknowledge them as the only permissible standard for further global interactions.

The basic principles of the international law of human rights are already incorporated into statutes of the United States. Accordingly and unequivocally, the US Department of State is required to enforce the human rights provisions mandated by sections 116 (d) and 502B (b) of the Foreign Assistance Act of 1961, as amended. The express purpose of these provisions is to better ensure US support for human rights across the world.

Founded upon an irrational fear of both past and future, the Trump administration’s unhidden indifference to indispensable human rights (both internationally and nationally) is already generating a fearful kind of national aloneness, an anti-intellectual orientation that is inherently flawed and openly self-defeating. For the United States, and for the world in general, meaningful survival and progress now mandate renunciation of the long-discredited principle, “Everyone for himself.” Now, to be sure, it is no longer even possible to cite as “realistic” a national foreign policy that is at explicit cross-purposes with worldwide dignity and human well-being.

Gabriela Mistral, the Chilean poet who won the Nobel Prize for Literature in 1945, once wrote that crimes against human rights carry within themselves “a moral judgment over an evil in which every feeling man and woman concurs.” At this particularly perilous time in our US presidential history, a last real hope for preventing such evil must lie in enhanced compliance with the complementary imperatives of America’s basic traditions and its relevant laws. With such compliance, and not with the plainly conspicuous degradations of “America First,” this country could still replace US President Donald Trump’s patently unlawful disregard for compassionate and purposeful human interactions with a desperately-needed ethos of national and planetary renewal.

Whether or not they represent a conscious US foreign policy objective, human rights in other countries which an American president is currently negotiating with are always an obligatory concern under certain intersecting expectations of international and national law. Accordingly, President Donald Trump’s unhidden disregard for truly basic human rights in North Korea represents a grievous and concurrent violation of both systems of pertinent jurisprudence. To avoid similar violations in the future, Mr. Trump should pay much closer attention to America’s philosophic origins and to strongly reinforcing norms of the unalterable law of nations.